Crystal Palace summer signing Ebere Eze is set for more game time in the Carabao Cup after he impressed manager Roy Hodgson during the 1-0 win over Southampton.

The 22-year-old had to settle for a spot on the bench on Saturday after he only returned to training following a groin injury at the start of this week.

Despite his recent fitness issues, Hodgson trusted the playmaker to make his first Premier League appearance with 11 minutes left at Selhurst Park.

It was only a short cameo and yet the former QPR attacker provided a glimpse of why the club parted with £16million for his services and now he could be in line for his full debut away to Bournemouth on Tuesday.

Hodgson said: “I expect him to kick on even further from the wonderful seasons he has had with Queens Park Rangers. He has been a real star in the Championship and everyone has recognised his talent.

“We were not the only ones to look at him and I expect him to work hard, continue to progress his career and show the same level in the Premier League.

“He’s a confident young man, he has a lot of ability and that was obvious in the last 15 minutes. It was a tough ask to come on and if he had made a bad mistake, some people would have pointed that out, but he was diligent in his defensive work.”

Eze scored 14 goals for QPR last season and has caught the eye at his new club in his limited training sessions.

And if the England Under-21 international had not suffered a slight groin injury at the end of August, he may have started against Southampton.

Hodgson can be cautious to introduce new signings and younger players before they are fully integrated into the side, but Eze appears the exception to the rule.

“It was mainly because he had so little game time,” the Palace manager responded when asked why the new recruit was on the bench.

“We knew this was going to be a very physical and tough game and therefore we thought the best thing to do for him, the team and the club was to have him in reserve.

“I think it worked out quite well because, when our wide midfield players were beginning to tire, I was able to put him on and even in that 15 minutes he was able to showcase the qualities he possesses.”

The clash with Bournemouth on Tuesday could provide Eze the perfect test and opportunity to show he is ready to step up to the top flight.

Hodgson described the Cherries as “still basically a Premier League side” after they only suffered relegation on the final day of the season in July. 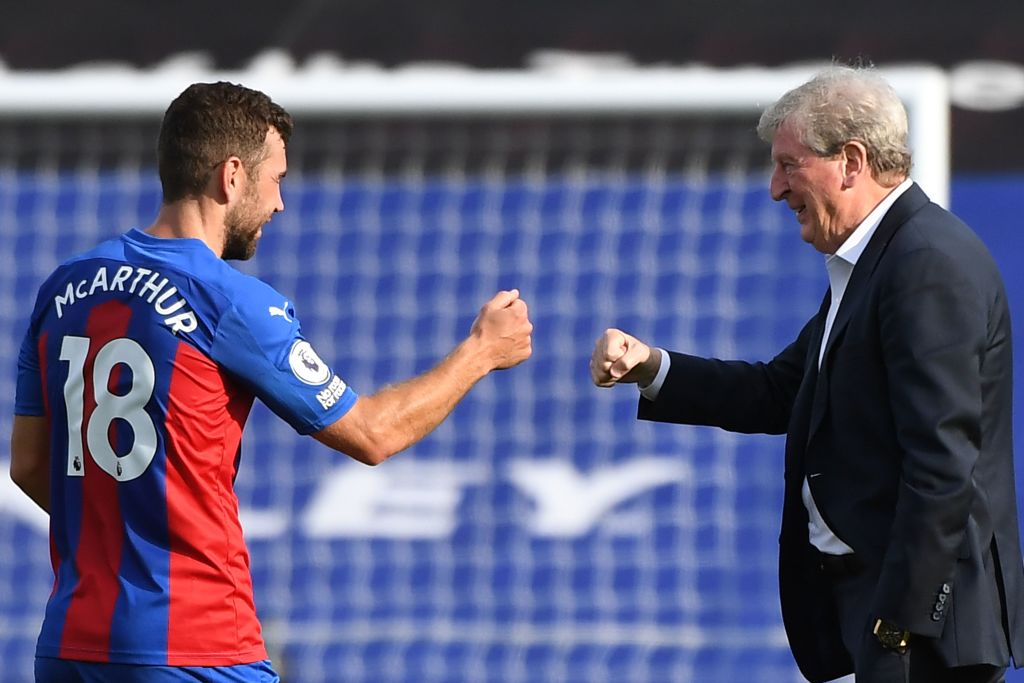 Since then, Eddie Howe has left the Vitality Stadium and been replaced by assistant boss Jason Tindall, who won his league opener against Blackburn on Saturday.

Palace will make changes for the south coast trip and while Jairo Riedewald adds to an already lengthy injury list with a muscle strain, he is not expected to be sidelined for long and Christian Benteke is set to join Mamadou Sakho in a return to full training next week.

“My worry is that if I continue playing this same 11, am I going to be able to play them in the next Premier League game?

“Somehow I’ve got to find a way of giving some of these players a rest, as most managers do in the Carabao Cup, without embarrassing us.”