Home » Soccer » Diogo Jota’s Liverpool impact: Where does he rank in list of Klopp’s strikers?

When Liverpool signed midfielder Thiago Alcantara from Bayern Munich on September 18 it was not a shock to observers given their interest through the summer.

But 24 hours later, eyebrows were raised when Diogo Jota signed for £40million from Wolves, having scored 16 goals and provided six assists in two Premier League seasons.

It was a modest record and Jota was expected to play the role of deputy to the formidable front three of Roberto Firmino, Sadio Mane and Mohamed Salah.

However, the 23-year-old is now putting considerable pressure on Jurgen Klopp to break up the decorated trio after a blistering start to life at Anfield.

Klopp has worked with a number of fine forwards during his managerial career and Mirror Football takes a look at how Jota compares. Barrios led the line for Klopp in his early years at Dortmund manager.

23 and 21 goals in back-to-back seasons were a decent return but in his third season, Lewandowski's arrival saw him drop down the pecking order.

The Polish striker was an unknown quantity when he arrived from Lech Poznan in 2010 and his first season saw him score just nine goals.

But alongside Reus, Lewandowski exploded into life in front of goal with 30, 36 and 28 goals in his next three seasons.

Klopp and Dortmund were dismayed to lose him to rivals Bayern Munich.

Dortmund captured one of the rising talents in German football when they signed Reus from Borussia Monchengladbach.

Reus' pace and flexibility were an important element of Klopp's attack.

The only thing stopping him from reaching greater heights was injury. 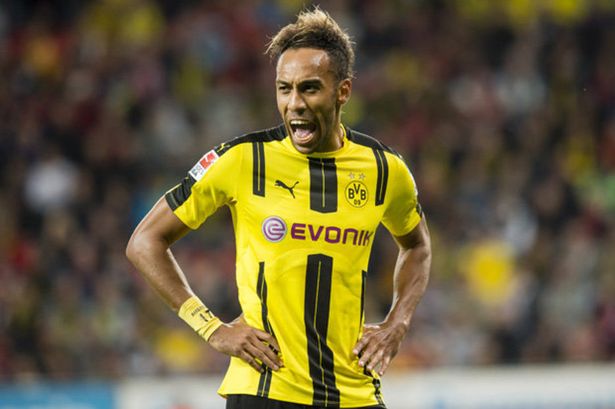 After a prolific record in Ligue 1, Klopp and Dortmund took a gamble to bring Aubameyang to the Bundesliga.

Aubameyang's first season under Klopp saw him bag 16 goals but he made a big improvement the following year with 25 in all competitions.

Injury meant Sturridge was never truly able to reproduce the form he showed under Brendan Rodgers with Klopp.

Firmino had underwhelmed under Rodgers and his future was uncertain when Klopp arrived at Anfield.

But Klopp had the key to unlock the Brazilian's obvious talent and his role as the link man for Liverpool has been vital.

He may not score many goals for a striker but his influence is far wider.

Never a regular under Klopp but a reliable presence off the bench.

His heroics in their 2019 Champions League success will never be forgotten by Klopp and the fans.

The Egyptian has been a revelation for Liverpool since arriving in 2017.

Last month he became the 17th player in the club's history to score 100 goals and is showing no signs of slowing down. Klopp's first big-money signing and Mane has proven to be worth every penny and more.

The Senegal star has elevated his game under Klopp to become one of the best attackers in the world.

His energy, goals and skill have been crucial to Liverpool's success in recent years.

Liverpool most recent striker signing, who is already proving to be value for money.

Seven goals in 10 games is a phenomenal start and he has seamlessly adapted to increased expectations at Anfield.

And if he can keep Firmino out of the team, he must be doing something very right.