In a summer which saw Lionel Messi join Paris Saint-Germain, Chelsea smash their transfer record to sign Romelu Lukaku and Manchester City miss out on Harry Kane, despite a summer long pursuit, there was one deal which stood out above any other with Cristiano Ronaldo sensationally returning to Manchester United.

The international break has delayed the 36-year-old’s second debut for the club he represented with such distinction between 2003 and 2009, but Ole Gunnar Solskjaer is certain to unleash his latest signing against Newcastle on Saturday.

Ahead of what is sure to be an historic occasion at Old Trafford, one of Ronaldo’s former teammates, Dimitar Berbatov answers the five biggest questions surrounding the return of the Portuguese superstar…

How will Solskjaer manage Ronaldo’s desire to play every game? 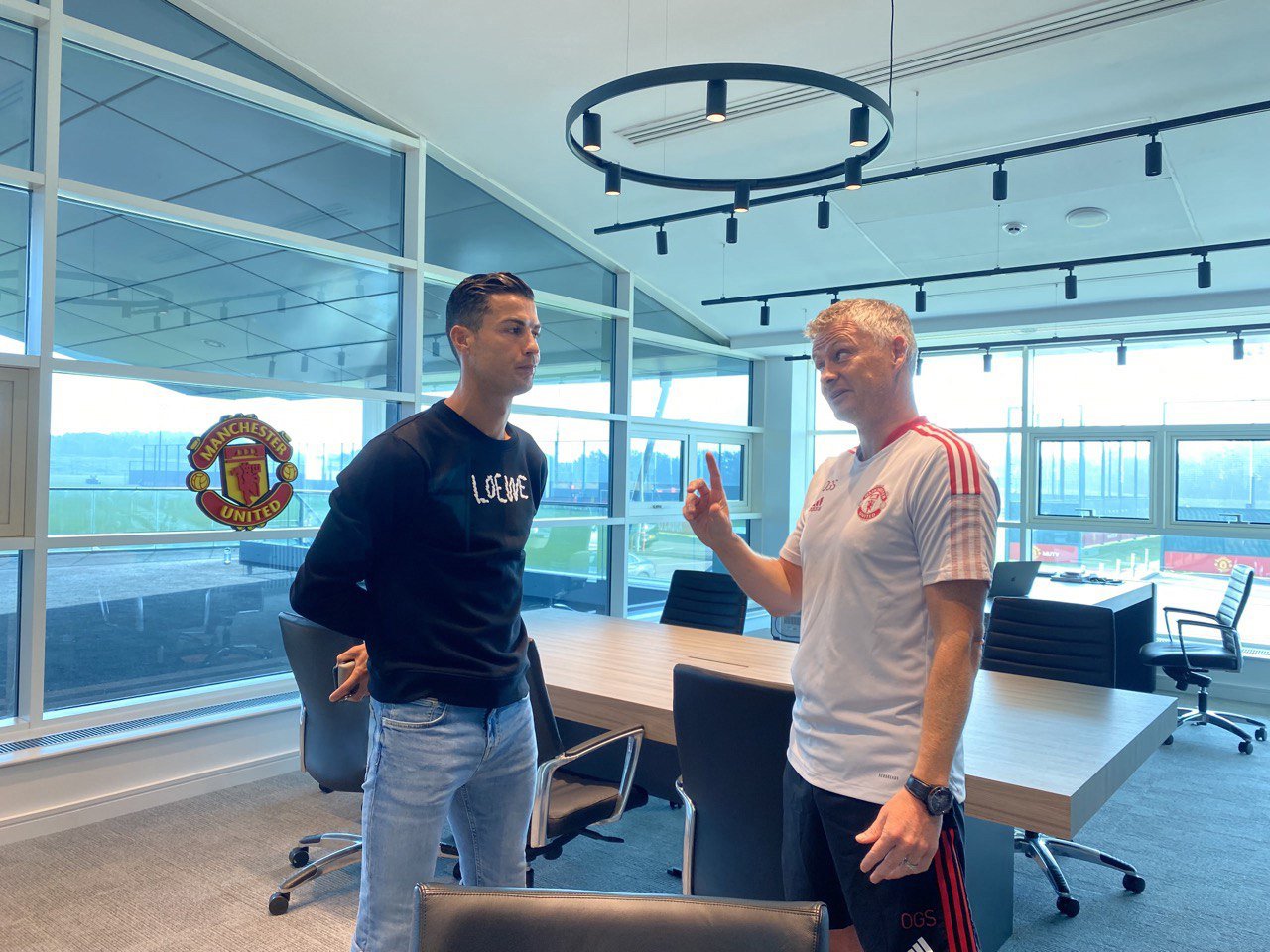 ‘Firstly, will Ronaldo want to play every game? Because yes he’s a serial winner, yes he has wanted to play every game throughout his career and every player wants that, but now he’s 36 and the time waits for no one,’ Betfair Ambassador, Dimitar Berbatov told Metro.co.uk.

‘He’s more mature and I’m very curious to see exactly how Ole is going to manage this situation. Ronaldo’s done it all, he’s seen it all. He’s going to have a good conversation with Ole and because there are five strikers in the team now, everybody brings something a bit different.

How will Ronaldo slow down the progress of Mason Greenwood?

‘Hopefully the young boys, especially Mason Greenwood because I think he’s a great talent with a great finishing ability, they can benefit the most because he can ask, he can watch he can learn.

‘That guy Ronaldo is a living legend and he’s in your dressing room. If you don’t take your chance to learn something from him then it would be a waste of time and you can see how he prepares, how he stays after training, how he takes care of himself.

‘And this way you can raise your bar and develop your football skills even more. Greenwood, he’s a natural finisher. At the moment he is playing because he deserves to play. No one is going to give you anything at United like that, you need to deserve it.

‘In the case of Mason, i’m so happy for him because he’s an academy product, also Rashford as well. Imagine Mason left or right, or Rashford or Sancho and Ronaldo in the middle. During training they need to ask questions, watch and observe. But they need to deserve to play, this is very important. Don’t take anything for granted. Train hard and they play.’

‘We will see what Ole decides to do. In football clubs, I always say, there is hierarchy and when Ronaldo comes, automatically he is first choice, he wants to play. He’s 36, maybe he’s not going to be so productive in defence. But if he’s still the guy who brings you goals, who makes assists then this is what you have to sacrifice.

‘Sometimes you sacrifice yourself knowing that this guy is going to bring you three points, knowing he’s going to bring that special moment when the game is not going well. Is it a free kick or a corner kick. And you sacrifice yourself for the good of the team. Sometimes Ronaldo can do the same, ‘boss I understand I’m a bit tired I’m not going to play, some of the young players play’. It’s a two way street.’

‘It’s going to change, Bruno [Fernandes] taking the set pieces is not going to happen. In football there is a hierarchy in every club, you know it as a football player. When someone like Ronaldo comes, when someone is your captain for your country, someone who is one of the best in the history of football.

‘You will show respect and whether you like it or not he’s going to take the penalties and the free kicks unless the guys have a conversation. When you’re 25 you see football differently. When you’re 36 you see it another way. So they will talk and find a solution.’

What is Man Utd’s best front three with Ronaldo?

‘I would put Ronaldo as the centre forward through the middle, I would put Mason Greenwood on either the left or the right because he deserves to play and I’d put Sancho on one of the wings as well.

‘Automatically everyone connected with United is very excited that Ronaldo is back and everyone automatically thinks that with Ronaldo the title is in United’s hands right now. But that’s not the case.

‘Liverpool, Manchester City, Chelsea, these three teams are playing great football with great players and great managers. Its going to be interesting to see how United is going to fight with these teams. Yes Ronaldo is raising the bar, Ronaldo automatically means more goals and title contenders.

‘But it’s a long way until the finish line, and well see what is going to happen. Ronaldo is there to bring the trophies and if at the end of the season, if United didn’t win any silverware, its going to be a failure in my opinion.’

Dimitar Berbatov was speaking ahead of the launch of Betfair’s new VAR-Batov series, where the Premier League legend will be judging the unfair moments in football that affect so many punters. Watch the first in the series on Betfair’s twitter next week.