Diego Costa ‘fake coughs’ as he passes reporters at Anfield

Arsenal face even more competition for Diego Costa’s signature with a third Premier League club registering an interest in the free agent. Costa fell out of favour under Diego Simeone this season and Atletico agreed to terminate his contract.

“The striker asked to leave the club for personal reasons a few days ago and on Tuesday signed the termination of his contract,” Atletico said in a statement.

“The club thanks Diego Costa for his dedication during these years and wishes him well in the next stage of his professional career.”

Arsenal have emerged as serious contenders for his signature with Mikel Arteta keen to add more firepower in the January transfer window.

Pierre-Emerick Aubameyang has struggled for goals this season with only five clubs scoring fewer than Arsenal in the Premier League so far.

JUST IN: Man Utd identify defender transfer target who Arsenal could not afford 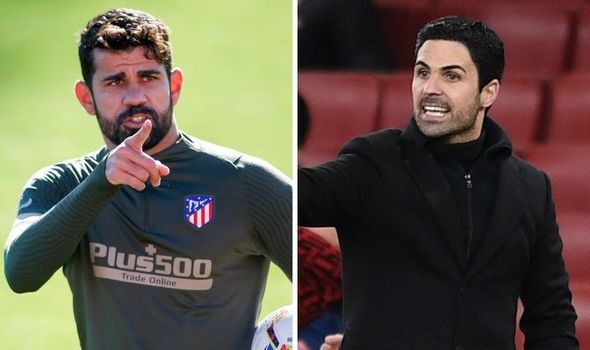 Costa has a proven track record in the Premier League and played a huge part in Chelsea’s title-winning seasons in 2015 and 2017 before leaving in controversial circumstances.

But Arsenal aren’t alone in having an interest in signing the former Chelsea striker.

Tottenham are also said to be considering an approach for Costa with Jose Mourinho keen to reunite with the forward.

And according to The Sun, Wolves are also weighing up a move for the 32-year-old.

Nuno Espirito Santo has seen his side struggle for goals ever since Raul Jimenez suffered a fractured skull against Arsenal last month.

The Wolves boss has thrown in summer signing Fabio Silva to lead the attack on occasions ever since, but the teenager has struggled to make an immediate impact.

There remains no timeline on Jimenez’s return for Wolves though, meaning Portuguese head coach Nuno will want to bring in a more experienced forward to lead the line.

Signing Costa would likely be a short-term fix for any club though given his age and he’s built a reputation for upsetting the apple cart at clubs. 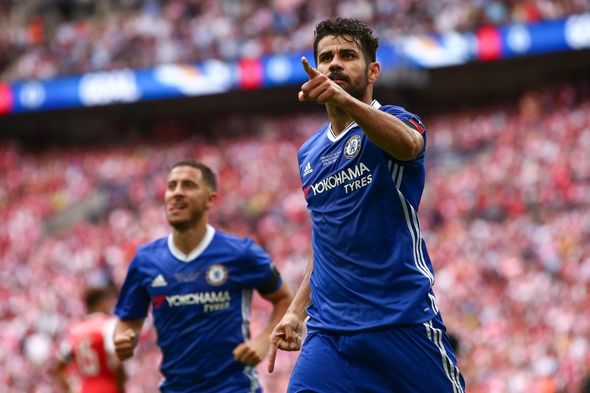 At Chelsea, he moved into self-imposed exile to force through an exit after receiving a text from former boss Antonio Conte that he was no longer in his plans.

And after falling down the pecking order at Atletico behind Luis Suarez and Joao Felix, Costa began training alone to force a January exit from the club.

Costa will also likely need to take a huge paycut in order to seal a return to the Premier League having previously been on £270,000 a week at Atletico.

The Spaniard is also attracting interest from elsewhere with clubs from South America and the Far East, but his preference is reportedly to stay in Europe.