Home » Soccer » Desailly: No team will touch France at the World Cup

No team will touch France in Qatar. They are amazing! With 100 days to go until the World Cup, Les Bleus legend MARCEL DESAILLY talks maverick midfielders, 1998 glory and Kylian Mbappe magic

When France were World Cup winners in 1998, Zinedine Zidane scored two goals and Brazil’s Ronaldo had a seizure and nearly missed the game.

That, we will never forget. What is often lost amid memory of the final is that Marcel Desailly was sent off. What is less known still, is what happened next to the French defender.

‘I was taken to a doping room because I was on the list to be tested,’ begins the former Chelsea star, who was shown a second yellow card after 68 minutes in Paris with his side leading 2-0.

‘I said, “No, I cannot be locked away!”. I could not be in a room with no TV, not knowing what is going on, thinking the whole country is going to knock on the door because it is my fault they lost the World Cup! I had the fear, big time. I was angry and I made a bit of a scene. 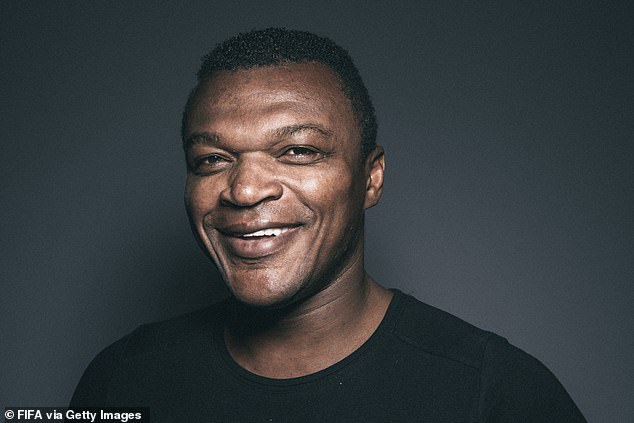 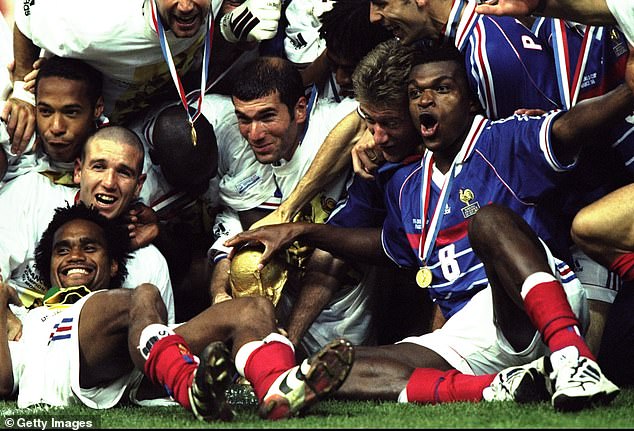 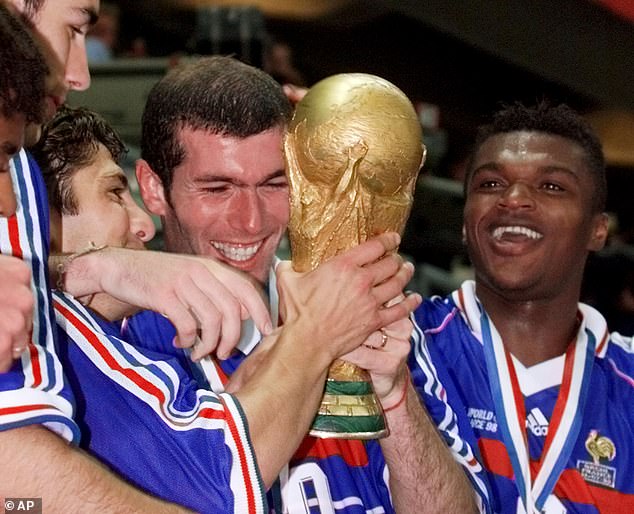 Desailly celebrates with team-mates including Zinedine Zidane, pictured with the World Cup

‘I barged my way out and watched the match, but that stress… finally, we won 3-0. And yes, I eventually came back to the doping room to do what I had to.’

It was a golden moment for a golden generation, including captain and current national team boss Didier Deschamps and Arsenal favourites Thierry Henry, Emmanuel Petit and Patrick Vieira. They went on to win Euro 2000 and headed to Japan and South Korea to defend their World Cup crown.

In 100 days, in Qatar, France’s current vintage will be bidding to do the same. Twenty years on, however, they will be hoping to fare better than their predecessors, who exited at the group stage after failing to score a goal.

‘In ’98, we were not the best team,’ says Desailly. ‘But after that, we had the anger to prove to the whole world we were the best. From ’99 to ’01, we were No 1. With that there is stress, pressure, and we did not handle it when the World Cup came in 2002. We also had injuries to Zidane and Henry. We had issues with the time zone, with our bodies. A lot of players did not adapt, I was one of them. 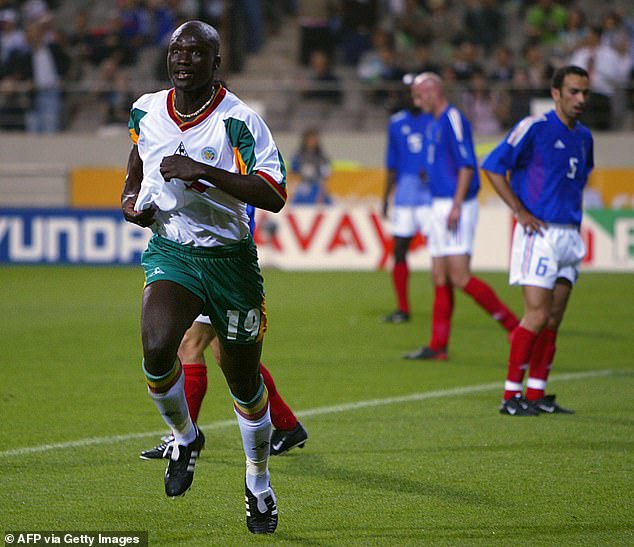 ‘And then we had Senegal… yeah, they gave us problems, real problems (a shock 1-0 defeat in the opening game). We thought we would handle the pressure and turn it into a positive. What happened, the adrenaline went negative.

‘We had the best striker of the English, French and Italian leagues, but we couldn’t get out of whatever it was we were in — we were stuck. We lost our confidence.

‘I was the captain and called a meeting. I said, “Guys, we are world champions, European champions, all of us are experienced. We have two matches to revert this situation”. But we just could not, it was like the mind was not able. It felt like the gods of football had decided differently.’

France’s humiliation began a trend which has seen every subsequent European winner of the World Cup suffer group-phase elimination next time around — Italy (2010), Spain (2014) and Germany (2018). Will that read France, 2022? ‘No,’ fires Desailly, and this one is not up for debate. ‘In 2002, 70 per cent of the team were over 30. We were more aware of what was at stake. This team, they do not realise yet how big their win was in 2018. 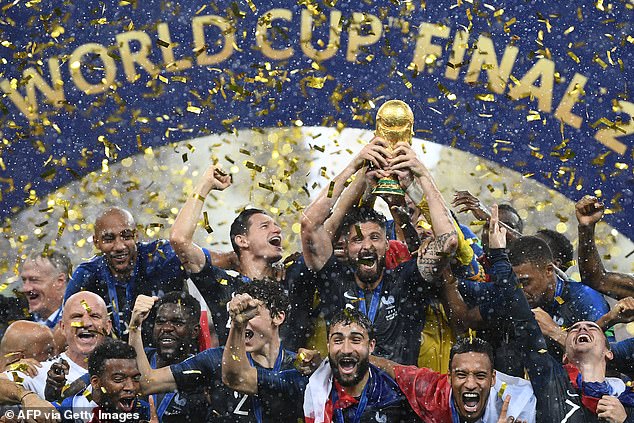 ‘They do not have the weight of the success on their conscience. They are younger, they have a lot more to come. Think of Kylian Mbappe, he doesn’t realise. He is looking for more. I believe they will not face the same pressure.’

I remind Desailly that France flopped at Euro 2020 — beaten by Switzerland in the last 16 — and Mbappe appeared at odds with his team-mates.

‘I don’t see how Mbappe is a problem, no,’ says the 53-year-old, unimpressed by the suggestion. ‘It did not work in the Euros, mainly because the tactical set-up was new. Switzerland took advantage. But Mbappe is an amazing weapon for France. Now, you have Karim Benzema, too. I expect that France will brush away the Brazilians, Argentinians, Holland , Belgium. I believe France can win it.’

You didn’t mention the English?

‘The intensity of the competition does not allow them to express themselves. All of the time there is doubt around your squad. You had a magnificent generation from ’98 onwards, and they did not make it. Why? Probably because of France! This team has the same grade of player, but it is too early. 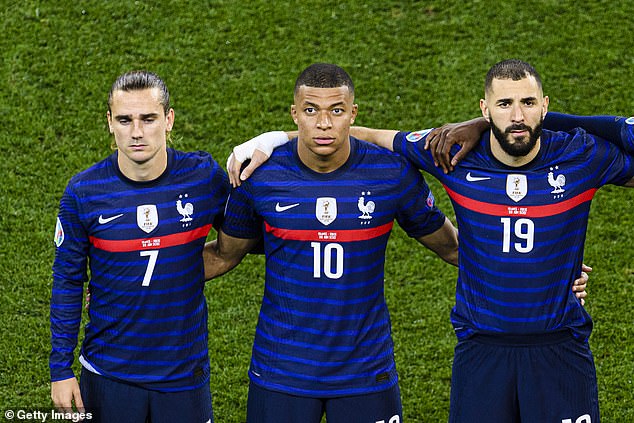 ‘But look at France. Take them one by one, that first XI, it is just amazing — no other team has that, yet.’ There is one player Desailly perhaps does not fancy as much as the others, and Sportsmail columnist Graeme Souness will no doubt be prodding this page in agreement. So, what about Paul Pogba?

‘When you place him as a defensive midfielder, you have to play someone at his side. He has so much talent but he does not like, in the intensity of 90 minutes, to be committed to defence.

‘Sometimes, he is lazy on the intensity to get to the opponent’s feet and get the ball. Like N’Golo Kante would do. But Pogba is more than a defensive midfielder. We just don’t know where he will play. We are still looking for his best position.’

One player Desailly and Souness do like is Zidane. Souness recently included him in his top five of all time, and a chat with Desailly cannot pass without mention of the France legend. 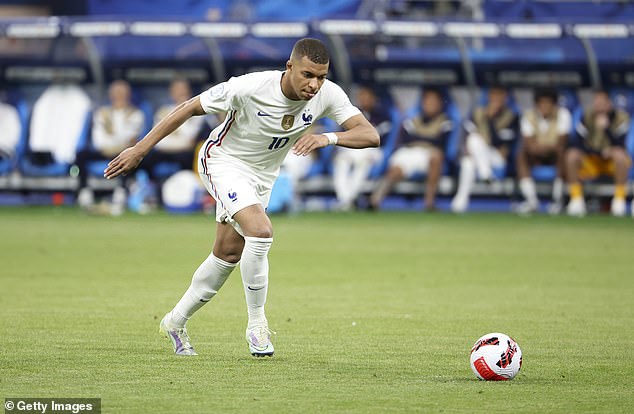 France possess one of the world’s top players in Kylian Mbappe, who will look to fire his team to glory in Qatar 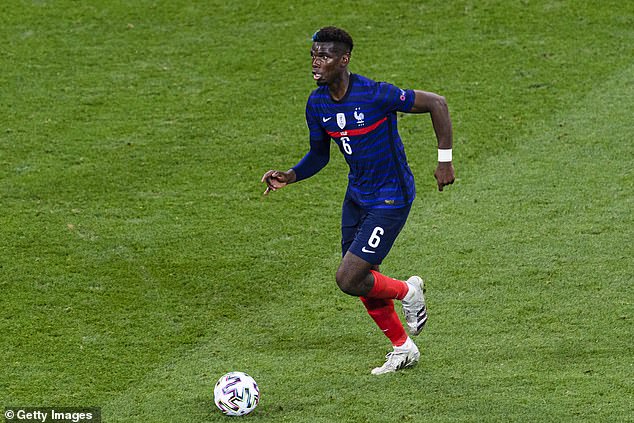 ‘I remember playing for Milan against Bordeaux (in 1996) and that was when I really noticed him — he made the difference, like a magician. The ability and use of the ball, it is just amazing.

‘But come the World Cup in ’98, he was very nervous. He is an introvert. He doesn’t talk much.

‘But inside he is boiling. During the World Cup, he boiled over. He got the red card (group stage against Saudi Arabia). He had that temper.

‘After that, we talked to him and said, “Now, you must concentrate on when you come back, we need you. You are our leader. We don’t need you to go left, right and defend. We have Petit, Vieira, Deschamps. They can run for you. Just focus on your game”.’ 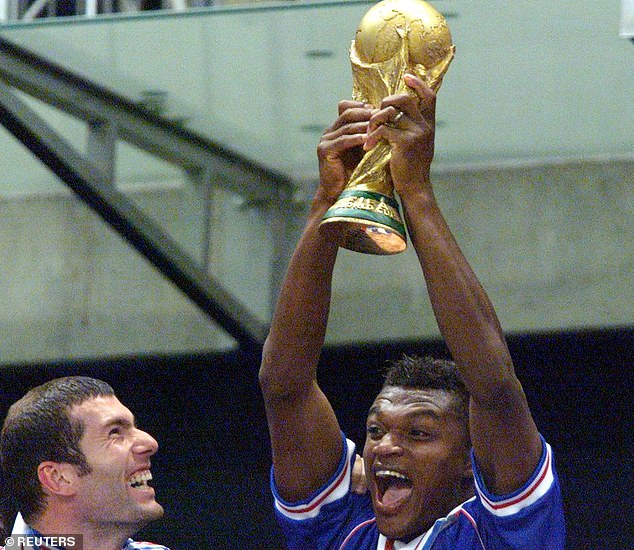 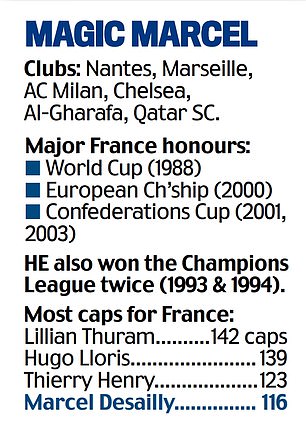 ‘When we beat Paraguay (in the last 16), you could see how relieved he was (Zidane was suspended). All day you could see tension on his face. When we won, it was like, “Wow, now is my time to shine”.

‘But he did not perform against Italy in the quarter-final. Even in the semi-final against Croatia, the stress, the adrenaline, there was something that did not allow him to express himself.

‘He got his opportunity in the final, and he did not let it pass. The rest is history.’

Desailly will be in Qatar to see if the team he rates so highly can make history of their own by becoming the first nation in 60 years to retain their title. He has been working as an ambassador for the tournament, having finished his playing career in the country.

‘The infrastructure is there,’ he says, when pressed on their readiness to host. ‘The country will be full of energy. It is good to share and show that passion across all continents.

‘As for the teams, there is less movement and recovery is easier. I believe we will see one of the best World Cups for quality and entertainment.’

A final as iconic as that of 1998 would certainly be most welcome.

With just 100 days to go, fans travelling to Qatar are reminded to apply for their Hayya Card now, which is needed to enter the country and stadiums and to use free public transport.