Troy Deeney reveals how he battled Covid-19 in hospital for five days while also ‘peeing BLOOD’, with Watford star stating the virus left him with ‘no immune system’ and fearing for the health of his five-month old son who suffers from breathing issues

Troy Deeney has revealed his horror battle with Covid-19 that left him fearing for his family’s safety as well as how it led to him suffering a range of serious health issues.

The Watford striker contracted the virus near the start of the outbreak last March after seeing his temperature rise to 39.6 degrees, before he was forced into hospital.

After being placed on a drip, Deeney spent five days in hospital where he admits picking up many other health issues and that even after returning home he was still suffering greatly from the virus’s impact. 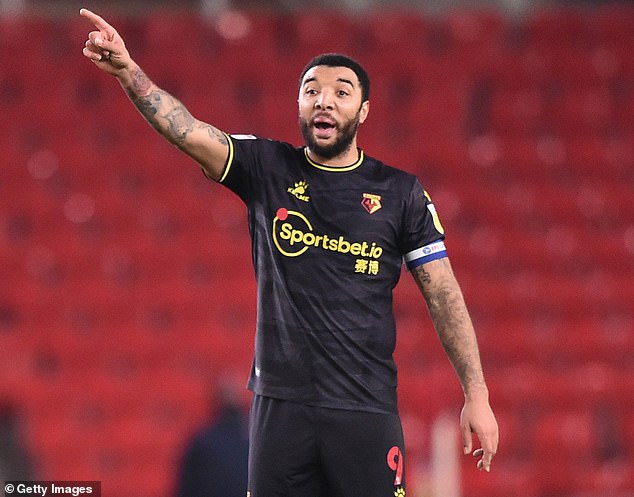 ‘It riddled my body,’ Deeney told the the Evening Standard. ‘I had kidney problems, lower intestine problems. I was peeing blood as well.

‘I am the “crack-on-with-everything” guy. I’ve played games with broken ribs, toes, whatever. I tried to keep training when I came home. I tried to jump on the bike. I did 15 minutes and I was outside throwing up. The missus was asking what’s up and I said, ‘I can’t breathe’. It just wiped me out.’

Even weeks after leaving hospital, Deeney was still feeling the post-viral effects once the football season resumed in June, revealing how even a stubbed toe would not heal due to his immune system being crippled.

The issue was so serious it led to him having to see a specialist who had to drill holes in his foot leaving him unable to walk. 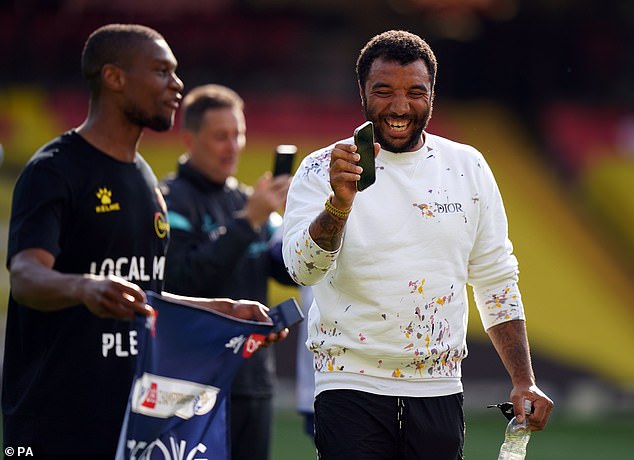 ‘I thought I had got over it and then during Project Restart someone stood on my toe. That happens daily, but my toe was huge,’ he added. ‘The doctor was saying, “You’ve just got nothing, no immune system”.

‘I remember having to drive to Lewisham to see this foot specialist who ended up drilling three holes in my foot. My toe was still big so he had to inject me and just take the nail off with a scalpel as I couldn’t walk.

Deeney was an outspoken critic over football’s return last summer by being one of the most cautious over how safe it was for player to resume in the top flight, stating he wanted to use his experience with the virus as a warning to how dangerous it could be to players as well as their families.

The 32-year-old was left fearing for his family’s health while he was suffering with the disease, with his partner Alisha also left bed-bound for 15 days. Deeney’s son was also only five-months old with breathing difficulties, promoting another huge concern. 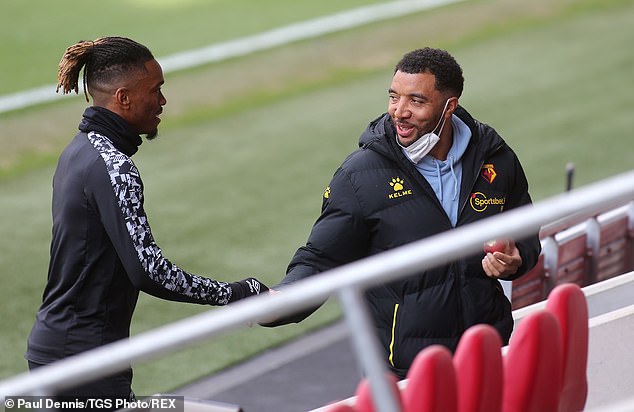 ‘It was more like, “Look, I know what this can do”. My son has got breathing difficulties as well, so I was thinking, am I putting him at risk? Never mind just me being a bit scared around the situation. I don’t want to bring it back to him.

‘I’m meant to be his protector and people were saying, ‘Football is fine’ — but the rest of the world was being told to stay indoors.’

It’s been a more enjoyable start to the year over 12 months on for Deeney, who has been part of a Watford squad that has secured a spot back in the Premier League following relegation last summer.

Although Deeney has been out since February in a campaign where he has suffered achilles and calf issues, he admits he is ‘genuinely buzzing’ to see the Hornets, where he has spent the last 11 years of his career, back in the top flight.