Manchester United boss Ole Gunnar Solskjaer has opened up on how Dean Henderson has reacted to his role as back-up to David de Gea. There was plenty of talk heading into last summer about Henderson’s future at Old Trafford with his loan at Sheffield United coming to an end.

De Gea was coming off the back of another season where he had come under intense criticism for a number of error-strewn displays.

There was some suggestion that Henderson was only going to return to United if he was guaranteed to start on a regular basis.

He would go on to sign terms on a new five-year contract before agreeing to return to the club, but De Gea has remained Solskjaer’s first-choice option.

Henderson has been limited to just 10 appearances in all competitions, with three coming in the Premier League. 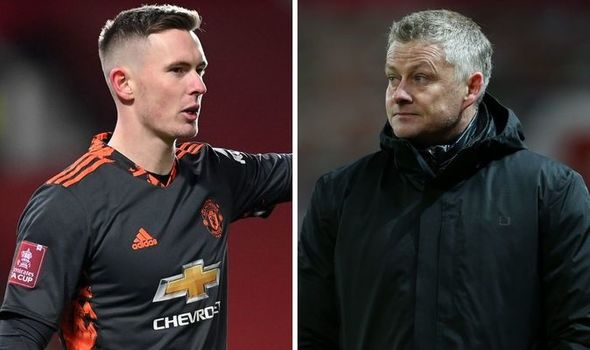 The England international is expected to return between the sticks when United take on West Ham in the FA Cup fifth round on Tuesday.

And Solskjaer has admitted that Henderson is constantly knocking on his door to try and take De Gea’s place on a more regular basis.

“Dean has done very well when he’s got the chance and he’s matured,” Solskjaer said. “For me, he’s developed his game.

“I know he’s not played as many games as he would’ve done last season, but you see every game when he plays and in training his improvement, working hard on a couple of aspects that we’ve spoke about with him.

“I’ve been impressed with his attitude and workrate. Of course he’s, how to say… he’s not the most patient guy.

“He wants to play every game because he knows that he’ll perform well, so long may it continue because he’s improved since he’s come here.”

And the 23-year-old has been backed by Gabby Agbonlahor to replace De Gea as United’s No 1 following the Spaniard’s latest error in their 3-3 draw against Everton at the weekend. 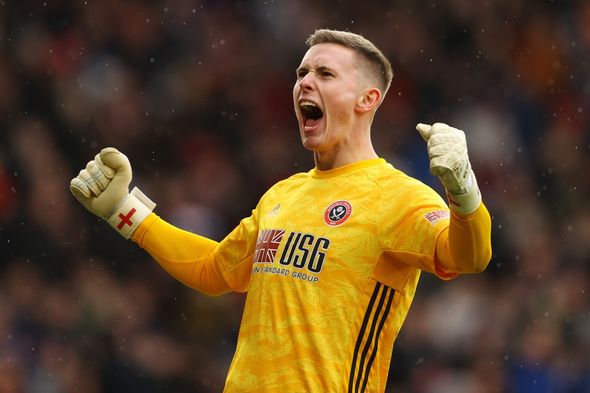 Agbonlahor told talkSPORT: “How many times have we been saying that with David de Gea?”

“Next week he’ll make one good save and we’ll be like ‘all right, it’s forgotten now’.

“For me, Henderson has to start. David de Gea has made that many mistakes for Manchester United, he’s got to come and clear that cross and for the first Everton goal he’s got to do better there, he can’t be parrying it straight into the path of the attacker.

“For me, he’s got to be dropped. But I just don’t see Ole as the sort of manager that’s going to drop him though. No matter what he does, he’s playing.”