David Moyes says the presence of Declan Rice at West Ham is focusing his mind on buying even better players for West Ham this summer as the club seek to build on their presence in the top six of the Premier League so far this season.

With West Ham taking on Tottenham on Sunday, currently well clear of their London rivals, fans and management will be hoping for European football next season.

And having Rice, likely to be in the starting eleven for England at this summer’s Euros, is pushing the club to maintain their progress and so convince the likes of Rice to stay and achieve their ambitions at the London Stadium. 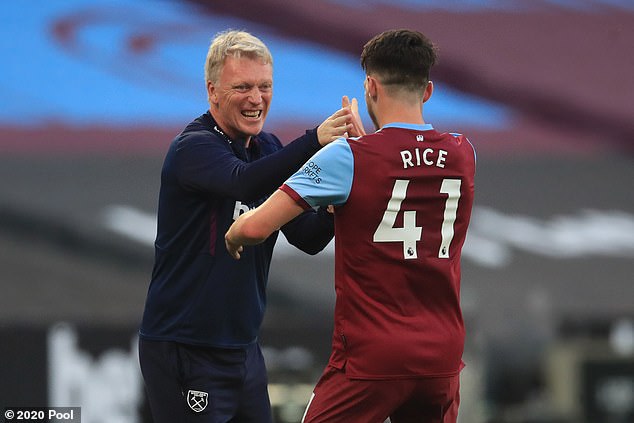 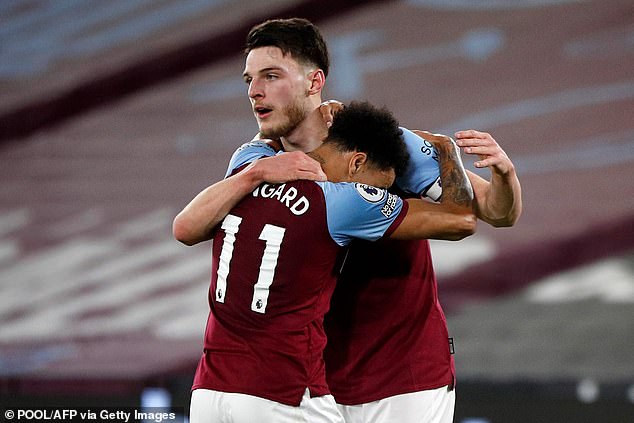 ‘I can tell, looking at him, [that] Declan is pushing me to improve the team,’ said Moyes. ‘I’m looking at him and saying; ‘You’re an England international, possibly a future England captain, and you want me to get you good players. Good players you can play with and who want to get better.’

‘So every day I look at him I think: ‘My goodness, he’s making me find better players in turn to make West Ham better.’ And I think Declan will always be here as long as he thinks I’m going to try and get him good players and players he thinks will help the team get better.

‘Hopefully at the moment he will have liked the way we’ve gone forward and think we’ve brought good players. Jesse [Lingard] has helped us by playing the way he has done and also doing all the basics well and being the good team player that he is, and showing the things that made Jesse so exciting a year or two ago when he was a regular England squad player. 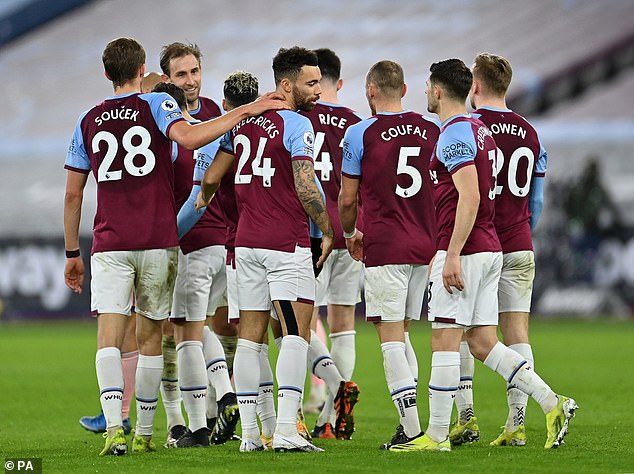 ‘Being in the European positions, and I’ve been here a few times, makes a big difference to how players perceive your club. And when you have a big club in London it’s always an attraction as well.

‘If we could finish near the top it will make us much more attractive to players and clubs in the future, and we want to keep a hold of our good players as well, we want them to think this is the right place to be.

‘I’m hoping that I can change the perception of West Ham through how we perform. But I’m a bit worried about talking about it now because we’re in a good position but we could drop down. People might think finishing ninth or tenth isn’t a good position but at the start of the season it would have been seen as progress and us making big strides from last season. 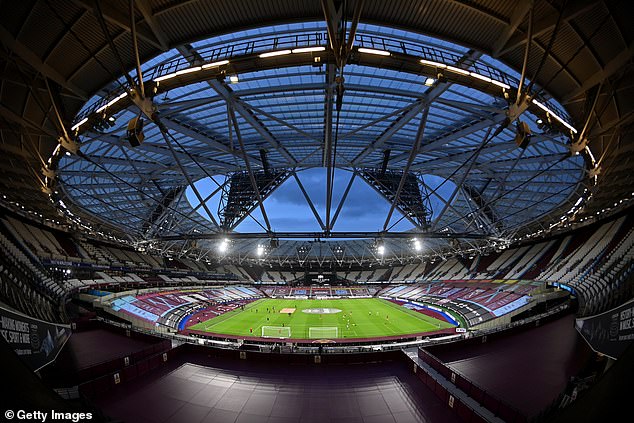 ‘It’s difficult to say where exactly we can be but I want West Ham to be seen as big London club. It has a fantastic stadium, with a capacity to have 60,000 or 70,000 in the future.

‘There could be big gates and full houses here. You could only get that if you have a good team. So we need to try to work first of building and getting those foundations, which means having good recruitment, having people behind the scenes who can make things happen at West Ham and a little how we’re perceived bit in the media as a football club.

‘I think there’s lot of things as a football club we can get better at. My job is to get the team better, that’s a start. And it’s other people’s jobs to try to do the other parts, to try to keep moving West Ham on and hopefully everybody in Europe will start to see us slightly differently,’ 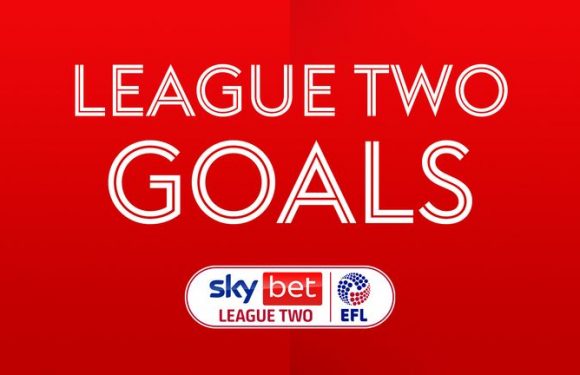 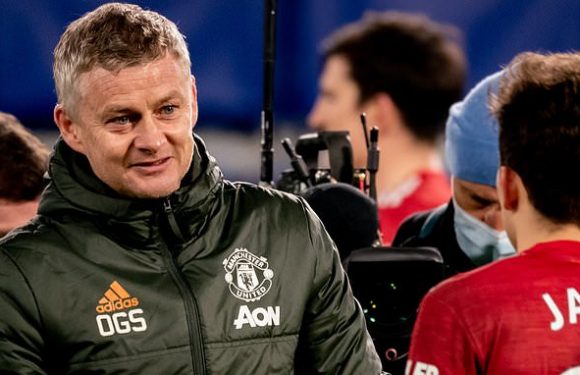 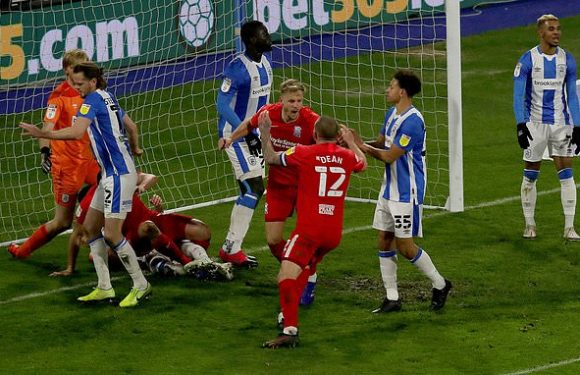