Danny Ings will miss at least four weeks through injury 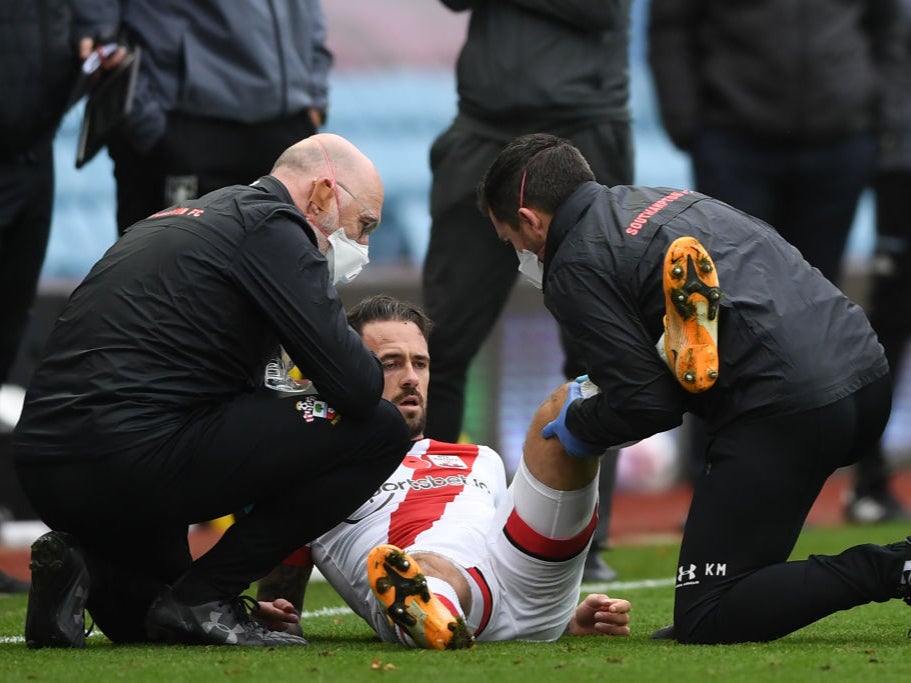 Ings will be out for at least four weeks

Ings was forced off in the 85th minute at Villa Park having earlier scored his fifth Premier League goal of the season.

The 28-year-old was injured in a challenge from Villa substitute Trezeguet and had a scan the following day, which Southampton said had provided “favourable” results.

But the former Burnley and Liverpool forward, who has previously suffered two serious knee injuries which led to long spells on the sidelines, will now be absent as Southampton seek to build on a strong start to the season.

The Saints are fifth in the Premier League and play Newcastle, Wolves, Manchester United, Brighton, Sheffield United and Arsenal in the next six weeks.

Hasenhuttl added: “We are more than Danny Ings. It’s a big loss but it’s important now for other players to give us alternatives.

“Nobody has to play like Danny Ings, every player should play his best possible game.”