Just 17 minutes into the game in Belgrade, Daniel Sturridge had a golden chance. He not only could have put Liverpool ahead from five yards but there was an opportunity for him to demand a bigger role in Jurgen Klopp’s thinking.

He watched, all alone in acres of space at the back post, as Sadio Mane breezed past a defender before delivering an inch-perfect cross that fell at the Englishman’s feet.

A hush descended over the hostile Serbian fans but Sturridge could not finish and sent his effort into the sky. Within 10 minutes of his miss, Red Star found themselves two goals up and Sturridge’s place in the pecking order behind Roberto Firmino had never been more obvious. 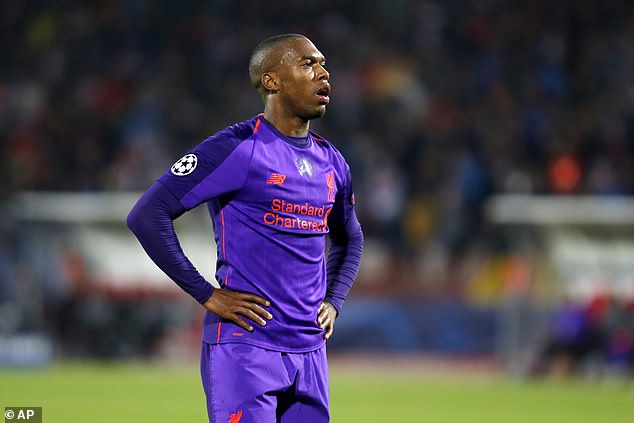 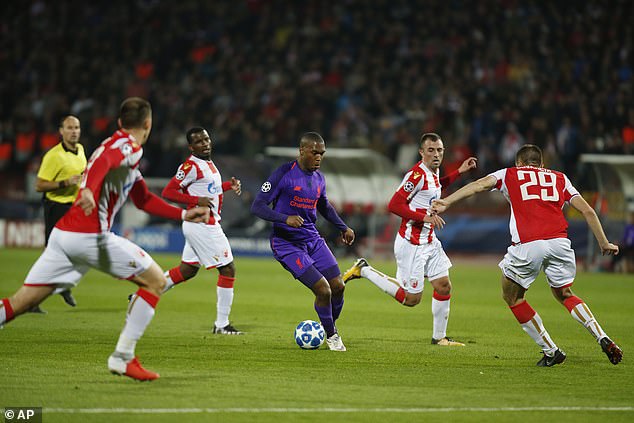 When Sturridge was sent on loan to West Brom last season, these are the nights he dreamed of returning to amid the Baggies’ relegation battle. But in reality it proved to be the stuff of nightmares as he was hauled off at half-time.

Two minutes after his first miss Sturridge had a chance to redeem himself. Mane was crucial in the build-up again and this time he slipped his colleague through on goal down the left. Hesitant to shoot first time, Sturridge chopped back onto his right foot but once again his effort missed the target.

These were not the signs of a player capable of usurping Firmino as the spearhead of Klopp’s attack. The Brazilian must have felt pretty indispensable on the bench as he watched Sturridge’s display.

The electric pace Sturridge brought to Brendan Rodgers’ team when he first signed at Anfield is no longer there. But in Klopp’s system speed is not everything for the central man in the front three. That is what Mane and Mohamed Salah are for. 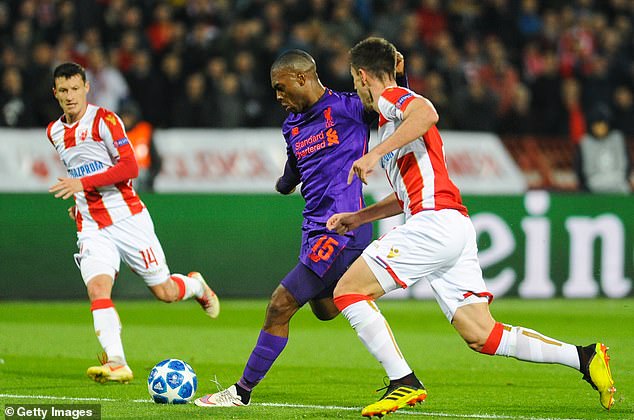 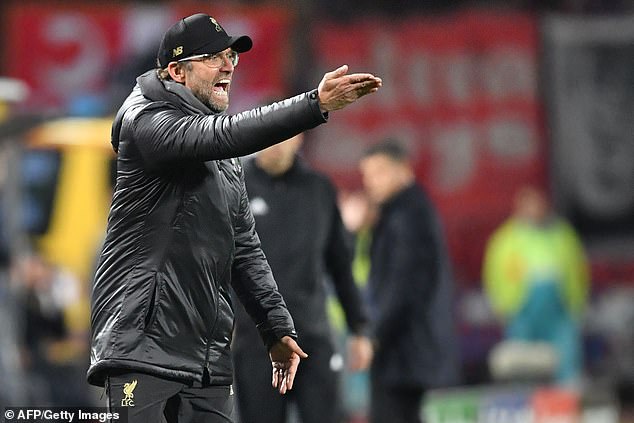 However, what sets Firmino apart from most of the world’s elite forwards, is his ability to win the ball back high up the pitch and launch attacks for the dynamic duo on the flanks to seize upon.

Sturridge either can’t or isn’t willing to lead the pressing game and that completely renders Liverpool’s counter-attacking style ineffective. When he does get the ball, he takes far too many touches, killing momentum and allowing defenders to recover in the process.

It’s clear that the relationship Salah and Mane have with Firmino just isn’t there with Sturridge. He doesn’t read their runs and they don’t spot his movements. It’s clunky and rigid and Liverpool’s attack becomes stagnant.

The Reds didn’t manage a single shot on target in a desperate first half performance and Klopp took action by subbing Sturridge at the break in place of Firmino.

Within minutes of his introduction Liverpool almost cut the deficit. He engineered some space down the left and picked out Mane in the box. The winger couldn’t get a forceful connection on his effort though and Red Star managed to clear. 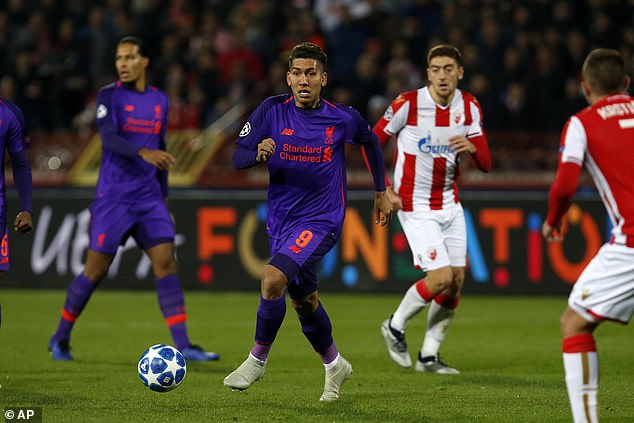 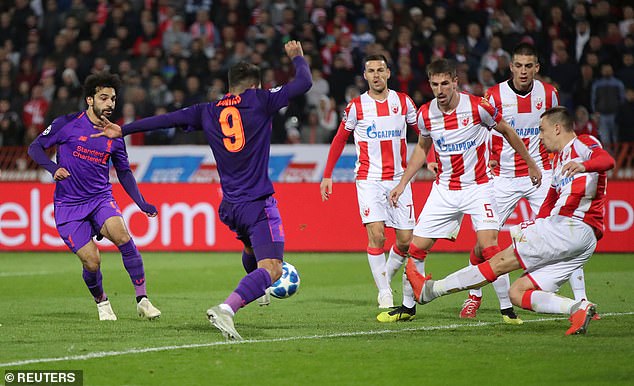 The pace picked up throughout the entire team as they went in search of a way back into the game. Firmino dropped deep to collect the ball and then accelerated past tackles and fed the ball into midfield runners into dangerous positions.

He exchanged neat passes with Andy Robertson down the left but the Scot couldn’t quite dig out a cross of sufficient quality all night. The change in intensity and tempo was stark though and Firmino was pivotal.

The elusive No 9 then chipped up an inviting cross for Virgil van Dijk to attack but the Dutchman headed over at the back post as Liverpool fell to a defeat that throws their chances of progressing into doubt.

As the clock ran down in the final few seconds of the game, Sturridge sat in the dugout with his hood up and a glum expression across his face. After failing to take this chance, he must be doubting he’ll get another in the near future.