Nice and Eze! Level-headed Crystal Palace star refuses to get carried away despite wonder goal in victory over Sheffield United

While anyone who saw Eberechi Eze’s goal of the season contender raved about it, the man himself, to his credit, does not really do getting carried away.

Was it his best moment in a Crystal Palace shirt? ‘Yeah, potentially,’ Eze shrugged in conversation with one pitchside reporter, who suggested that the Palace starlet sounded a little underwhelmed.

In fairness, his account-opening free-kick against Leeds and show-stealing performance at West Bromwich Albion were memorable too. 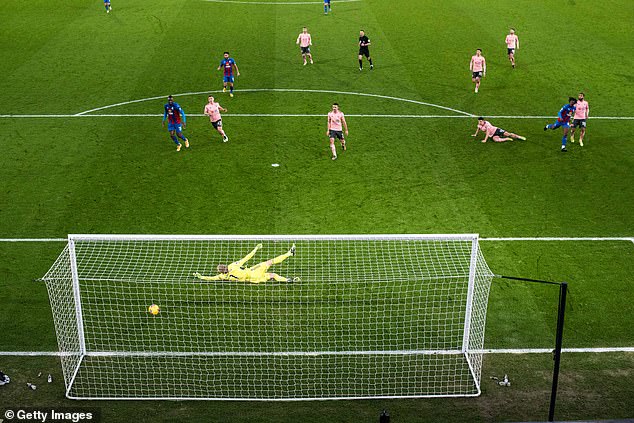 And to those who have worked closely with Eze during his eventful rise to the Premier League, his understated response was instantly recognisable.

As well as his ability to produce the spectacular on the pitch, England Under 21 attacker Eze is known for his level-headed, grounded and humble approach to life off it. He never gets too caught up in the highs or dragged down by the lows.

Such traits were there for all to see in how focus quickly returned after his stunning solo goal just before half-time against Sheffield United — minutes after he replaced injured first goalscorer Jeffrey Schlupp — as well as in front of the cameras later.

Manager Roy Hodgson said: ‘What pleased me most about his performance, strangely enough, was when he scored such a wonderful goal, in the second half he showed the intensity, concentration and determination to defend properly to make certain we weren’t under the cosh in any way.’

The personality traits 22-year-old Eze possesses are considered to be especially vital at the level of sport he has fought hard to reach.

They also helped him on the journey when he was released four times as a teenager by Arsenal, Fulham, Reading and Millwall before QPR eventually gave him the platform to shine.

Such knockbacks would have been knockout blows for other footballers. Since his £19.5million summer move, Eze has been a welcome addition to the Premier League: an entertainer of a player and a breath of fresh air as a character.

He is humble enough to eagerly ask teammates for tips as he adapts to the step up to the top flight and talented enough to then carry them out when it matters. 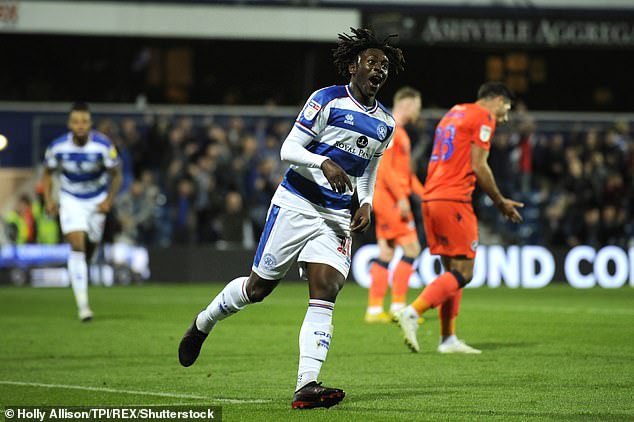 Eze found his wings at QPR after being released by Arsenal, Fulham, Reading and Millwall

Defender James Tomkins said: ‘He’s a lad with so much ability. I said to him after he scored, ‘That is what you have got to do to defenders. Run at them at pace.’

‘He asks me, ‘What things don’t you like?’ When someone runs at you with that pace with that skill, he is a nightmare to handle.’

Wilfried Zaha is another Eze has been learning from. Palace’s long-time talisman has taken his new team-mate under his wing.

Both are capable of conjuring match-winning moments out of nothing. But Hodgson added: ‘I think the whole of the team are helping him improve his game.

‘He realises as a player who is still quite young and has been a major sensation in the Championship, something had to improve and he had to make one further step up when he comes into the Premier League. He’s a young man who has made it very clear that he wants to do that.’ 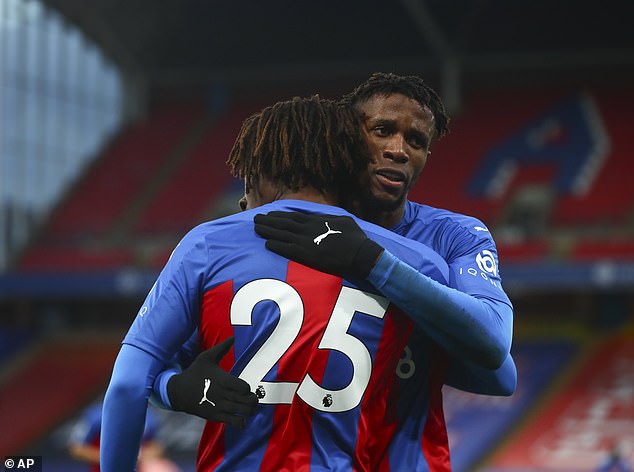 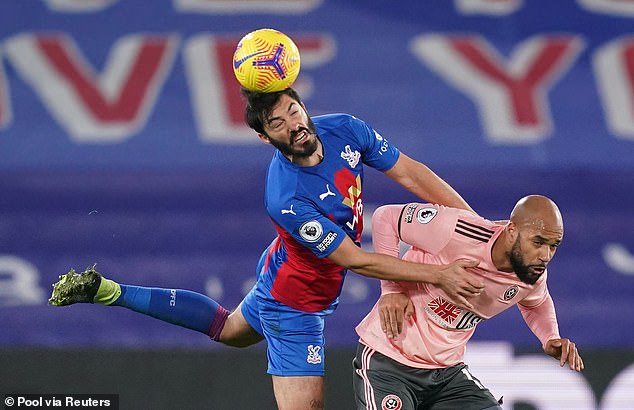