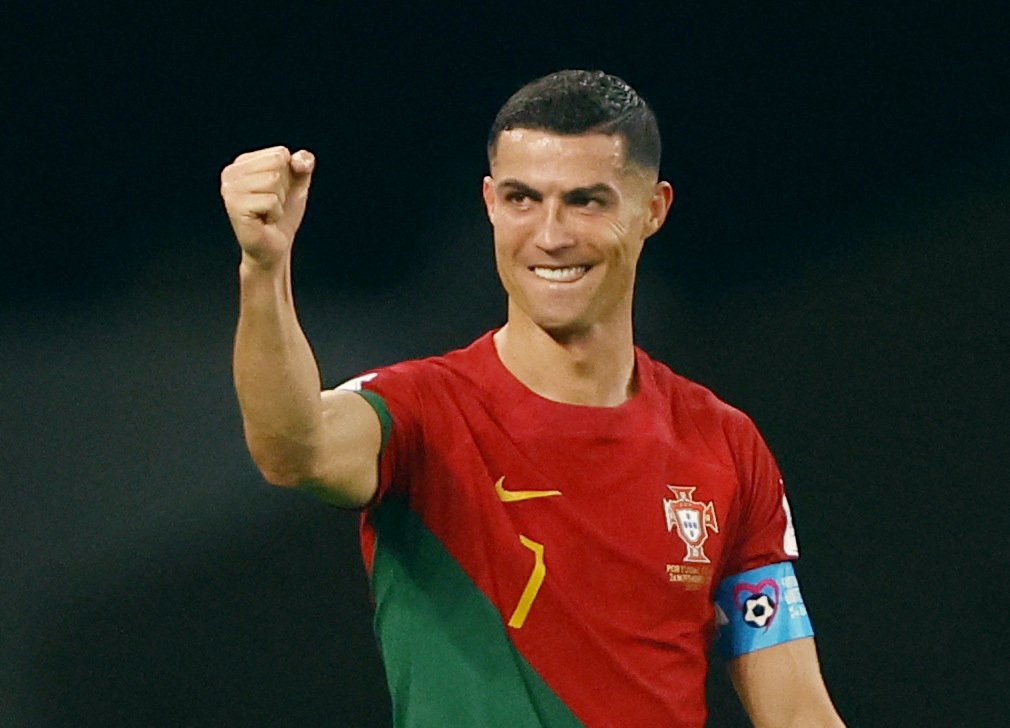 The 37-year-old, who had his contract terminated by Manchester United this week, put Portugal in front from the penalty spot during their World Cup opener against Ghana on Thursday evening.

Before the game, Ronaldo was one of five players who have found the net at in four different World Cups alongside Lionel Messi, Miroslav Klose, Uwe Seeler and Pele.

But Ronaldo’s goal against Ghana means he has now made history by being the only player score in five World Cups.

Ronaldo’s first goal at a World Cup came in 2006 as he scored a penalty against Iran.

In 2010, Ronaldo scored in a 7-0 win over North Korea and in 2014, the five-time Ballon d’Or winner struck a late winner against Ghana, although Portugal crashed out at the group stage.

Ronaldo’s best World Cup so far was in 2014 as he scored a hat-trick in a thrilling 3-3 draw with Spain and netted the winner in a 1-0 victory over Morocco.