Cristiano Ronaldo has been lauded by Juventus team-mate Gianluigi Buffon, who has revealed the Portugal international played a key role in his decision to return to Old Lady. Buffon sensationally moved back to Juventus from Paris Saint-Germain during the summer transfer window after just a year at the Parc des Princes.

Ronaldo joined Juventus from Real Madrid in 2018 and, since then, he’s helped the club continue their dominance of Italian football.

And Buffon has admitted the prospect of playing alongside the Portugal international in Turin was too good to turn down.

Ronaldo scored as Juventus salvaged a draw against AC Milan on Thursday night in the first leg of their Coppa Italia semi-final.

And, speaking after the match, Buffon told Juve’s official website: “I saw a Juve that I liked in the fluidity of the manoeuvres, and that is essential to take control of the game.

“We weren’t as effective as we deserved in the last 20 meters, but as it turned out, we pulled off a good result.

“It does not make you sleep soundly, but it is positive. 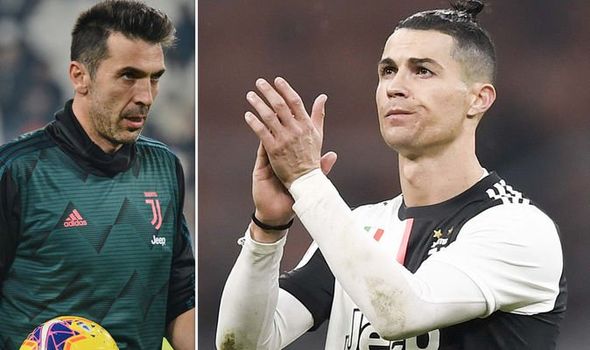 “When you play for Juve, the criticisms are right, because the bar is high and the objectives are important.

“After Napoli and Verona it is right that there were criticism, which can only do us good.

“Ronaldo? He is an incredible champion, playing with him is one of the reasons I came back.”

Juventus have hit a rough patch under Maurizio Sarri, leading to talk the Italian could leave.

Former Old Lady boss Massimiliano Allegri reportedly has the backing of senior figures to take charge, despite only leaving Turin in the summer.

And Leonardo Bonucci has admitted Juventus are struggling to improve under Sarri at present. 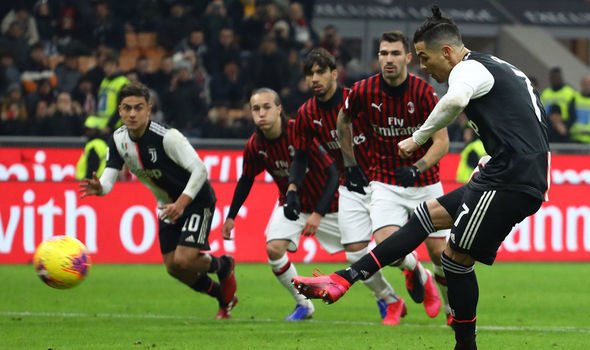 “We are in a phase in which we struggling to continue improve,” he said.

“Football has ups and downs, but tonight, in some places, we came out well from behind; I started seeing dribbles again, and from this we start again.

“If the dribble starts to regain altitude, we will play better even in the final few meters.”

Sarri himself opened up on Juventus’ draw with Milan.

And, while he admitted his side are underperforming at present, the former Chelsea manager insisted he wasn’t fazed.

“I am not worried, as the only real worries in life are your health,” he said.

“It seems a normal phase to be going through, it’s unthinkable for a team to be on a continual ascent.

“This is a sport, so much depends on the physical and psychological conditions of so many players.

“Our growth has stalled a little in the last three weeks, we concede avoidable goals.

“Having said that, we’ve conceded only two more than the best defence in Serie A, so it’s not that much of an issue.”