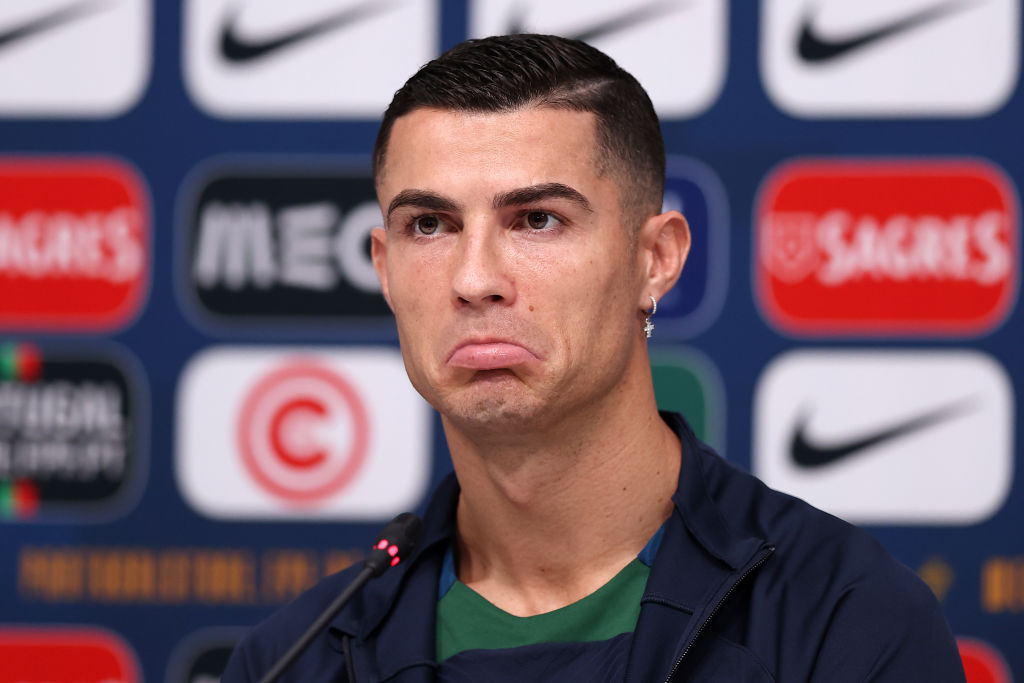 Manchester United’s hopes of signing reinforcements in the January transfer window have been significantly boosted by the decision to terminate Cristiano Ronaldo’s contract.

After consulting with their legal team, the Premier League giants found the 37-year-old to be in breach of contract following his bombshell interview with Piers Morgan last week in which he slammed manager Erik ten Hag and bemoaned United’s decline in the years following Sir Alex Ferguson’s decision to stand down as manager.

United confirmed the news in a brief statement on Tuesday which read: ‘Cristiano Ronaldo is to leave Manchester United by mutual agreement, with immediate effect.

‘The club thanks him for his immense contribution across two spells at Old Trafford, scoring 145 goals in 346 appearances, and wishes him and his family well for the future.

‘Everyone at Manchester United remains focused on continuing the team’s progress under Erik ten Hag and working together to deliver success on the pitch.’

Ten Hag’s attention will now focus on how to compensate for the departure of last season’s top goalscorer after he missed out on signing a new centre forward in the summer.

United abandoned plans to sign veteran Marko Aranutovic amid a backlash from fans but the Dutchman is unlikely to settle for a short-term replacement and are eyeing a move for RB Leipzig’s 19-year-old Benjamin Sesko.

Reports earlier this month, meanwhile, claimed that United were also keeping tabs on Juventus striker Dusan Vlahovic, coveted by Arsenal last January, who has struggled to make an impact since his move from Fiorentina nearly 12 months ago.

According to The Telegraph, United’s hopes of adding to their squad and enhancing their chances of qualifying for next season’s Champions League have been boosted now Ronaldo’s salary is off the books.

Ronaldo accounted for 10% of the club’s overall wage bill which had spiraled to a record £384.2m for last season – the equivalent of 66% of turnover.

Ten Hag will hope that the uncertainty surrounding the club following the Glazer family’s decision to put United up for sale will not impact on January’s transfer plans.

Ronaldo, meanwhile, is expected to address his sudden departure from United at a press conference on Wednesday ahead of Portugal’s opening World Cup match against Ghana tomorrow.

In statement last night, he said: ‘Following conversations with Manchester United we have mutually agreed to end our contract early.

‘I love Manchester United and I love the fans, that will never ever change. However, it feels like the right time for me to seek a new challenge.

‘I wish the team every success for the remainder of the season and for the future.’