AC Milan defender Andrea Conti’s comeback from a year-long injury layoff ended with a three-match ban after he punched the referee’s door and insulted the match official at the end of a youth team game.

Meanwhile, club director Paolo Maldini, who spent his 25-year playing career with Milan, was banned for a week for also insulting the official following the match against Chievo, the Serie A league said in a statement.

Conti, 24, was playing his first match at any level since August last year after suffering a knee injury. 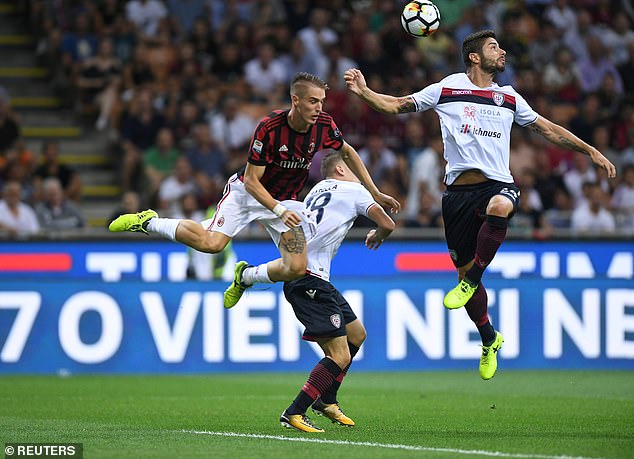 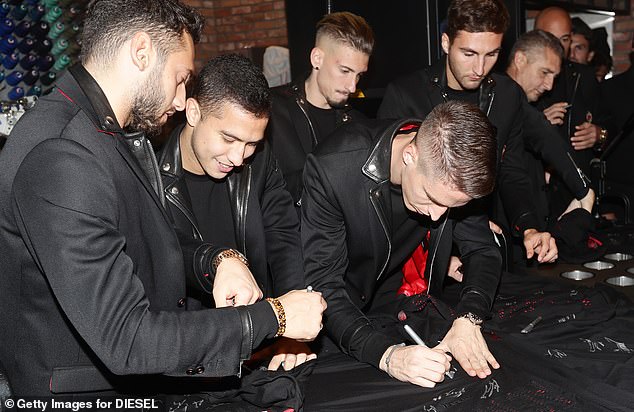 Serie A’s disciplinary tribunal said that Conti ‘found the referee in his dressing room at the end of the game and prevented him from closing the door by hitting it with his two fists. At the same time, he shouted injurious remarks to the referee.’

The statement added that Maldini ‘entered the referee’s changing-room without permission and directed an offensive remark towards him.’

Maldini made a Serie A record of 647 top flight appearances before retiring at the age of 40 in 2009. He made a club record 902 appearances in all competitions, winning seven Serie A and five European Cup or Champions League titles. 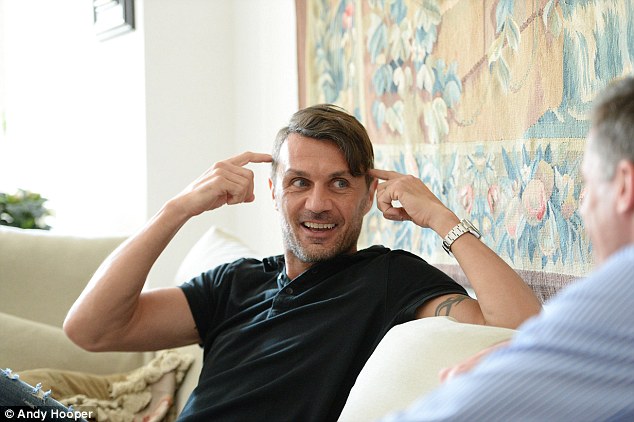 Paolo Maldini, pictured during a previous interview with Sportsmail, has also been banned 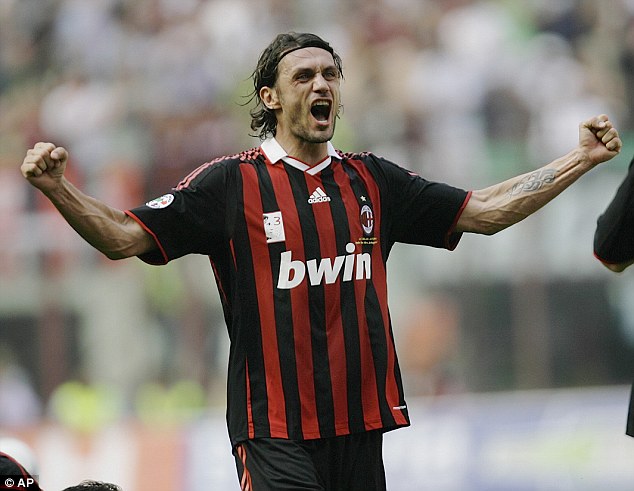