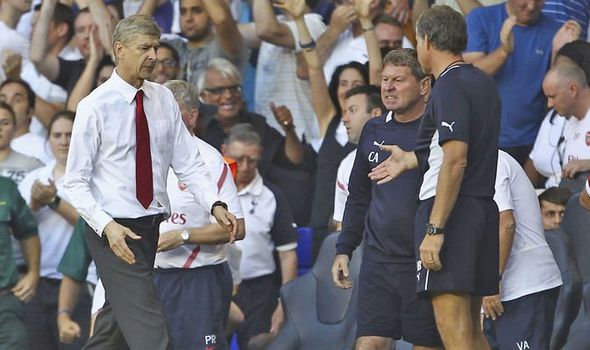 Former Tottenham coach Clive Allen has astonishingly revealed he was ready to punch ex-Arsenal manager Arsene Wenger after a five-year feud with the Frenchman.

Allen is releasing his new autobiography ‘Up Front’ and has dedicated part of the book to a long-running row with Wenger.

It all started when Allen took exception to Wenger saying Tottenham were cheats for not kicking the ball out of play for an injury during a 1-1 draw between Spurs and Arsenal.

According to Allen, Wenger stormed into a room and said “You are cheats” which infuriated him and he later confronted the then Arsenal boss, who refused to back down from his comment.

And that led to an extraordinary foiled attempt by Allen to punch Wenger, which was only prevented by Carlo Cudicini.

In the extract being serialised by the Evening Standard, Allen wrote: “In October 2011, Rafael van der Vaart and Kyle Walker scored as we won 2-1 at White Hart Lane.

“I was wrong to do it, but at full-time I jumped up and went straight to see him nose to nose. 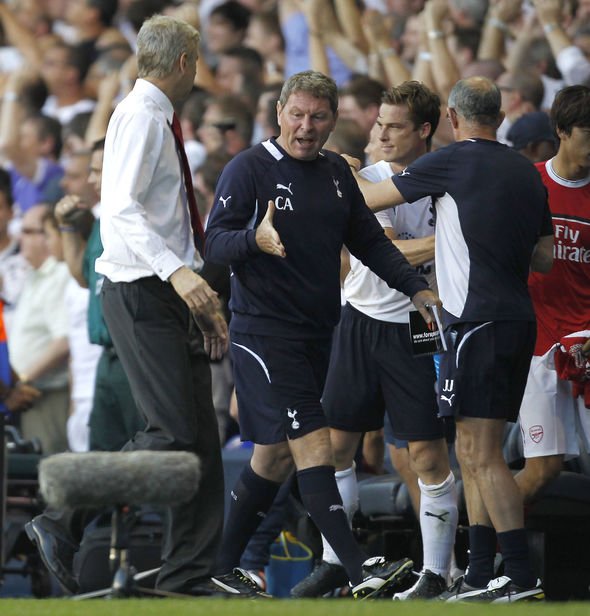 “I stuck out my hand to shake, but he just walked past me, because he’d lost. That’s the way he is. I chased after him down the tunnel.

“At that point, I lost it. The tunnel area was teeming with stewards, press and the players, who were beginning to make their way off the pitch. I couldn’t believe his attitude.

“’Where are you walking to? You’re a mouse!’ I screamed at him. I was ready to blow. ‘Just because we’ve won for once!’”

“I called him a few choice names. He kept looking at me, edging away. I was ready to punch him.

“Just as I went to swing for him, reserve goalkeeper Carlo Cudicini saved the day. He threw his arm over my shoulder.

“‘Clive, what was the score?’ he said, smiling. He dragged me away and into our dressing room.

“The club were furious with me. They told me to write to Arsene, offering an apology. I refused and I don’t know to this day whether they ever held that against me.”