Sergio Aguero warmed up for Manchester City’s victory over Tottenham with a trip to see pop star Enrique Iglesias.

The Spaniard performed at the Manchester Arena on Friday night and has a surprise fan in Aguero, who was videoed dancing along to one of Iglesias’ tracks.

A packed out arena could be seen waving their arms to the track as Aguero joined in, dancing with a young fan alongside him and waving his arms in the air. 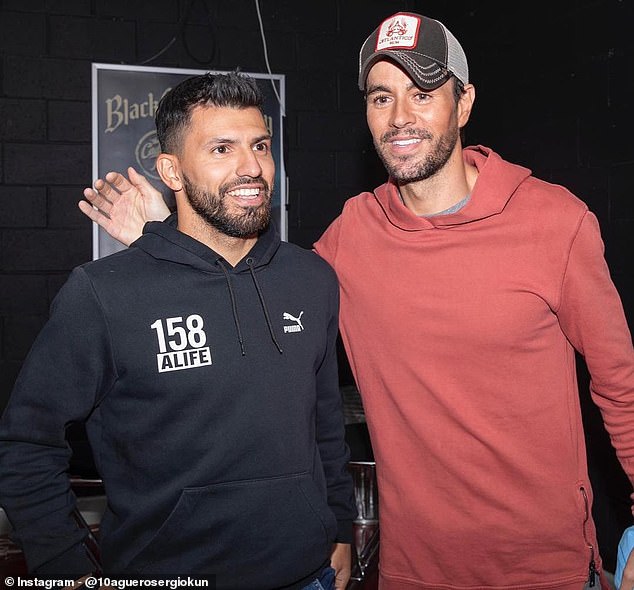 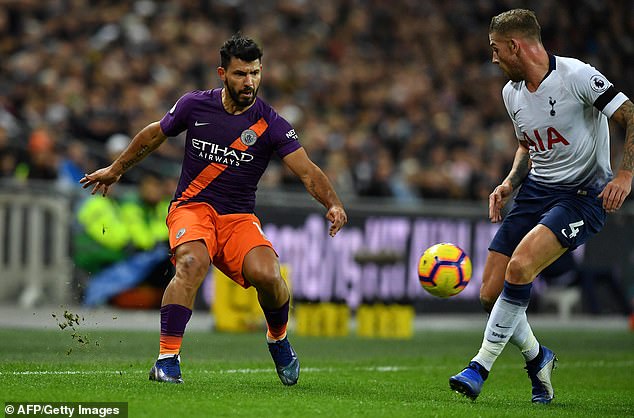 He ran through plenty of his other songs, including Hero – which has sold more than eight million copies worldwide since its release in 2001.

Aguero and Gundogan were taking advantage of City’s game with Spurs being moved to the Monday night.

It was originally scheduled for the Sunday afternoon slot on Sky Sports, only to be pushed back as Spurs had to switch the game from their unfinished new ground to Wembley.

Aguero led the line for City as they beat Spurs 1-0 but Gundogan remains sidelined with a hamstring injury – Riyad Mahrez’s early strike proved enough on a difficult surface at the national stadium.

So my mum went to see Enrique Iglesias at Manchester Arena, look who she found (also notice who he’s with) pic.twitter.com/KlopVsdxrp

Pep Guardiola was pleased to see his side record a win, but felt it would have been a different outcome if the surface had been in good condition after Erik Lamela blazed a late chance over the bar.

‘It is important to get clean sheets, but it was a little bit exceptional, it was only due to the grass that they didn’t score,’ he said.

‘If the grass was better I am pretty sure Lamela, with his quality and left foot, would score.’