Chris Wilder has defiantly fended off questions about his future as Sheffield United manager, insisting he does not fear the sack.

United have only one point from their nine matches after a 1-0 home loss to West Ham on Sunday and remain rooted to the bottom of the table.

Sebastien Haller’s strike from the edge of the penalty area consigned the Blades to a fourth straight loss and an eighth Premier League defeat this season. 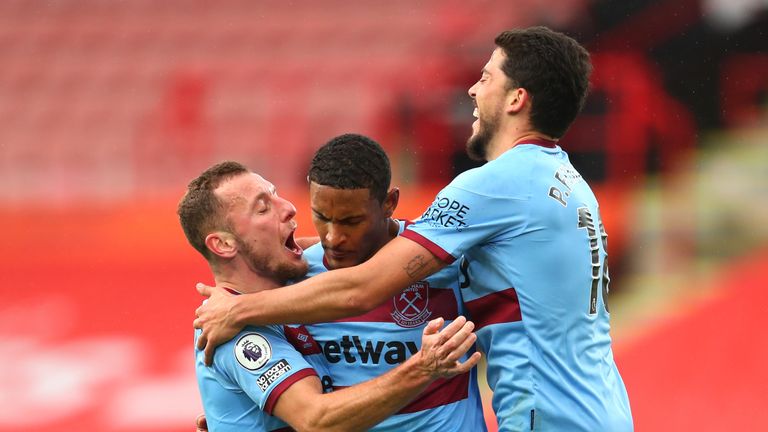 Wilder’s side are without a win in 12 Premier League matches dating back to last season but when asked if he feared for his future, he replied: “It’s great how you guys talk about people’s careers so flippantly, I love all that.

“I need to be careful because I don’t want to come across as arrogant and look like I think I’m untouchable, but I don’t feel it should be asked given the journey that we have been on over the last four years.”

United proved to be a revelation last campaign when they impressed on the way to a ninth-placed finish in the Premier League. 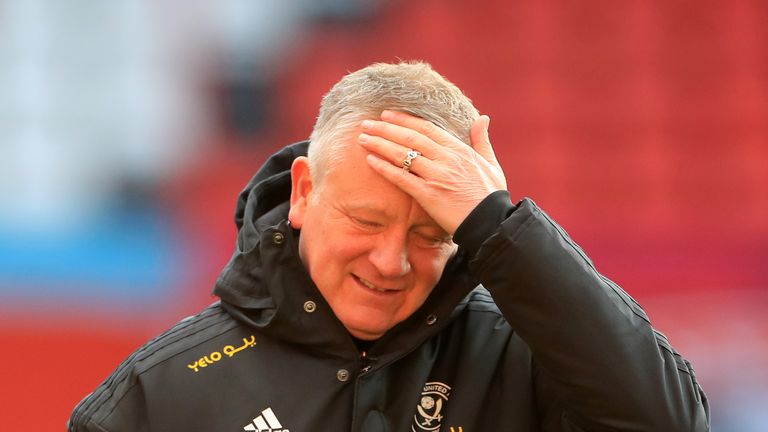 But despite enduring a difficult start to this season, Wilder is confident his players can respond to the challenge in front of them and was bullish about their prospects of turning their fortunes around.

“We were in League One when I arrived and now we are in the Premier League,” Wilder added.

“It’s a ruthless, relentless division and a cut-throat division which doesn’t give you handouts.

“It’s not a time to go into our shells and I certainly won’t as manager of the football club.

“We have to embrace the challenge and everything that goes with the Premier League.”

‘We paid for not taking our chances’

Wilder also blamed a lack of cutting edge for their 1-0 defeat to West Ham.

The United boss said: “Every loss hurts – especially with the position that we’re in. We came into the game full of belief after a reset and I thought we started off the game in good fashion.

“It was always going to be tight and they’ve managed to score a goal out of nothing. With the couple of chances we’ve managed to create, we just couldn’t find that finish. There’s no point moaning and groaning about it – we’ve got to start taking our chances.

“There are teams in this division who have players who can create something out of nothing. What matters is what happens in both boxes, and we’ve had enough to get a result out of the game.

“We’ve got to keep going. It’s a cut-throat division, so we have to stick together. The effort was there that they want to win, but we’re just a little bit safe at times.”