Chelsea pulling out of European Super League after fan protests

Chelsea star Jorginho has taken a surprising swipe at Frank Lampard for not being “ready” for the job at Stamford Bridge. Lampard took over from Maurizio Sarri back in 2019 and there was genuine excitement among fans that he would be given a chance to hold the position for the foreseeable future.

The former England international impressed in his debut campaign as well, despite not being able to sign anybody in the same summer that Eden Hazard left the club.

Lampard made a point of trusting the academy players with the likes of Reece James, Mason Mount and Tammy Abraham stepping up to become first-team regulars.

And the young stars played a crucial role in helping Chelsea secure a top-four finish.

Lampard was then given a huge budget to bring in a host of new players to begin building his own squad.

JUST IN: Man Utd and Chelsea boost in Varane transfer as Real close in on deal 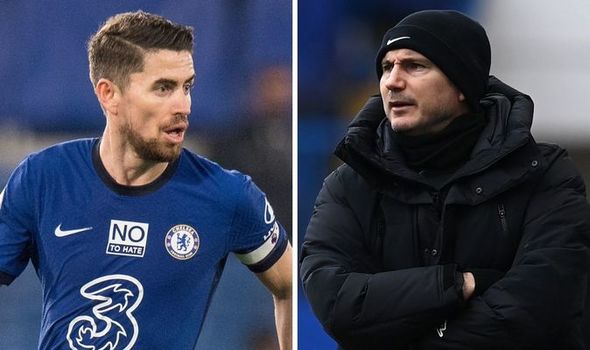 Close to £250million was spent on the likes of Kai Havertz, Ben Chilwell and Hakim Ziyech with expectations high on what the club could achieve in Lampard’s second season.

But there were immediate signs that things would take time to settle with a host of new faces being bedded in.

Lampard struggled to find his best formation with the club slipping outside of the top four.

Neither Timo Werner or Havertz were able to find their best form under the Stamford Bridge icon before he was eventually sacked after a 2-0 defeat to Leicester.

Several members of the Chelsea squad took to social media to offer their thanks to Lampard such as Mount, Christian Pulisic, Billy Gilmour and Thiago Silva among others.

But Jorginho seemingly didn’t have as close a relationship to Lampard as others in the Chelsea squad, based on his latest comments.

The Italy international has sensationally claimed that he didn’t think Lampard was “ready” to take over at Chelsea at this stage of his managerial career.

“Look, I’ll be really sincere here on Lampard. I believe, given he was a legend at the club, he skipped some steps necessary for learning before moving to a big club,” Jorginho told ESPN Brasil. 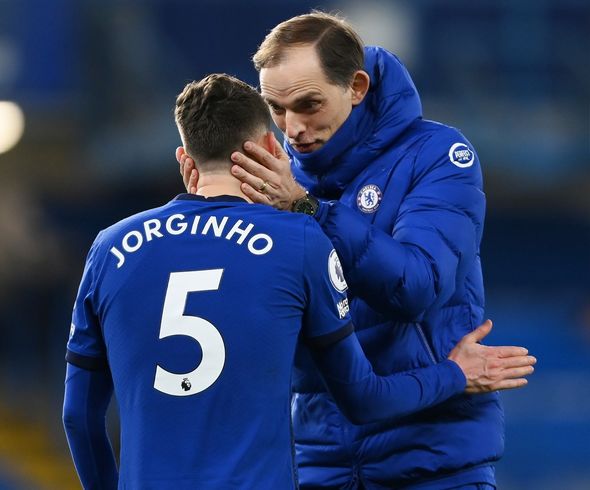 “He came to a club where he is a legend, without having experience at other clubs.

“I think he came too soon, skipped a few steps ahead and wasn’t ready for a job at this level, to be honest.”

Jorginho was a bit-part player under Lampard but he’s since established himself as a regular with Tuchel.

Chelsea are next in action on Saturday when they take on top-four rivals West Ham at the London Stadium.