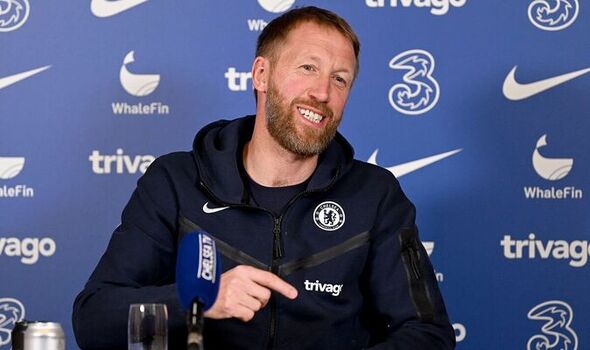 Chelsea are stepping up their pursuit of RB Leipzig defender Josko Gvardiol, according to reports. A meeting is claimed to be scheduled for once the World Cup comes to an end after Graham Potter identified the Croatia star as a perfect player for his team.

Gvardiol was a target for Chelsea in the summer transfer window. But despite splashing out £270million on new signings, owner Todd Boehly was unable to get a deal over the line for the 20-year-old.

Chelsea are already widely reported to be set to sign his Leipzig team-mate Christopher Nkunku next summer. Nkunku has a release clause of around £53m that the Blues are set to activate.

And he could be joined in west London by Gvardiol. Transfer reporter Alfredo Pedulla says there will be a meeting regarding the centre-back after the World Cup.

Chelsea are said to be in close contact with the player’s representatives. The Blues were willing to pay £69m for Gvardiol in the summer but Leipzig said no and he didn’t feel the move was right for him at the time.

But Pedulla says Gvardiol now feels ready to make that next step. Chelsea boss Potter has given the green light to a deal as he feels he would be a perfect addition to his team.

Gvardiol is a left-footed defender, so would suit Potter’s style in either a back four or back three. Paris Saint-Germain and Tottenham are reported to have registered their interest in recent days.

However, Chelsea are prepared to do all they can to beat any potential competition to his signature. Pedulla says Chelsea want to guarantee at the very least that a deal is in place for Gvardiol to join next summer.

Gvardiol has impressed in Croatia’s first two group matches at the World Cup in Qatar. He has played every minute of the draw against Morocco and victory over Canada.

Croatia are currently top of Group F heading into Thursday’s final round of games. However, they will likely have to avoid defeat against Belgium to qualify for the round of 16.

A draw will be enough to see them through to the knockout stage. But a victory for Belgium, as well as Morocco picking up at least a point against bottom side Canada, will send the 2018 runners-up home at the earliest opportunity.