Chelsea have reportedly re-opened talks to keep Willian after he rejected an offer from an unnamed Chinese club.

However, Goal.com are reporting that the Blues remain firm in their stance that he will no be offered more than a two-year contract.

The Brazilian has made it clear he wants a three-year deal to stay and that he wants to remain in England, be it with Chelsea or not. 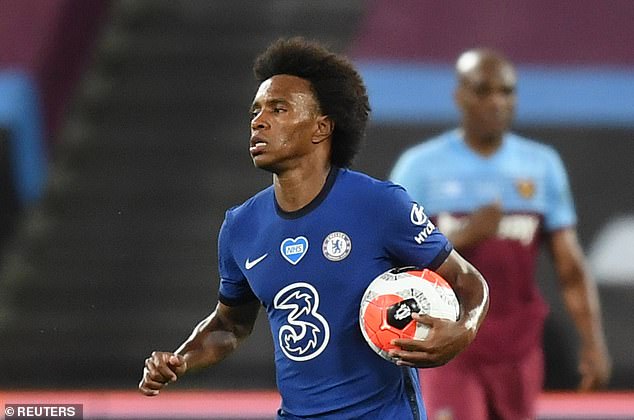 Willian, who has been linked with Tottenham and Arsenal, has impressed since the restart, starting all three games and contributing three goals and an assist.

Speaking about Willian and team-mate Pedro last week, manager Frank Lampard said: ‘Yes we are still talking with the players and Willian in particular we are talking with him. I always felt confident that they would remain.

‘They have been fantastic professionals for the club and servants in all senses and when you have that level of professionalism within you it was a sign that they wanted to stay and see out this season at least. 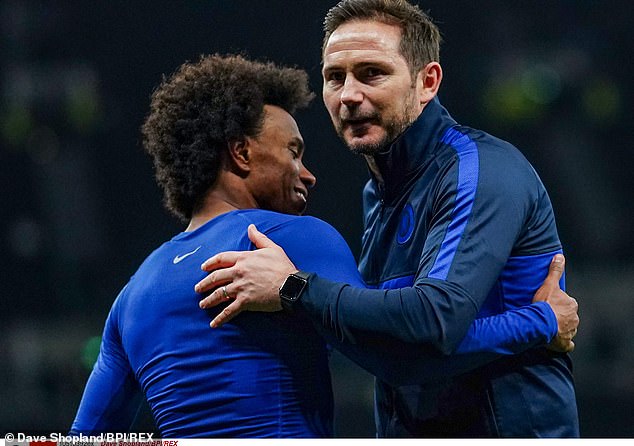 ‘So we will carry on talking and see but I think everybody’s focus now is on these next games, the individuals themselves and us as a club.

‘I’m pleased negotiations were relatively easy because both sides wanted the same thing. The two players wanted to make sure they could see the season out with us.

‘At this point we need them in the squad they are both important players for us so I’m happy.’