Chelsea fans have told director Marina Granovskaia who they want as their next signing under new manager Thomas Tuchel. Sunday’s victory over Sheffield United made it three straight wins under Tuchel, raising hopes the Blues can mount a Premier League title challenge next season.

Chelsea beat the Blades 2-1 at Bramall Lane thanks to goals from Mason Mount and Jorginho.

The victory followed wins over Tottenham and Burnley, after Tuchel began his reign with a 0-0 draw against Wolves.

The new manager replaced sacked Frank Lampard amid a quiet January transfer window for Chelsea, with the departures of Fikayo Tomori and Danny Drinkwater on loan proving to be the club’s major business.

Chelsea had been linked with the likes of Jadon Sancho, Erling Haaland and Declan Rice – although it was never likely that any of those players would have left their respective clubs midway through the season. 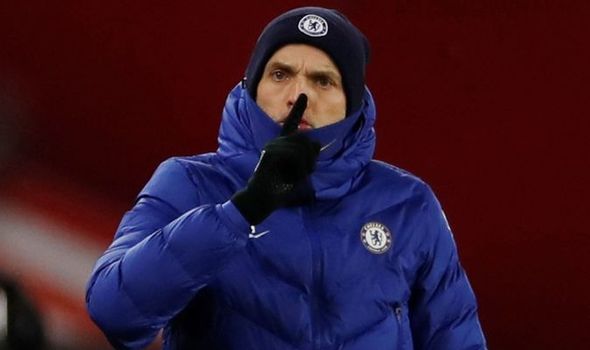 However, fans’ thoughts are already turning to potential summer targets for Tuchel’s side – and many have urged Granovskaia to bring Eden Hazard back to Stamford Bridge.

Hazard left Chelsea for Real Madrid in a £130million move in the summer of 2019.

However, the 30-year-old has not had the same impact for Zinedine Zidane’s side as he did in West London, having suffered with injuries since his move.

After missing most of the start of this season through a combination of injuries and coronavirus, Hazard played in five successive La Liga games after Christmas, before being ruled out of Saturday’s defeat to Huesca with a muscle injury.

Hazard is contracted to Los Blancos until 2024, and Madrid, who are currently third in Spain’s top flight, reportedly have no intention of letting him leave.

But according to Spanish radio station Onda Cero, Chelsea’s transfer guru Granovskaia often meets up with his representatives and would like him to return to Stamford Bridge.

And fans want the attacking midfielder to seal a dream comeback to the club where he scored 110 goals in 352 appearances, winning two Premier League titles and two Europa Leagues.

Here is a selection of what fans have been saying about Hazard on Twitter. 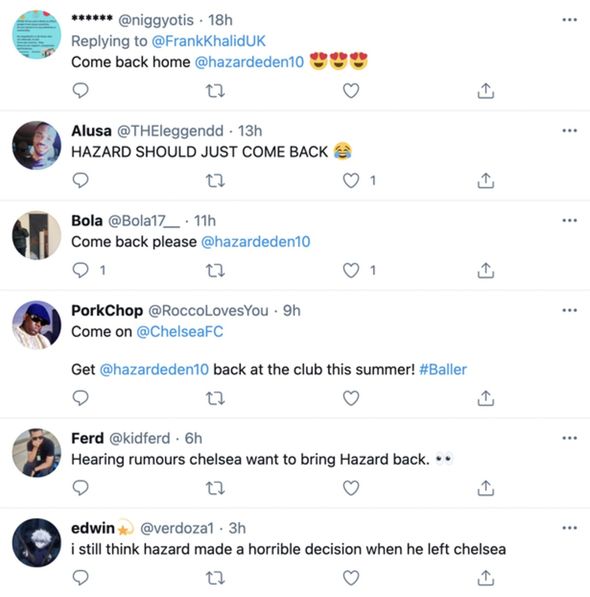