‘If we want to win something, then we need to be a solid team’: Chelsea boss Maurizio Sarri urges his side to tighten up defensively but tells fans he will not buy his way out of the problem

Chelsea boss Maurizio Sarri has warned his team to tighten up defensively if they want to challenge Liverpool or Manchester City for the Premier League title – but told supporters he will not take the ‘easy option’ of buying his way out of the problem in January.

Chelsea have conceded only seven goals in their first 10 Premier League games, in which they have remained unbeaten, but Sarri is concerned that his team have conceded twice against both Arsenal and Manchester United, while they also let two in against Derby in 3-2 victory in the Carabao Cup on Wednesday night.

‘The situation is dangerous,’ Sarri said. ‘We defended well at Burnley, then three days later we weren’t able to defend in the same way. It is dangerous to not have that continuity. 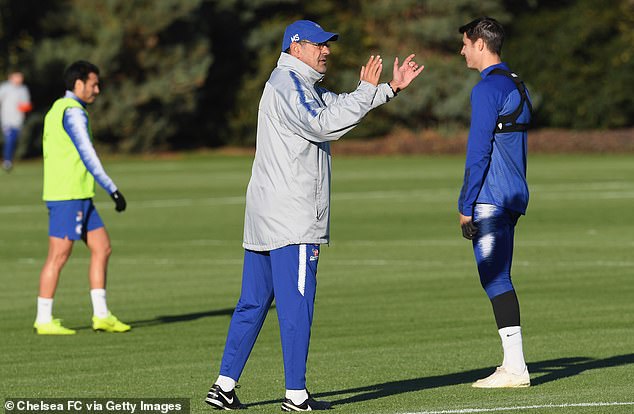 ‘If we want to win something, then we need to be a solid team. If you look at the top of the table, City only conceded three and Liverpool four.

‘It is too easy to go into the market for every problem. We need to improve with these players because they can improve. This is my work.

‘I didn’t ask anything about it to my club because we can stay with these players and be competitive. Maybe not for the top but we have to try to arrive close to the top.’

Sarri will be without Olivier Giroud for Sunday’s home match against Crystal Palace but Eden Hazard is fit to play up to 45 minutes.

Sarri also appeared to rule out a January loan move for Ruben Loftus-Cheek but insists the midfielder must improve if he is to claim a regular place in his Premier League side. 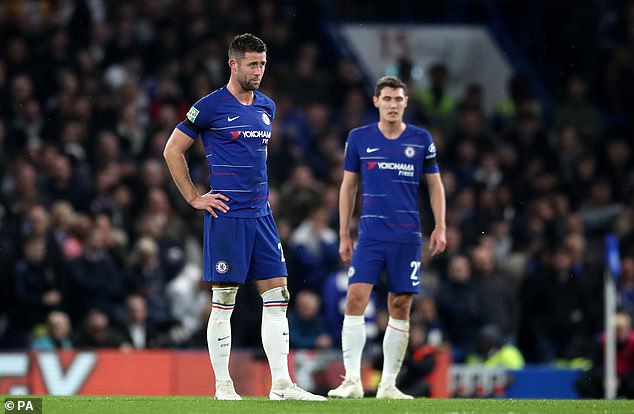 Sarri said: ‘Ruben in October played four matches out of five. At the moment the situation is not for a loan of course.

The Chelsea manager also said he wants his captain Gary Cahill to remain at the club for his off-field presence but admitted the player could yet push for a January move as he has fallen behind Antonio Rudiger and David Luiz in Sarri’s plans.

‘Cahill depends more on him,’ Sarri said. ‘It depends on him and the club. For me Cahill is important on and off the pitch as captain.’ 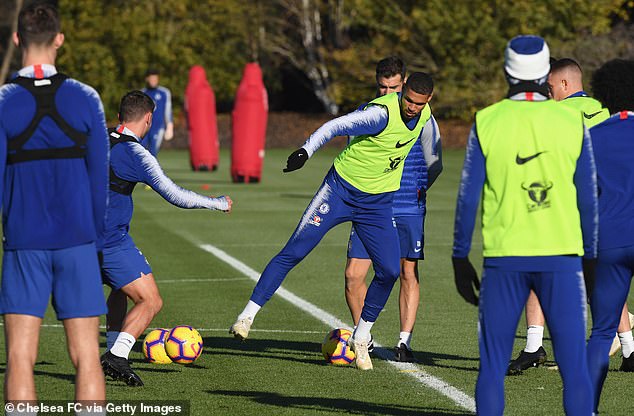