Cesc Fabregas refuses to rule out Arsenal return as Chelsea ace says: ‘I want to keep playing for many years’

Former Arsenal captain Cesc Fabregas is keeping the door ajar for a possible return to the Emirates.

Fabregas left the Gunners after eight years in 2011 when he rejoined boyhood club Barcelona, before coming back to England with Chelsea three seasons later.

Despite winning two Premier League titles with the Blues, he is no longer a first-team regular at Stamford Bridge and his current contract is due to expire in the summer. 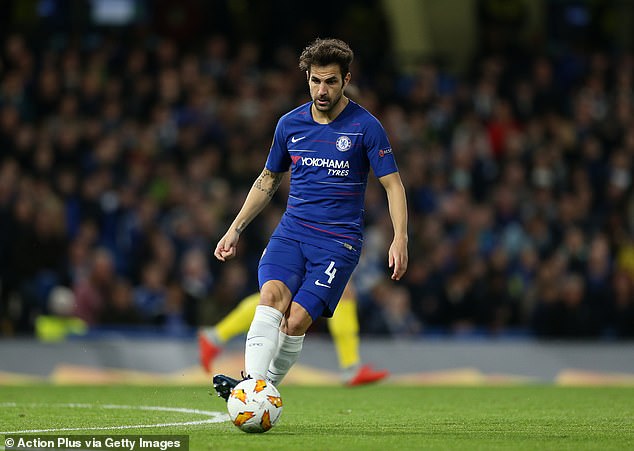 Chelsea midfielder Cesc Fabregas, 31, is in the final year of his contract at Stamford Bridge

AC Milan are seen as a frontrunner in the race to sign the 31-year-old on a free transfer but he is refusing to rule out a second spell at Arsenal.

‘Of course, Arsenal will always be in my heart and I will never forget them so why not return. You never know,’ Fabregas told Marca.

Fabregas has only featured in six matches so far this season — the Community Shield, the EFL Cup win at Liverpool and four Europa League games.

Despite his lack of Premier League game time, the Spaniard is adamant that his still has plenty to offer at the top level.

He added: ‘I feel fine still. In seven months my contract ends with Chelsea. It will be 16 seasons playing at the highest level, over 750 games, a lot of training, travelling. 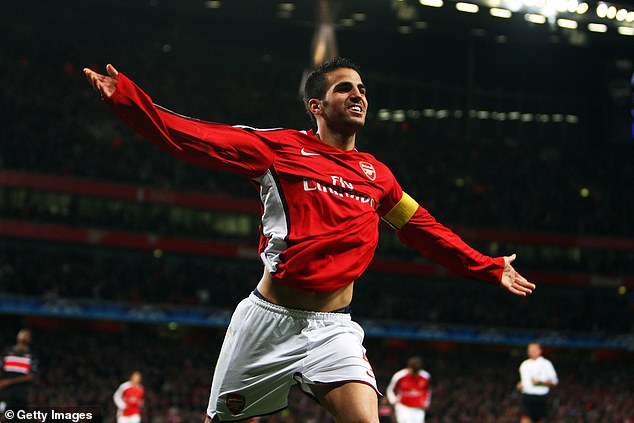 Ex-Arsenal captain Fabregas, pictured in 2009, has refused to rule out rejoining the Gunners