Chelsea 6-0 Birmingham: Emma Hayes’ side run riot in the WSL at Kingsmeadow thanks to a Samantha Kerr hat-trick and a brace from star striker Fran Kirby

The Blues had to wait until the 25th minute to break the deadlock, when Erin Cuthbert struck an angled drive that forced Hannah Hampton to produce a save only for Kerr to convert the rebound with a close-range effort.

On the stroke of half-time Chelsea doubled their lead through Australia international Kerr, who reacted quickly to bundle a header past Hampton. 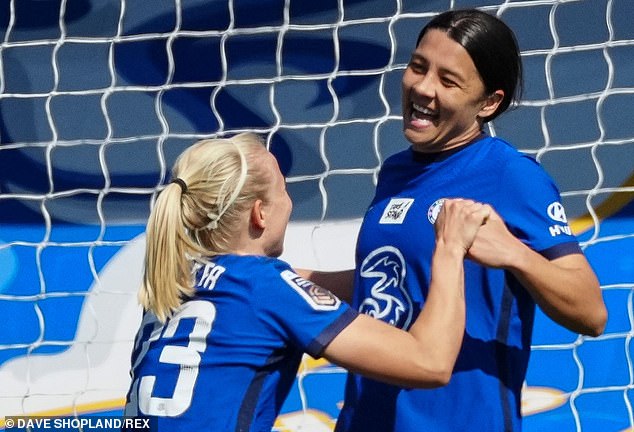 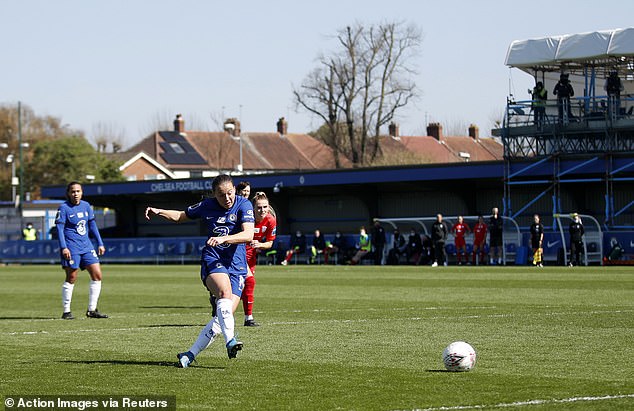 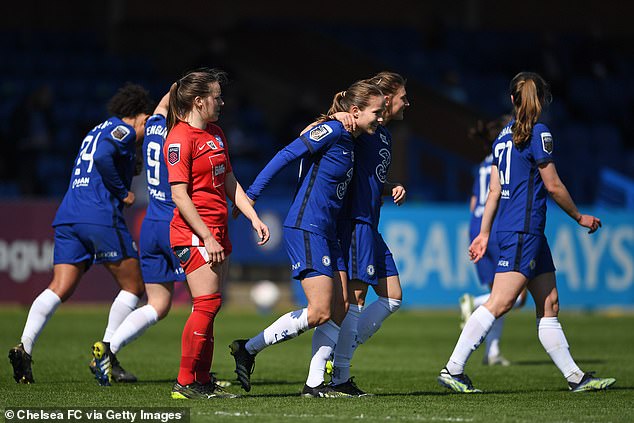 Pernille Harder’s header struck the post but Chelsea claimed their third goal after Cuthbert whipped a wonderful cross that found Kerr, whose header at the far post completed her hat-trick.

There was no let-up from Emma Hayes’ side after the break and they netted a fourth after some great build-up play between Niamh Charles and Bethany England on the right found Fran Kirby, who slotted the ball into the net in the 61st minute.

Kirby then turned provider and executed a low cross to find Guro Reiten, who converted to give Chelsea their fifth goal of the game.

Chelsea added their sixth goal late on through England star Kirby, who did brilliantly to burst into the box and strike a curling effort past Hampton. 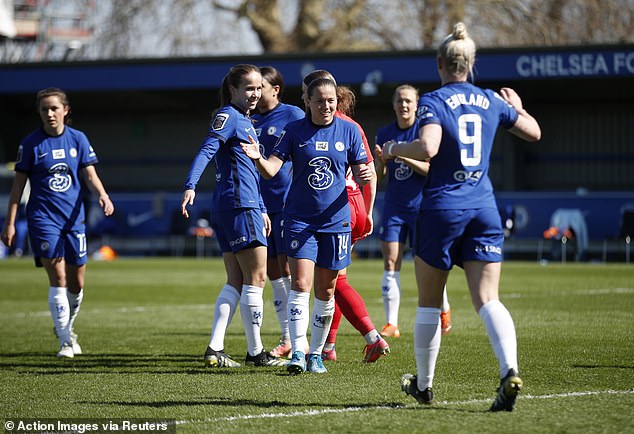