Atletico Madrid are through to the last 16 of the Champions League after a 2-0 win at Red Bull Salzburg on a busy night in Europe.

Goals from Mario Hermoso and Yannick Carrasco saw the Spanish side finish second in Group A behind holders Bayern Munich, who rounded off their group campaign with a 2-0 home success against Lokomotiv Moscow.

Liverpool sealed top spot in Group D with a 1-1 draw against Midtjylland as Mohamed Salah eclipsed Steven Gerrard as the club’s top scorer in the Champions League. 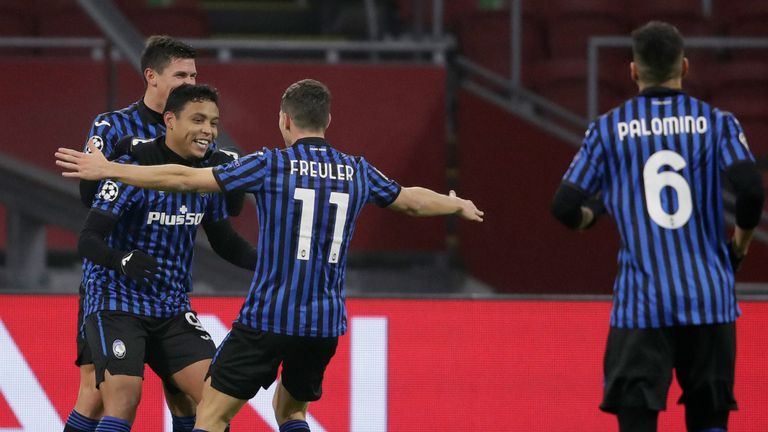 Atalanta finished second in the group after Luis Muriel’s late strike gave the Serie A side a 1-0 win at Ajax, who had Ryan Gravenberch sent off shortly before the goal.

Porto follow Pep Guardiola’s team through after their 2-0 win at Olympiakos – Monteiro Otavio and Mateus Uribe scored the goals for the Portuguese. The hosts had Ruben Semedo sent off late on.

Meanwhile, Paris Saint-Germain and Istanbul Basaksehir sent a powerful anti-racism message before their rescheduled Champions League match at Parc des Princes as their players all took a knee. 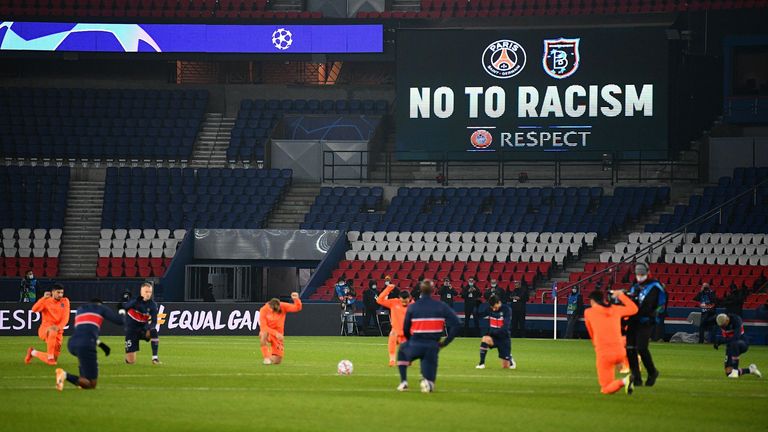 PSG, assured of qualification on Tuesday night after Manchester United’s defeat by RB Leipzig in Germany, reached the knockout stages with a comprehensive 5-1 victory.

Neymar scored a hat-trick and Kylian Mbappe netted twice, with Mehmet Topal getting a consolation for the Turkish champions.

Two first-half goals from Karim Benzema helped Real Madrid to a 2-0 victory against Borussia Monchengladbach as the 13-time winners of the competition finished top of Group B.

Monchengladbach qualify as runners up after Inter Milan and Shakhtar Donetsk contested a goalless draw at the San Siro. 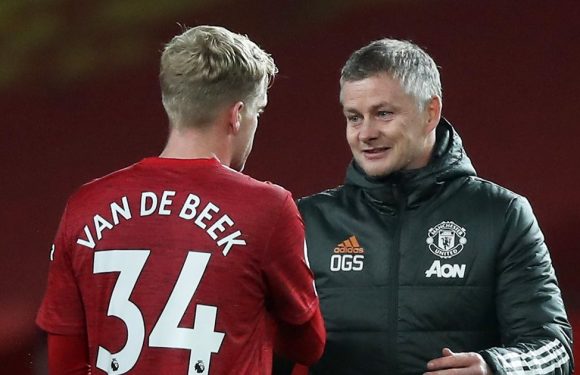 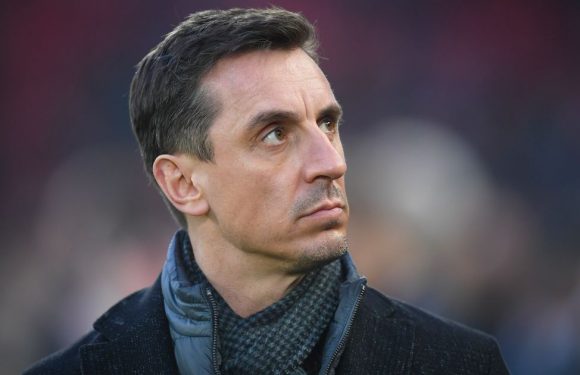 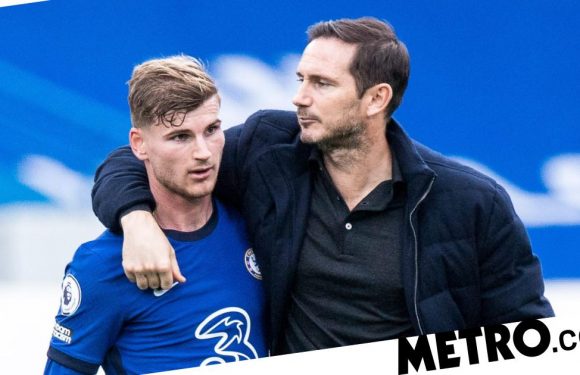