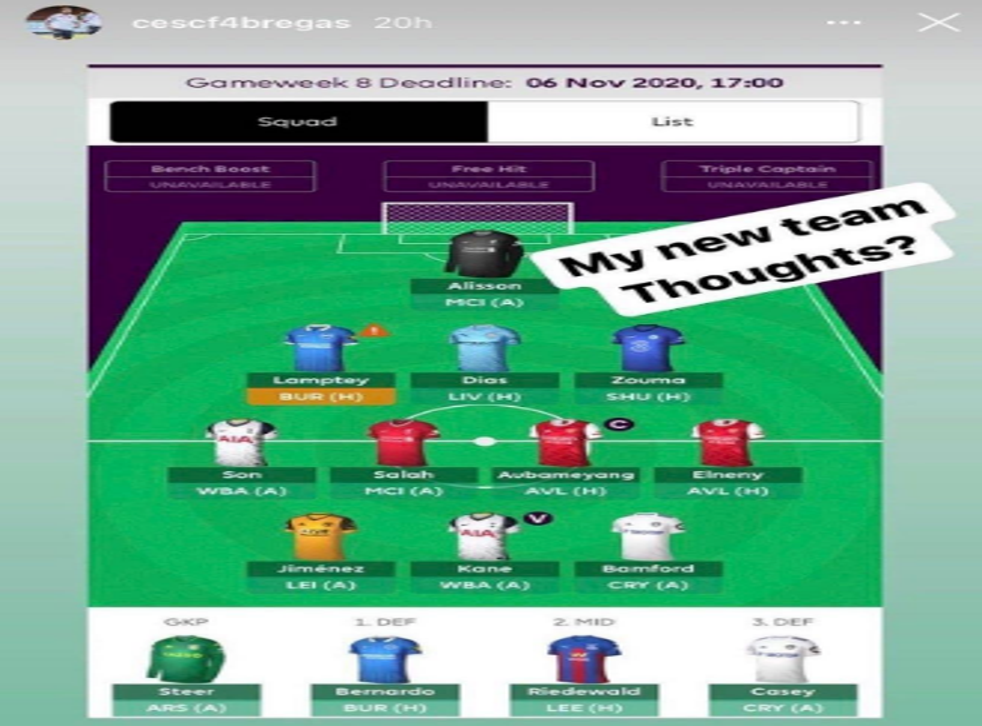 Fabregas only has three players from his former teams

Fabregas’ first venture in the Premier League was with Arsenal where he won the FA Cup in 2005 and has represented the Gunners in his fantasy squad with the inclusion of Mohamed Elneny and Pierre-Emerick Aubameyang, the latter scoring the winning goal against rivals Manchester United on Sunday.

However, having played for both Chelsea and Arsenal, Fabregas has put their shared club rivalries behind him by including two Tottenham players in his starting line-up with Son Heung-min and Harry Kane.

Fitting into a 3-4-3 system, Fabregas has also put Liverpool’s Alisson Becker in goal to start, with a back three in front of him comprised of Tariq Lamptey from Brighton, Manchester City’s Ruben Dias, as well as Zouma.

Son, Aubameyang and Elneny are joined in midfield by Liverpool’s star player Mohamed Salah, whilst Raul Jimenez from Wolves, Leeds United’s Patrick Bamford and Kane fill out the attack.

Aubameyang captains the side with Kane as the vice-captain.

Fabregas will hope that his new fantasy team will earn him plenty of points when the Premier League matchday starts on Friday night with Brighton hosting Burnley.