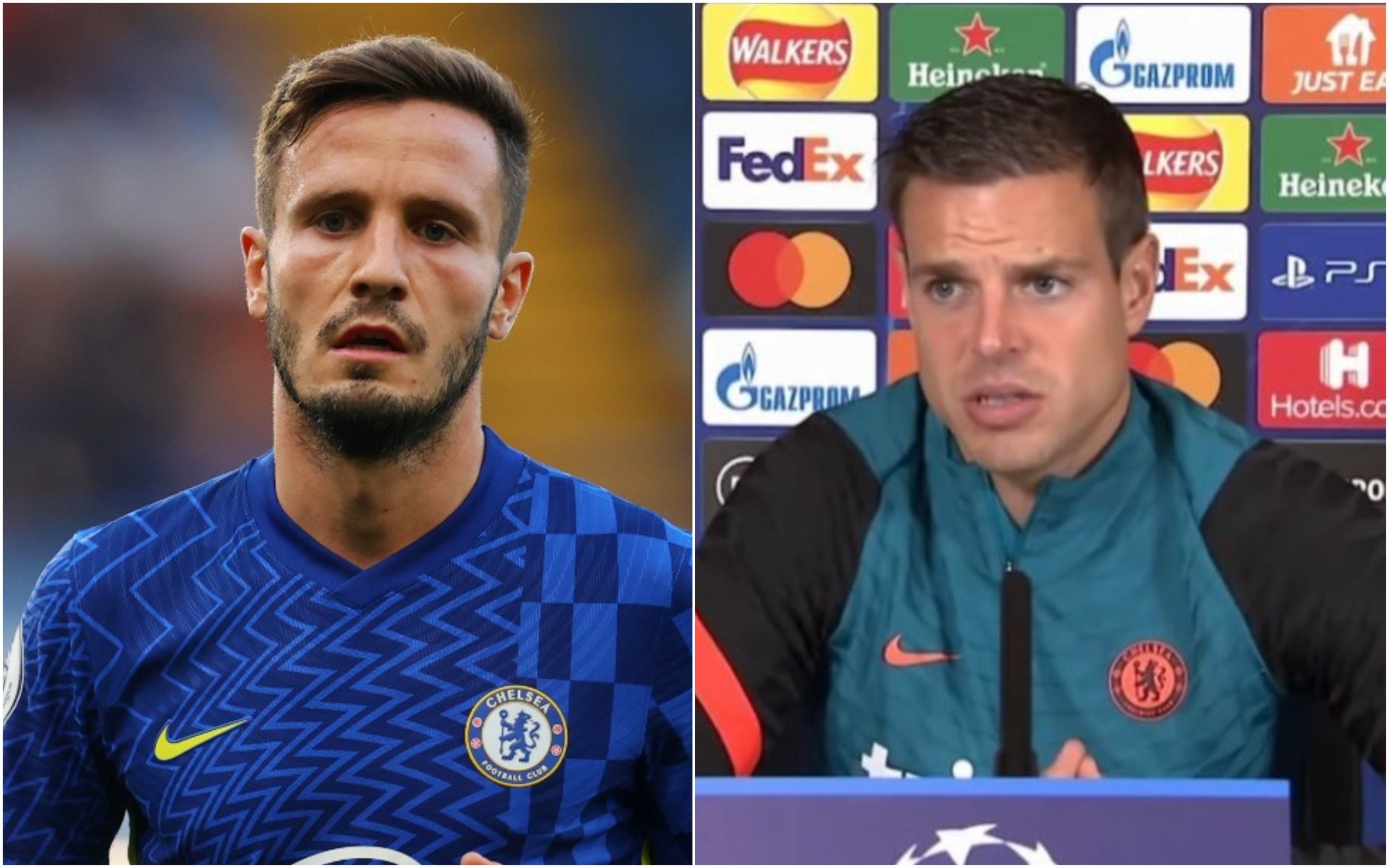 Cesar Azpilicueta has praised Saul Niguez’s determination to improve following his poor performance during his Chelsea debut on Saturday.

The Spain international joined Chelsea in a loan deal from Atletico Madrid on deadline day and was handed his first start for the match against Aston Villa at Stamford Bridge.

But the 26-year-old struggled in his first appearance for Chelsea and was replaced by Jorginho at half time as Thomas Tuchel’s side went on to secure a 3-0 victory.

Tuchel took responsibility for Saul’s sub-par display and admitted that the midfielder made ‘big mistakes’ during his debut.

But Azpilicueta has backed his fellow Spaniard to be an ‘important’ player for Chelsea this season and says the midfielder’s own reaction to his poor performance has been ‘spot on’.

When asked to give his verdict on Saul’s start at Chelsea, Azpilicueta said: ‘Saul is a great player, I know him since his days in the national team, he has great experience at the highest level with Atletico Madrid in the Champions League.

‘Of course, when he signed for Chelsea he had a bit of a stressful last hours in the transfer window, he arrived in a new country, had just a few training sessions, first game against a good opposition, they were very aggressive, it’s normal sometimes you need a bit more time to adapt.

‘His response has been absolutely spot on. His desire to improve, asking questions, he wants to adapt as quick as possible.

‘Some players need more time than others, that’s completely natural.
He has our full support. He’s a great addition, I’m very happy to have him in our team.

‘I’m sure he’ll keep growing and help the team because we need it from everybody. I’m sure he’ll be an important player in the season.’