It sounds like the most natural thing in the world. The way Filip Benkovic spins the scenario, in fact, stepping from the madcap world of professional football into a more pastoral existence even seems healthy. Good for body and mind.

What is it, then, that provokes laughter when he mentions the idea of becoming a simple farmer once his playing days are over?

Maybe the mockery is rooted in all those disdainful comments about ‘agricultural’ tackles and pitches like ploughed fields. 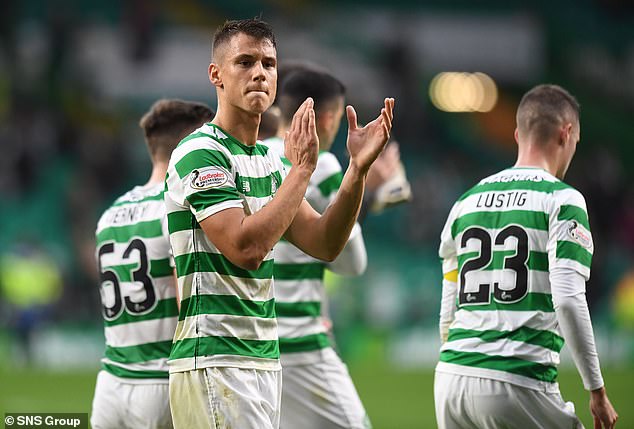 Or perhaps the contrast between the bling of modern football and the daily grind of mucking out livestock seems just too ridiculous.

Scratch the surface, though, and you’ll find that the £13million Leicester City centre-half – currently on loan with Celtic – isn’t joking about his long-term plans.

The 21-year-old colossus, a long-time Celtic target stolen away from Dinamo Zagreb by Leicester this summer, was explaining how he’d settled in Scotland when the conversation took an unexpected turn.

‘I like living in Glasgow because it’s very similar to life in Zagreb,’ said Benkovic. ‘Everything is moving – for young people it’s very good. But I don’t have time for all of this.

‘What I do like is that, on my drive to training, I see a lot of farms on the journey. Who knows what will happen at the end of my career? Maybe one day I can open my own farm.

‘My father grew up in a small village. I used to help my grandparents on a farm – but now I’m too busy with my football.’

In the mono-cultural world of the football dressing room, an environment where turning up in a new shirt can provoke merciless ribbing for a month, any hint of unorthodoxy tends to invite jest. Amid the hilarity, the serious strength Benkovic has added to Celtic’s defence – particularly in partnership with Dedryck Boyata – is undoubtedly a welcome development. In a side beginning to rediscover some of the old magic, a bit of steel at the back can’t hurt.

That’s especially true ahead of Thursday night’s trip to Leipzig, where Brendan Rodgers will hope to see a more defensively disciplined performance as his team seek to regain Europa League momentum.

Benkovic missed the sloppy 3-1 loss in Salzburg last time out. On the four occasions he has featured for Celtic, they have recorded three clean sheets – including the 1-0 home win over Rosenborg in the Group B opener.

With Celtic and Leipzig joint second on three points after one win and one loss, this week’s game has the potential to make or break the European season for one of them.

‘This could be our toughest game, but we have one clean sheet (in the competition) so why not another?’ asked Benkovic.

‘Leipzig played very good football last year. Even Bayern Munich could not say this was a certain three points because of the level Leipzig have reached.

‘But we can’t go there to give up. We must fight for the 90 minutes and try to get some points.

‘I am looking forward to playing beside him (Boyata) again. Every day in training I watch his moves and I’ve learned a lot from that. I file away everything I learn from him in my head.

‘European football is top for me. These games are special because the players are all international level. 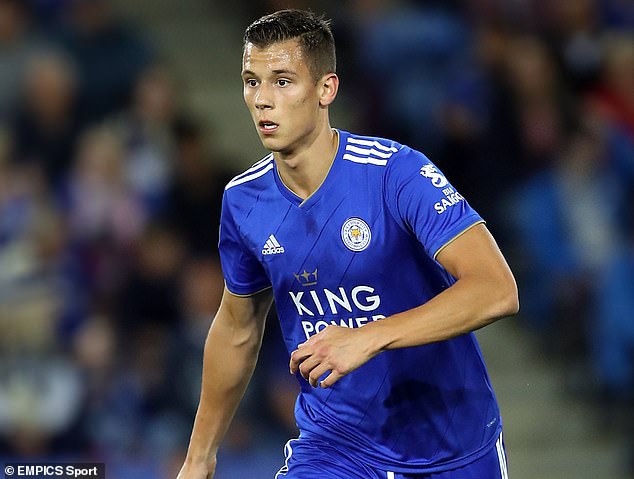 ‘It’s a challenge for us to see where we are and to try to be competitive. With Zagreb, we played Champions League qualifiers and this year the team is in the Europa League.

‘The biggest games I played were against Sevilla and Lyon. I felt good in these games.

‘The game I liked most was a 1-0 defeat to Lyon in Zagreb (in the Champions League group stage, November 2016). Yet it’s still a good memory. We played very well and this is the level I want to get to one day. I was up against Alexandre Lacazette – it was a hard night!’

Benkovic had been linked with Celtic almost since his breakthrough as a teenager and, when it looked as if Boyata might leave in the summer, he was touted as an obvious replacement.

Leicester swooped but then agreed to loan him out.

Admitting he had been aware of Celtic interest, Benkovic said: ‘I knew they had been watching me and, honestly, I was happy about that.

‘When this loan move was mentioned I wanted to come because, when a club as big as Celtic is interested, it can only mean you are doing the right things.

‘Now I’m finally here I am so proud and grateful to Celtic for giving me the chance to play here.

‘I have settled in very well. The whole squad has accepted me. I was in a hotel at first but now I have an apartment, which is much easier for me.

‘Some of my team-mates have assisted me and I thank them for that. Jozo (Simunovic) has been a big help since my first day.’

A recurring Achilles problem has so far prevented Celtic fans from seeing too much of Benkovic, who is expected to start in the Red Bull Arena.

Confirming his fitness, he said: ‘I played 90 minutes for the national team and it was good. This injury is one where you can feel okay and then it comes back.

‘Some teams play here on a plastic pitch and that can make it difficult for me.

‘But I do training before training and then extra after the main sessions. I have to prepare my body. I will prepare to play three games in a week.’

After helping his side beat Hibs last Saturday, the games against Leipzig and then Hearts in a Betfred Cup semi-final at Murrayfield on Sunday take on added importance.

One day, Benkovic may swap this all for early trips to the milking parlour or late nights at the lambing.

Right now? He’s happy to do whatever spadework Celtic ask of him. And dig for victory.