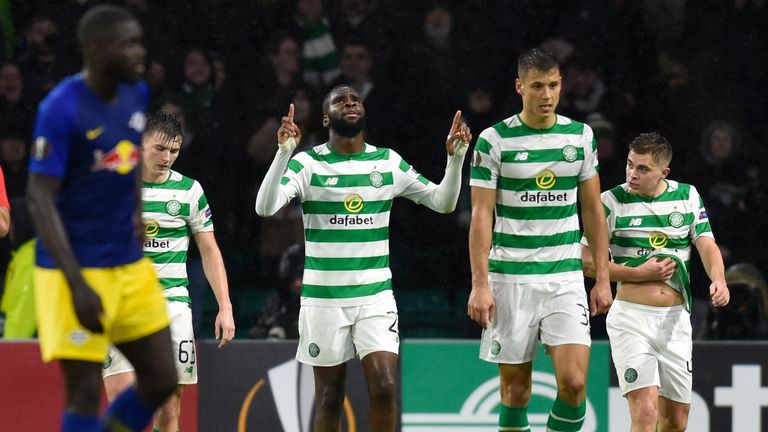 A late winner from Odsonne Edouard kept Celtic in the hunt for the knockout stages of the Europa League as they beat RB Leipzig 2-1 on Thursday.

Celtic needed a win at Celtic Park to keep their European dreams alive, and Kieran Tierney got them off to a great start with a wonderful strike in the 11th minute.

Brendan Rodgers’ side looked the better team but were pegged back by Jean-Kevin Augustin’s free header (78). However, 14 seconds later, Edouard (79) tapped home to hand Celtic a vital win.

Celtic are now level on six points with RB Leipzig in Group B, although remain in third on goal difference with two games left to play.