Will it be a fairytale final for Spurs and Ryan Mason? Or will in-form Man City have too much? Jamie Redknapp joined the Pitch to Post Podcast to assesses who will land silverware on Sunday after a dramatic week on and off the field…

With the Super League, things have calmed down a bit because emotions were running so high and I think to a certain extent, that’s good. Everybody has to take stock, we’re going to learn a lot of lessons from this.

I don’t think it’s the last we’re every going hear of a Super League. There will be some kind of repercussions from this in terms of wanting to do another league. It won’t die because I think the format of the Champions League, people will want to change and these owners will want a bigger piece of the pie going forward.

But I think they’ve realised it will not be at the fans’ detriment. The fans are the most important people in this game, they always will be and fan power stood up this week more than it ever has done. I think the ‘big six’ have realised they can’t take liberties and flex their muscles and expect everyone to toe the line.

Thankfully for football and everybody concerned, we can move on now. If they did fine the clubs, I would love to see the money go to lower league clubs that need the money just to keep them financially stable in terms of youth development, inner city development with young kids.

With these guys, if you hit them in the pockets, it’s not going to matter but let’s make sure wherever the money goes, it goes to a worthy cause.

‘Mourinho will be back in the Premier League’

It just shows you how they must have felt about Jose Mourinho as a manager [to sack him in the week of a final]. Player power is a big thing at Tottenham and they probably felt it was the best thing to do, not having him at the club because of the situation with players that were already there maybe not being happy.

If Daniel Levy felt that Jose Mourinho wasn’t getting the best out of the players, there’s no doubt, that would have been one of the reasons why he sacked him. They probably feel that by bringing in a new manager, that quick uplift, it might give them almost the ‘Roberto Di Matteo’ effect – when he won the Champions League after taking over from Andre Villas-Boas at Chelsea – and that might be what they’re thinking.

It probably shows you how little they rated Jose Mourinho and the way he was playing. They probably want to play more attacking football, let the players be more expansive and enjoy the game, it might be the better way for them to get a result.

I wasn’t surprised that he was sacked, but the week before the cup final was what really shocked me. I’ve watched them for a while now and they’ve been really poor, the football hasn’t been exciting or good at all.

There’s no doubt that he leaves a cloud over every club he goes to. It’s very rare that he doesn’t have fallouts with people and that’s something that just seems to happen with him.

But one thing you can’t do is knock his record. He’s won trophies wherever he’s gone and what he needs to do is win early, otherwise the longer it goes on without him winning it becomes more of a toxic situation and I think that’s what certainly happened at Tottenham. Then the blame game starts, the usual behavioural pattern starts to happen.

But to say he won’t manage in the Premier League again is utter rubbish. Of course he could. There’s a shortage of managers out there, there’s not enough great managers to be able to say ‘Jose Mourinho will never manage in the Premier League.’ There’s every chance and it might be in a few years when it’s just a job he fancies, he’s got enough money to choose what he wants.

Could he end up at PSG or another big club? Of course he can, because he’s a charming guy, he’s got a lot about him and a lot to offer. I felt after the Man Utd job that was maybe him done and he ends up at Tottenham. You just never know in football and Jose Mourinho will be on everyone’s lips because of his CV.

I think it’s a case of being a little bit careful and not making too many sweeping statements because his CV is brilliant, it comes at a cost sometimes, but he’s a winning manager. And when he’s in good form, he’s good for the game. It’s when the clouds come over and he’s not winning, he finds it really hard to adjust and not revert to type.

Ryan Mason must be in a bit of a tumble dryer thinking ‘what’s going on here?!’… I’m glad to see Ledley King still there, Robbie Keane is another player I would like to have seen get involved in some capacity as well.

For Ryan, I think it’s a case of not even so much of what he’s going to do, but what the players are going to do. There was a really telling moment in the interview after the Southampton game when Gareth Bale said ‘we attacked, that’s what we do, we’re Tottenham’ – it might not be those exact words, but that’s what he alluded to – and that’s exactly what Tottenham have to do. 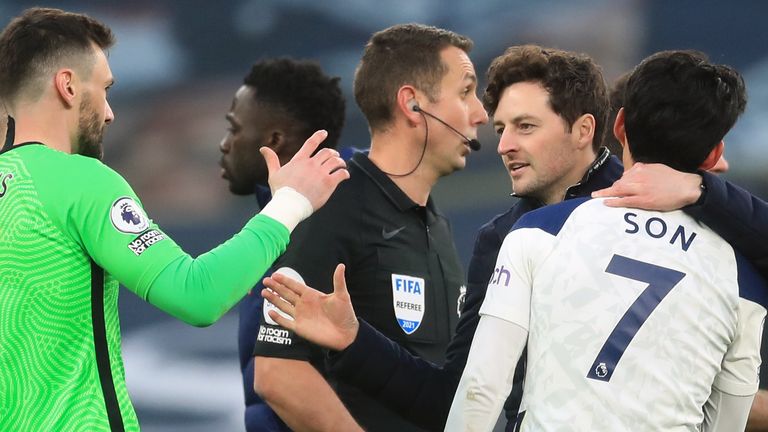 Tottenham want to win, but they also want to play a style of football and the football they were playing under Jose, they weren’t winning and it was poor football, it was awful to watch. I don’t think he was letting players do their thing.

So to a certain extent, Ryan’s job is just to free them and say ‘go and enjoy it, don’t worry about making mistakes, if we make mistakes, someone can cover. When we haven’t got the ball, work hard to get it back as soon as possible and play with a little bit of flair’.

That’s what I think is going to be so interesting and exciting for Tottenham fans because he’s not going to have a lot of time to coach them. There wasn’t a great deal he could do against Southampton but what we did see was Gareth Bale in brilliant form and he’ll be looking forward to this game at the weekend.

Some of the things he did in that game was vintage Bale and it just makes you wonder why the previous manager wasn’t playing him more. He wants to play and he showed that against Southampton because he was the best player on that pitch by a mile.

‘Spurs have to defend confidently’

To beat Man City, you’ve got to defend for your life. Tottenham did have success in beating them under Jose and that was by defending in numbers. They’re going to have to have a bit of luck and play with confidence defensively because they haven’t looked like keeping clean sheets and this Man City team asks so many questions of you.

Going forward, the pace of Heung-min Son will be needed to exploit that side. That will be an area they believe they have got to work Son and maybe get more into those positions if Harry Kane isn’t fit and defend well and play on the counter-attack. City play such a high line and that is possibly where they can get some success.

Of course I fancy City and they’re the red-hot favourites, but stranger things have happened, especially after last weekend’s game against Chelsea. That will give Tottenham a little bit of hope that something could happen but if they haven’t got Kane, you fear for them even more.

Last year, Phil Foden was amazing in the final. He played on the right and was just mesmerising.

I haven’t seen many players that just have amazing spatial awareness in such a long time. He knows where he is, where players are, he sucks them in to try and make a tackle and he just nips it over them.

He’s a frightening player. If his talent, ability and knowledge, will to win and aggression to get after the ball can carry on in this manner, it’s limitless what he can achieve. He’s got the right manager, he’s got the right players around him and to have a homegrown star like this is a brilliant story.

It’s great having the Kevin De Bruynes and the Vincent Kompanys, and the David Silvas and Sergio Agueros, but to have one of their own doing it, there’s nothing better than that. 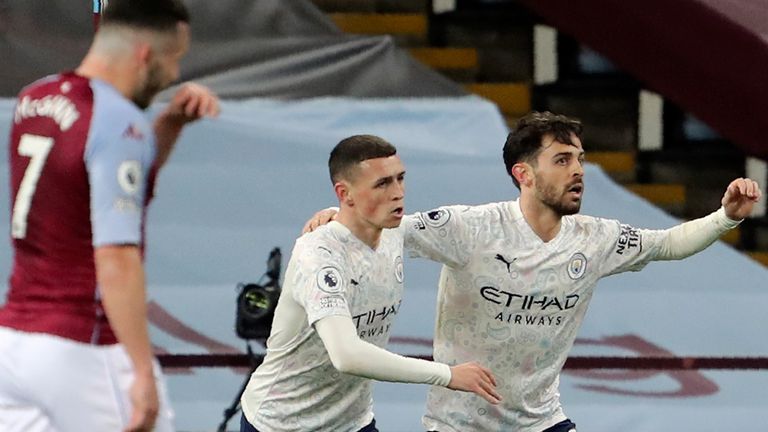 Will Pep start him? There’s a protection element from Pep Guardiola, too. The Villa result pretty much secured the league, but the Champions League is their priority. Pep will have all their remaining fixtures in his office and he will be prioritising where he needs his players.

De Bruyne will be a huge risk to play in this final. If he was 100 per cent fit, then maybe we might not see Foden, but the fact that Foden didn’t start against Chelsea and then he came on and single-handedly got them back into the game, I really think he starts in this one. I’d be amazed if he doesn’t and I’d be amazed if he risks De Bruyne, I think he’ll be on the bench if they need him.

But I just don’t see a team sheet without Foden or De Bruyne. One of them has to start.

If they had a fit Harry Kane, I would say Tottenham have every chance. Of course, City are favourites but without a fit Kane, it just feels like they’re lacking in that bit of confidence still. I just think City are a different class.

Anybody else, I think this is a 50/50 game with Tottenham because I think they’ve got a good squad but against City with the way they control the ball, I just don’t see them making the same mistake that they did last week when they lost to Chelsea.

But sometimes, you just don’t know in football and this could end up being six of the most amazing weeks for Ryan Mason. Who knows – let’s see what happens – but I do think we’ll see City lifting the trophy again.