Manchester City will attempt to win the Carabao Cup for a third successive season when they begin their campaign in the competition that provided the first part of their 2017/18 treble.

The FA Cup and Premier League winners earned their first silverware of the season when they beat Chelsea 4-3 on penalties in February following a goalless draw in normal time at Wembley.

The tense final, which included an apparent spat between Chelsea keeper Kepa and now-departed manager Maurizio Sarri, capped a dramatic season in the competition.

The Blues only reached the final after scraping past Spurs on penalties after two legs, while City produced a cruel masterclass to whitewash League One Burton 9-0 at the Etihad Stadium before restricting themselves to a mere 1-0 win in the second leg.

City almost exited the competition at the quarter-final stage, drawing 1-1 at Leicester before Raheem Sterling missed in the shootout.

Gabriel Jesus, who finished as the tournament top scorer with five goals, converted his spot kick to set Pep Guardiola’s side on their way to an eventual 3-1 win on penalties. 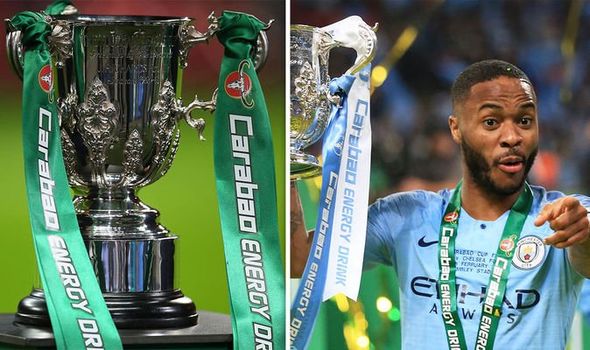 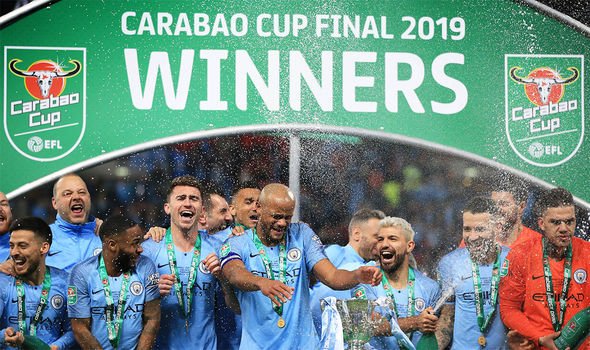 When is the Carabao Cup draw? EFL Cup fixtures

The EFL Cup has headed to far-flung draw locations in the last couple of years, including China and Thailand.

Energy drink company Carabao, the competition sponsors, are based in Thailand.

When this year’s draw is held on Thursday, June 20, it will again take place in an unusual location for a traditional English cup competition – but this time the action is closer to home.

Former England midfielders John Barnes and Ray Parlour will lead the announcement from the Colindale branch of supermarket chain Morrisons.

The setting is close to Wembley and is being pitched as a “modern day supermarket sweep”, with shoppers apparently able to “engage with the competition”.

Seventy teams will be drawn, divided into northern and southern sections to ensure clubs are spared arduous journeys in the early stages of the competition. 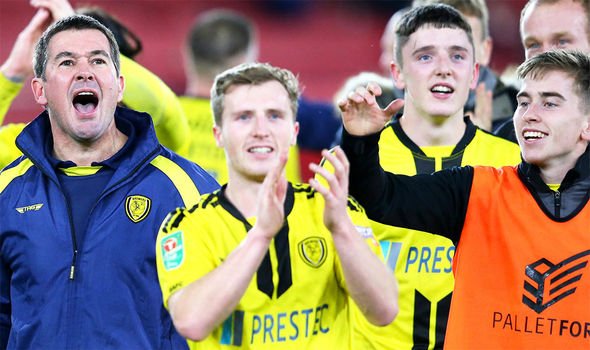 Clubs from the lower divisions will be aiming to emulate Burton, who knocked out Championship Middlesbrough at the Riverside Stadium in last season’s quarter-finals.

Huddersfield Town, the Premier League’s bottom side last season, will be included, but fellow relegation victims Fulham and Cardiff will not join the competition until the second round, when Premier League clubs will also be in the pot.

Clubs who are involved in European competitions, such as Man City, join at the third round stage.

Early shocks last season included a win on penalties for League Two Exeter over Championship Ipswich, signalling the start of a dismal season for the Tractor Boys that culminated in relegation. 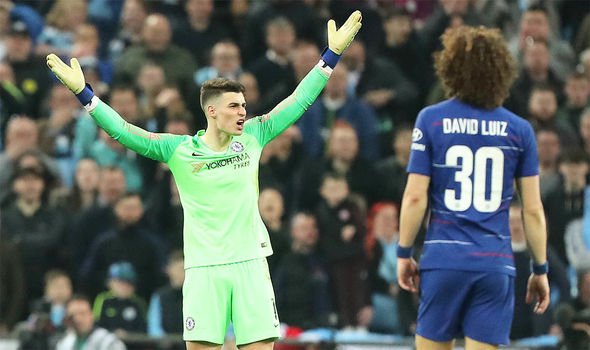 The cup has not been won by a team outside of Manchester since Chelsea’s triumph in 2015, with Manchester United breaking up City’s run of three win in four seasons by beating Southampton 3-2 in the 2017 final.

City are attempting to lift the trophy for the fourth time in seven seasons. Victory this season would mean they had won the competition seven times – one behind Liverpool’s record of eight.

The Reds have won the trophy just once in 16 seasons, edging past Cardiff in a penalty shootout in 2012.

This season’s first round ties are scheduled to take place in the week beginning August 12.