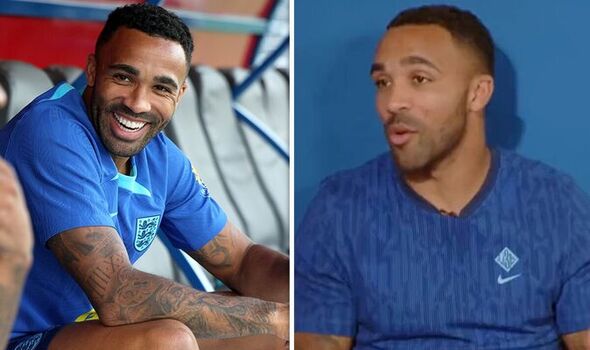 Callum Wilson has revealed the moment he almost missed his call-up to England’s World Cup squad. The Newcastle striker was selected by Gareth Southgate for the first time in three years.

Wilson was rewarded for his fine club form, beating off competition from the likes of Ivan Toney and Tammy Abraham. He made an immediate impact off the bench in Monday’s opener against Iran in Qatar.

The forward came on for Harry Kane and was unselfish in setting up Jack Grealish for England’s sixth goal. But Wilson’s joy at being selected didn’t come as early as his team-mates.

Southgate named his 26-player squad on November 10. Players were told during the morning via a WhatsApp message.

But Wilson found out later than fellow Newcastle star Kieran Trippier. The 30-year-old initially thought he had been snubbed by Southgate before later coming across the message.

Wilson told Lions Den: “[I found out] a couple of hours before the squad was actually announced. I was on the training pitch at the time, I came in off the training field, Tripps was there smiling away like a Cheshire cat.

“I’m thinking he must have some good news, he said ‘check your phone’. So I checked my phone, nothing, initially. I was like ‘I haven’t got it then’, smiling but I was devastated inside.

“I went into my archive and Emily, who sends out the messages to the players, I hadn’t had a message from England for a while so I just must have swiped it out of the way to focus on other things. It was sitting there and I was smiling away to myself.

“And [Trippier] was like ‘have you got a message or something?’. I was like ‘relax’, trying to play it cool. Everyone was like ‘you can be happy you know, you can be smiling and that’.

Wilson has scored six Premier League goals this season for a Newcastle side that sits third in the table. And Southgate admitted he has always been a fan of the former Bournemouth player.

Southgate said earlier this month: “I know his background well and have always admired him. He’s come through enormous hardships to get to where he’s got to today, not least getting through a lot of injuries.”