England believe that Callum Hudson-Odoi has returned from rupturing his Achilles a sharper player.

Hudson-Odoi’s peers have remarked that the 18-year-old appears to have evolved physically during his five months out. 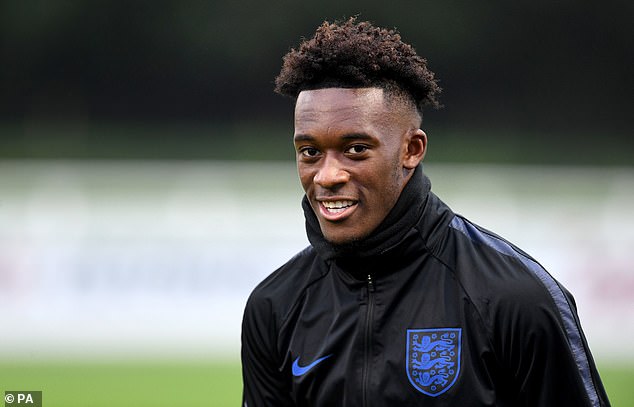 ‘Players can get quite down about serious injuries but he’s come back stronger,’ Boothroyd said.

‘He’s certainly lost none of his explosive power, which can be a worry with an Achilles. He has to make sure he looks after himself. Doing that stuff off the pitch allows them to flourish.

‘I can’t say anything but positive things about him. He’s got a brilliant approach to life. 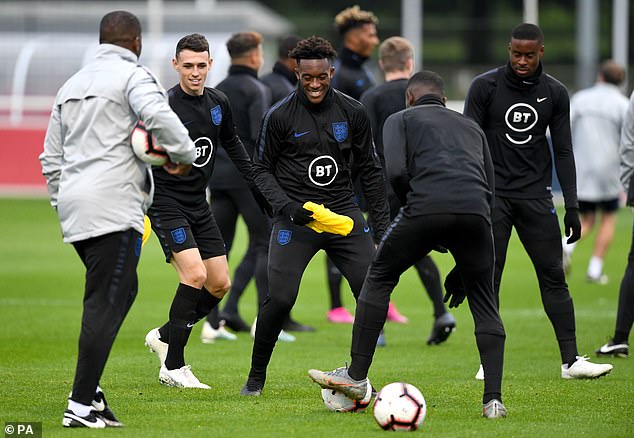 ‘His attitude has been first class. His enthusiasm has been infectious. It gets everybody going, they raise their levels. Hopefully we can’t hold on to him and he gets in the first team.’ England team-mate Phil Foden believes Hudson-Odoi will be knocking on Gareth Southgate’s door ahead of the senior internationals next month.

‘Callum’s a special talent and I’ve known him for a long time now,’ Foden said. ‘We played together in the youth teams and I’m positive he’ll be back up to the first team in the next camp. I’m hoping so.

‘He actually looks even sharper. That’s just Callum for you. He’s always got a smile on his face and just loves the game. He hasn’t dropped standards in any way. He’ll obviously feel like his sharpness isn’t quite there but you can see the signs.’ 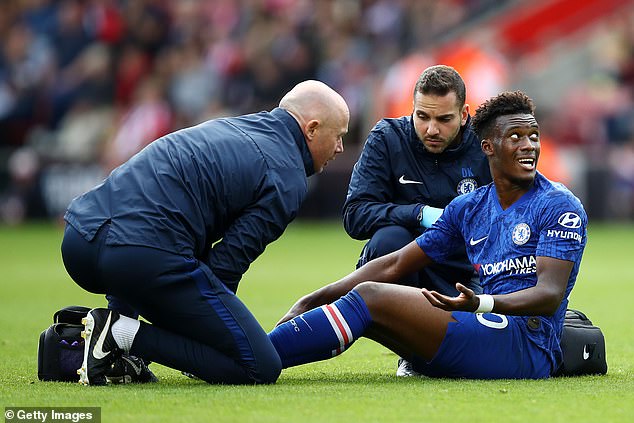 Boothroyd claimed Hudson-Odoi went looking for possession too often in Maribor on Friday as England struggled to break down a stubborn Slovenia side.

‘He made a couple of mistakes in terms of getting frustrated and dropping into areas where we don’t want him,’ Boothroyd added. ‘But he’s certainly showed a lot of talent. There’s scope for much, much more from him.

‘He’s tried to do what we’ve wanted him to do. He played in a sort of Raheem Sterling role and I think he enjoyed that because he’ll be looking at Raheem and thinking, “How do I get to that? What do I have to do?”‘