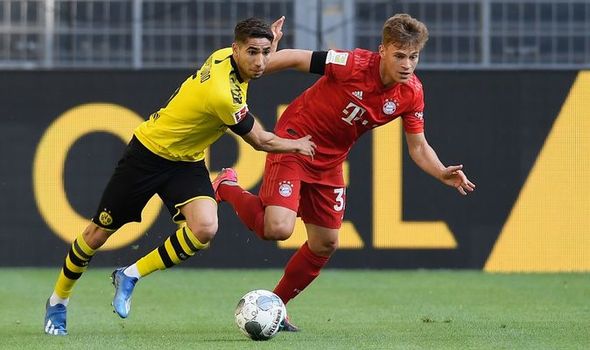 “His development has been excellent,” coach Hansi Flick said of Kimmich.

“He was a full-back and we decided to put him in the six position because there he can better use his strengths.

“He moves a lot, he establishes order, he can attack while also acting as a support to the defence.

“He pushes teammates on, he is focused and has a winning mentality. Not only in the team and in training.” 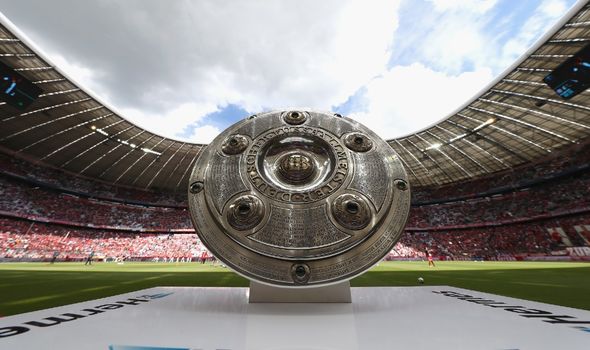 Bayern continue their pursuit of an eighth succesive Bundesliga title with the visit of the in-form Fortuna Duesseldorf.

Duesseldorf have turned their season around since the arrival of coach Uwe Roesler in January, losing just one of their last nine games.

They beat Schalke 2-1 on Wednesday to climb to 16th, the relegation play-off spot.

“With this kind of attitude we have a huge chance (to stay up),” said Roesler.

Dortmund head coach Lucien Favre received the backing of club CEO Hans-Joachim in the wake of the defeat to Bayern. 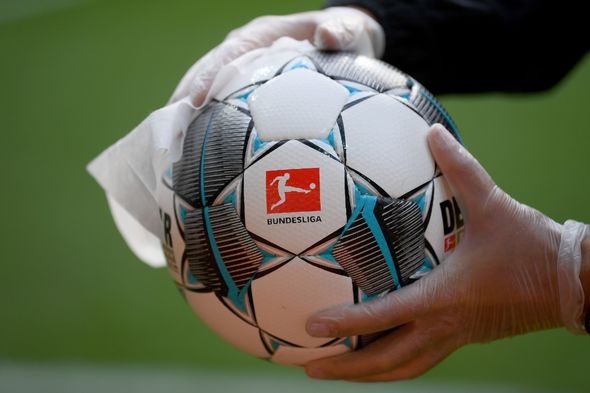 “At the moment there is no reason for a coach discussion,” Watzke told the Funke media group.

“We are playing a very, very good second half to the season.

Predictions have provided by the Betfair Exchange, with the figures based on how people have been betting on the fixtures.

To find out more about the Betfair Exchange head to: https://betting.betfair.com/how-to-use-betfair-exchange 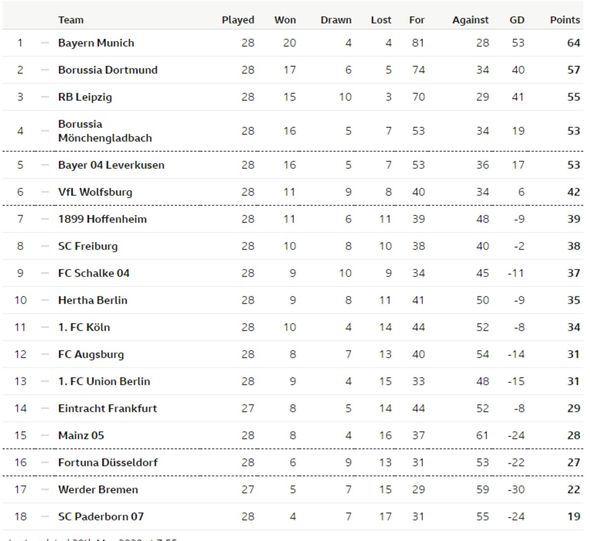