Bruno Fernandes once again showed off his shooting prowess with a wonderstrike against Everton on Saturday, attracting an interesting question from former Manchester United star Robin van Persie. It’s only been 12 months since United brought in Fernandes but the midfielder has already established himself as an icon among some fans.

The Portugal international hit the ground running with eight goals and seven assists in his first few months at the club.

And there’s been no drop off this campaign. In fact, Fernandes seems to be getting better throughout the season.

He’s now scored 18 goals in all competitions as well as registering 12 assists with United currently second in the table.

His impact at Old Trafford has seen Fernandes likened to United hero Eric Cantona such is the level the midfielder is regarded on the red side of Manchester.

JUST IN: Man Utd chief Ed Woodward ‘had tears in his eyes’ after fan abuse 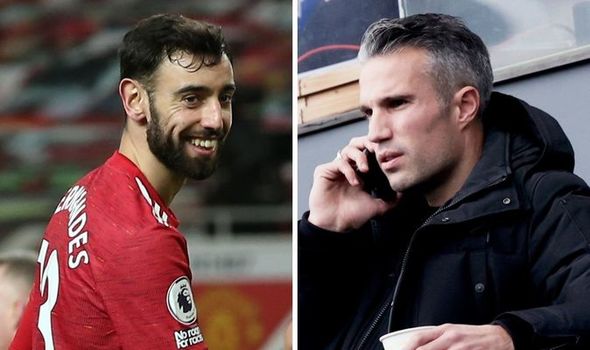 Former players such as Gary Neville and Rio Ferdinand have admitted that they would have loved to have played alongside Fernandes in their heyday.

Van Persie only spent three seasons at United, making an immediate impact in his first campaign with 26 goals and 15 assists as they went on to win the title.

He would go on to score 22 more over the next two seasons before leaving for Fenerbahce in 2015.

And the former Holland international still keeps track of United’s progress as he was left gobsmacked by Fernandes’ first-half goal against Everton.

Fernandes looked almost nonchalant as he picked up the ball on the edge of the box, rolling it forward and then striking past a helpless Jordan Pickford.

Van Persie was in awe and it made him wonder whether how he would have fared at United if the two had the chance to play alongside each other.

“What a joy to watch him play! Just wondering… how many goals for RvP with him in midfield..?” 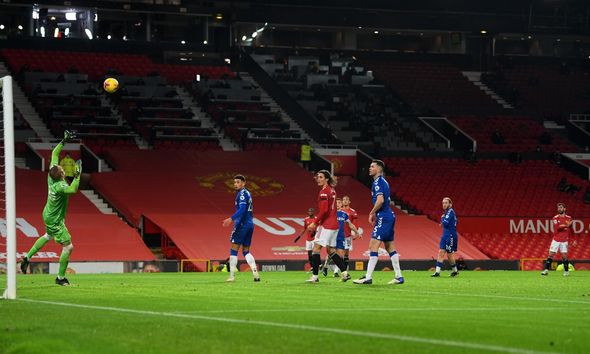 The idea clearly resonated with United supporters as they began dreaming of the duo playing at Old Trafford together.

One fan replied: “You’d score 100s, imagine having a team with you and Greenwood in the same team too… would be like seeing clones.”

A third said: “Think you would break the all time record if you were up front along with the lads.”