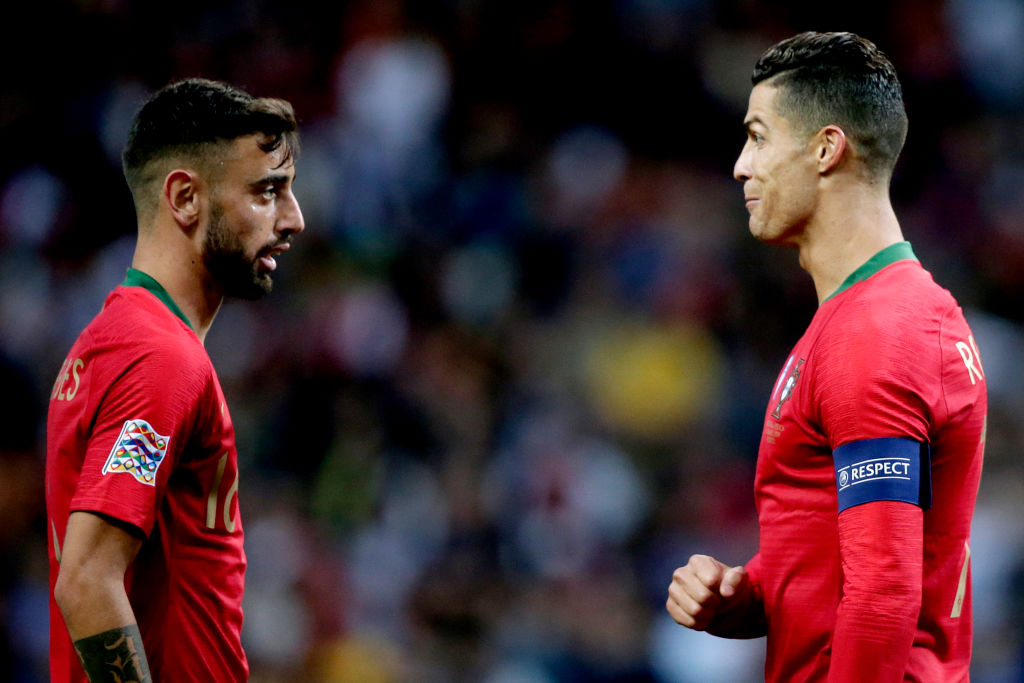 United announced Ronaldo’s departure by mutual consent with immediate effect on Tuesday evening, bringing an end to his second spell back in Manchester.

It followed the 37-year-old’s explosive interview with Piers Morgan, where he revealed he has ‘no respect’ for manager Erik ten Hag, also taking aim at club legends and the owners.

Ronaldo also targeted United’s young players, claiming that they do not care enough and do not listen to him.

The former Real Madrid and Juventus star did not appear before the press on Wednesday alongside manager Fernando Santos ahead of Portugal’s World Cup opener against Ghana, with Fernandes instead stepping in.

The attacking midfielder insisted he would not ‘pick a side’ amid the fallout between United and Ronaldo but conceded ‘nothing lasts forever’ with his countryman now seeking a new club.

‘I don’t feel uncomfortable. I don’t have to pick a side,’ Fernandes told reporters.

‘It’s been an honour to play alongside him for club and country. It was a dream come true, but nothing lasts forever.

‘Here everybody is focused on the World Cup. Everyone is aware of what it means to represent our country.’

Ronaldo is now a free agent with reports in Spain suggesting Newcastle United and Saudi Arabian side Al Nassr are the front runners to sign the veteran striker.

However, ESPN report Newcastle have ruled themselves out and have no interest in making a move.

Chelsea have emerged again as a possible destination after being offered Ronaldo during the summer with Todd Boehly eager to sign the five-time Ballon d’Or winner following his takeover at Stamford Bridge.

But Boehly’s advances were met with resistance by Chelsea’s then manager, Thomas Tuchel, who was sacked in September.

Graham Potter replaced the German in west London but recent reports have suggested the Blues boss would be ‘equally unenthused’ over the prospect of Ronaldo joining the club, sharing Tuchel’s concerns over the impact it would have on the dressing room.