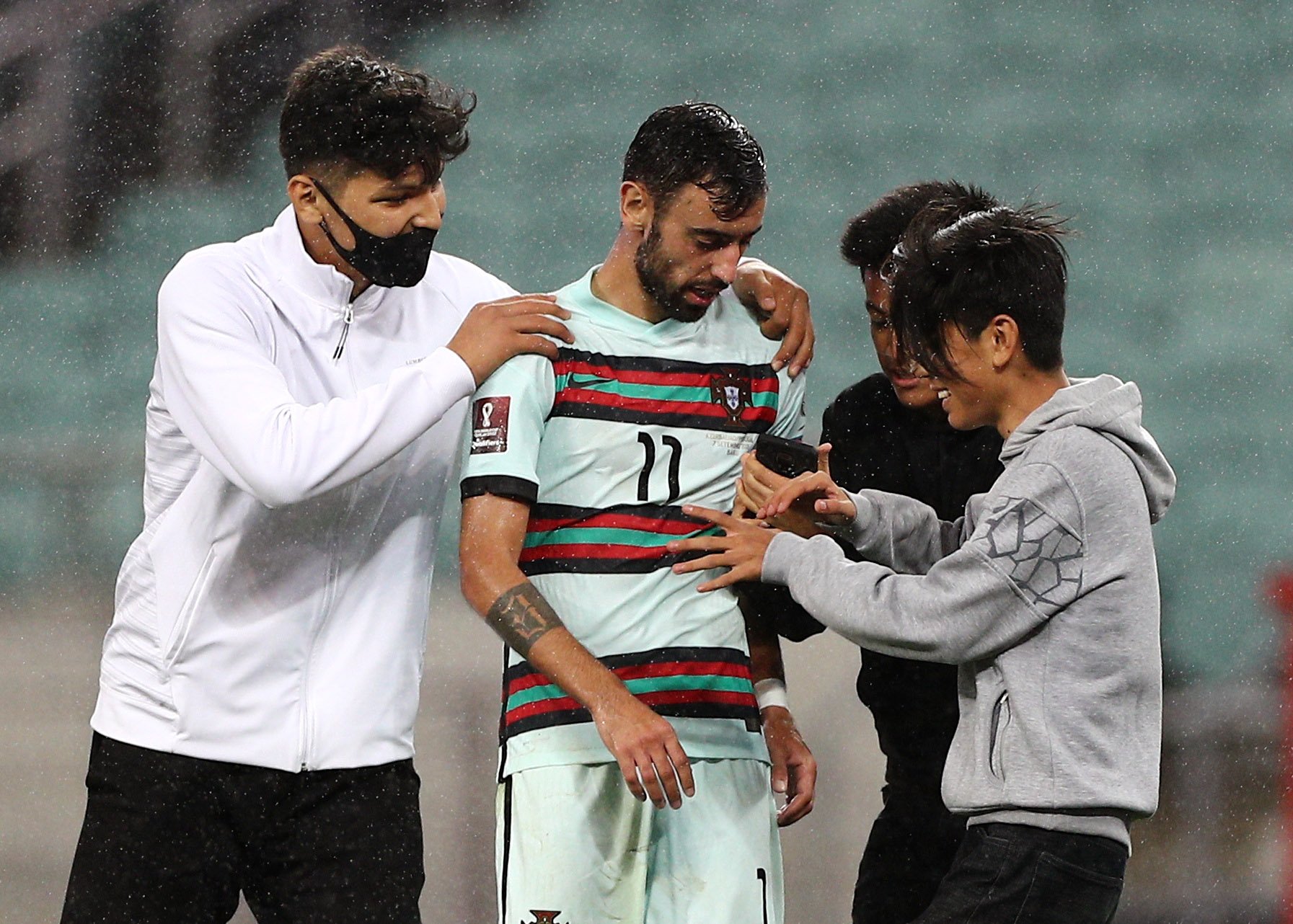 Manchester United star Bruno Fernandes was mobbed by fans on the pitch during Portugal’s win over Azerbaijan in Baku, with three youngsters taking selfies with him as the game was paused.

It was a comfortable night out for Portugal in general, with Bernardo Silva, Andre Silva and Diogo Jota scoring the goals in a 3-0 win.

However, the game took a strange twist in the 87th minute when three lads ran onto the field to snap a selfie with Fernandes and little was done to stop them.

With security still not on the pitch to remove them, Fernandes reluctantly posed for a photo before the pitch invaders ran off the field and back into the stands.

While no harm was done to the Portuguese superstar, it wasn’t a great advert for the security on offer in Baku.

Fernandes played the full 90 minutes in the comfortable win, as did Manchester City pair Joao Cancelo and Ruben Dias.

Bernardo Silva and Jota were both replaced after scoring their goals.

Cristiano Ronaldo was not involved as he was suspended and instead trained with his new Manchester United teammates for the first time since re-signing for the club at the end of August.

Portugal continues their impressive start to World Cup qualification, picking up their fourth win in five games, drawing the other 2-2 in Serbia. 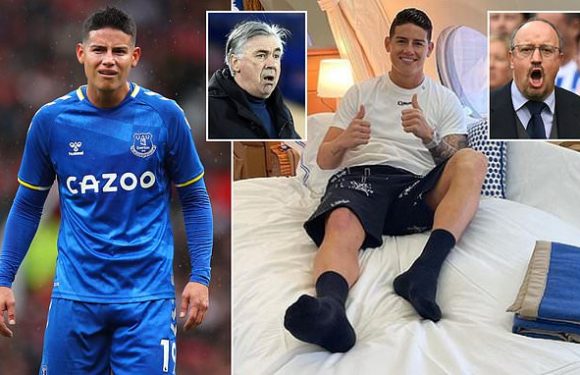