Steve Bruce has played down Scott Parker’s bullish assertion that Fulham are ready to reel in Newcastle, by reminding them they have won once in 14 matches.

The fight for Premier League survival has descended into a war of words this week with Parker saying his team believe they can drag the Magpies into the bottom three.

Fulham have closed the gap on fourth-bottom Newcastle to six points ahead of this evening’s visit of Sheffield United. Win that – they also have a superior goal difference – and the pressure will be on Bruce and his side heading to Manchester United on Sunday. 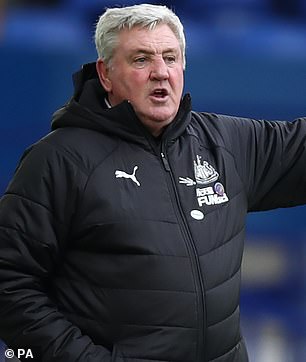 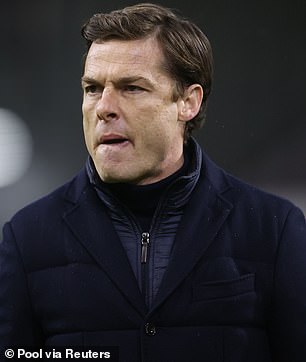 However, the Newcastle boss does not appear overly concerned about their position and he was dismissive of Parker’s claims, as he said: ‘Fulham have won and closed the gap a bit, but they’re still struggling to win as well. They have only won one in 14 games. It’s all to play for.

‘From 13th downwards you’re looking over your shoulder. We’re not alone in it. If they (Fulham) are confident, then let’s see where we are at the end of the season. You have to quietly go about your job and get the points on the board.’

Meanwhile, Bruce has rejected Gary Neville’s criticism of Newcastle’s players not being together when they emerged from the tunnel at Chelsea on Monday night. 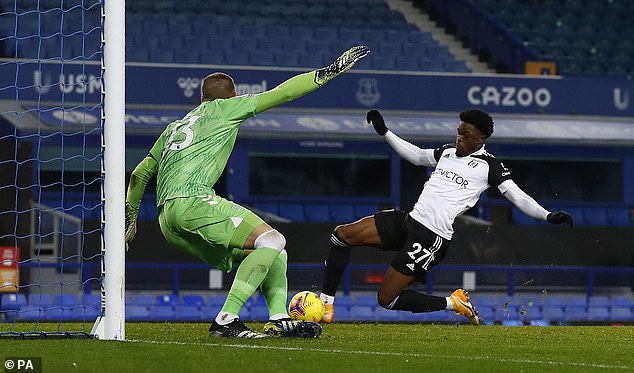 Neville could not understand why Bruce’s team entered the pitch with only nine men, and they duly produced a woeful first-half showing.

‘Where are the rest of the team?’ said Neville on Sky Sports. ‘Half of the team are walking out. Be together when you walk out onto the pitch. How many players have they got? Have they had someone sent off? You don’t leave the dressing room until all of you are together.’

Newcastle got beaten 2-0 – both goals coming before half-time – but Bruce claims coronavirus protocols were the reason for their unsightly entrance.

‘I saw that thrown at us about the tunnel,’ he said. ‘Let me tell you, it was very, very difficult when we’re not even getting changed in the stadium. We had a two or three-minute walk from where we got changed in a health club. So I don’t really go with that.’

Sportsmail understands the health club where away teams change at Stamford Bridge is 130 yards from pitch. 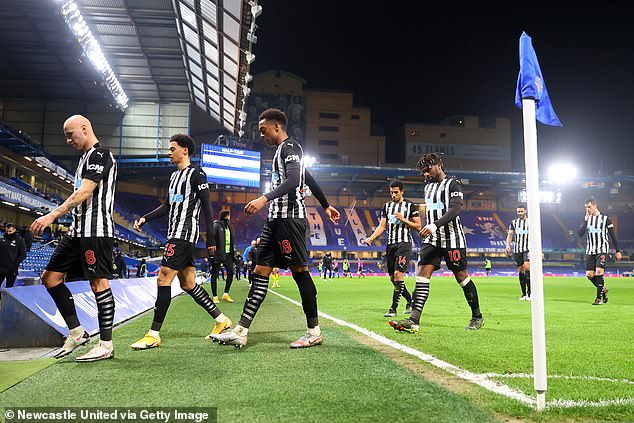