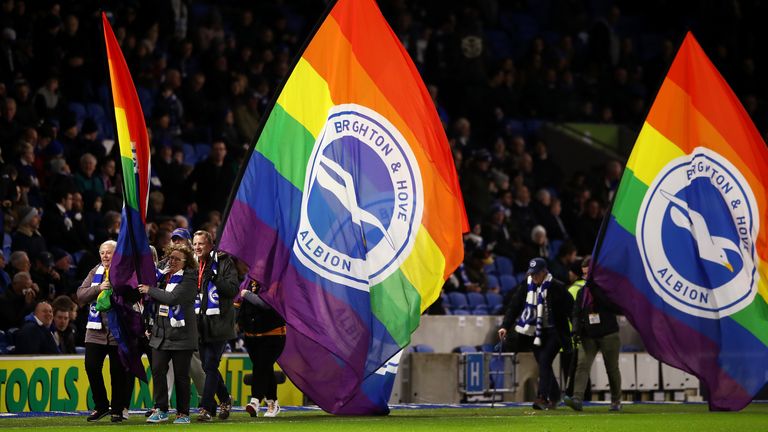 Graham Potter says there is no excuse for homophobia in football ahead of
Brighton’s derby clash with bitter rivals Crystal Palace, live on Sky Sports.

But the initiative was marred by alleged incidents of homophobic abuse, including at Brighton’s Amex Stadium where two visiting Wolves fans were ejected, arrested and later released pending investigation.

Seagulls boss Potter is braced for a hostile atmosphere at Selhurst Park on Monday evening but insists the rivalry between the two clubs does not justify supporters behaving in a discriminatory manner.

“Regardless of what type of game it is, it’s unacceptable,” Potter said of homophobia.

“If we want to do anything and if we want to change anything, football should be football for everybody, regardless of their ethnicity, their religious position or their sexuality. “It’s sad that we’re even having the conversation.

“But you can see in many instances that that’s the world we’re in at the moment and football has to do its best to try and lead the way.”

Brighton and Wolves each condemned last Sunday’s alleged discrimination, with the clubs working in connection with Sussex Police following the incident. 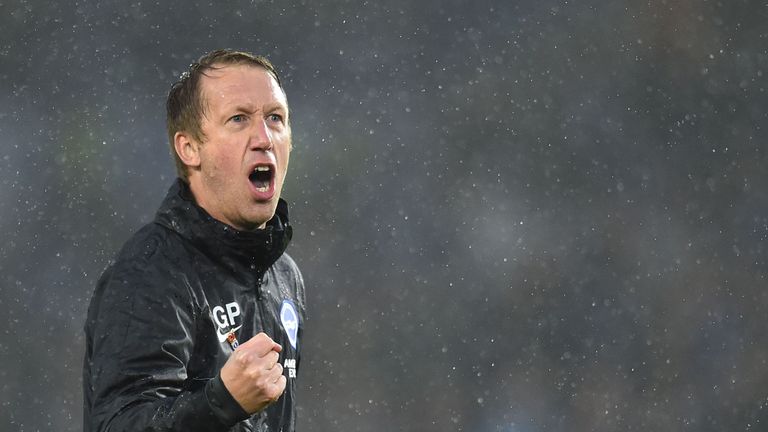 It occurred on the same day Everton launched an investigation into reports of homophobic chanting aimed at Chelsea fans during last Saturday’s match at Goodison Park.