Switzerland striker Breel Embolo REFUSES to celebrate after scoring against the country of his birth, Cameroon, in the World Cup – as fans praise the Monaco star for his mark of ‘respect’

Switzerland’s Breel Embolo refused to celebrate after giving them the lead against Cameroon at the World Cup – as it was the country he was born in.

The Monaco forward broke the deadlock three minutes into the second half of Switzerland’s opening fixture on Thursday, but he chose against celebrating it and instead raised both hands while appearing to apologise.

Embolo, 25, was born in the Cameroonian capital of Yaoundé, before moving to France with his mother at the age of five, where she met her future Swiss husband. 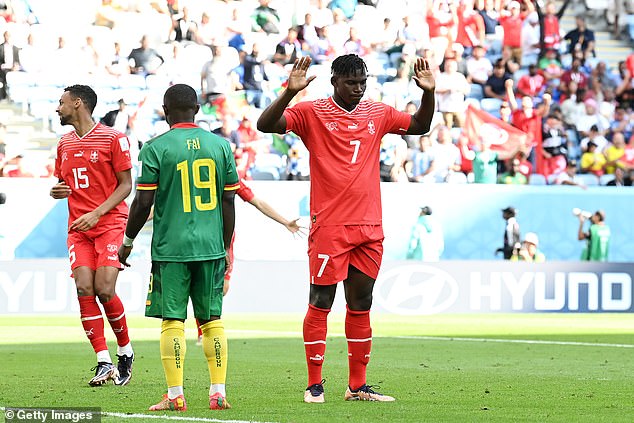 Shortly after the family therefore relocated to Basel, where Embolo plied his trade as a youth player and, as a result, received Swiss citizenship in 2014.

After featuring for their Under-16 side, he committed his international allegiance to Switzerland in December of that year and has since earned 59 caps.

Fans were quick to praise Embolo over his mark of ‘respect’ for Cameroon, taking to Twitter to express their admiration for his muted celebration.

One wrote: ‘Embolo was born in Cameroon? Much respect for that celebration’.

Another posted: ‘Respect for #Embolo #FIFAWorldCup for not fully celebrating the goal. That shows some love’.

A third commented: ‘Embolo scored for Switzerland and didn’t celebrate because he was born in Cameroon. Class’. 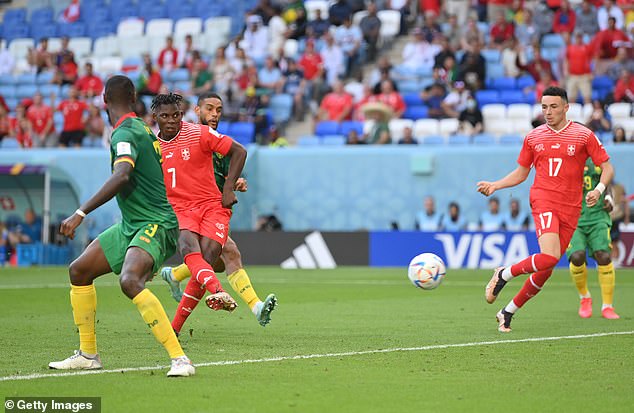 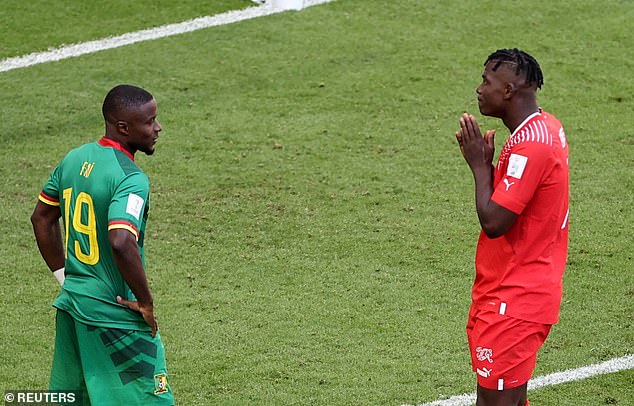 But instead of celebrating, he instead appeared apologetic against the country of his birth

While a fourth said: ‘Well done Breel Embolo for not ‘celebrating’ that goal against Cameroon. That’s respect for where you were born. You will still get grief from the haters for it though.’

Embolo, who has scored eight goals in 23 games for Monaco this term, started his career with Swiss club FC Basel having emerged from their youth ranks.

After registering 31 goals in 91 appearances he secured a move to Schalke in 2016, where he spent three years before heading to fellow Bundesliga outfit Borussia Monchengladbach.

The forward only left Monchengladbach for Monaco in the summer after completing a £12million switch to the French club.