Thiago Silva backs ‘humble’ Neymar to shine ahead of Brazil’s World Cup opener against Serbia, as the veteran defender insists his countrymen will make the forward play better than he does for PSG

Captain Thiago Silva knows Brazil face ‘fierce competition’ in Qatar but feels the squad are relaxed as they prepare to kick off their bid for World Cup glory with their opening Group G game against Serbia.

The Selecao headed to the Gulf state as number one in the FIFA rankings and qualified top of the South American CONMEBOL standings.

It has been 20 years since Cafu lifted the trophy in Yokohama, with plenty of heartache since, including being humbled on home soil with a chastening 7-1 semi-final defeat by Germany in 2014. 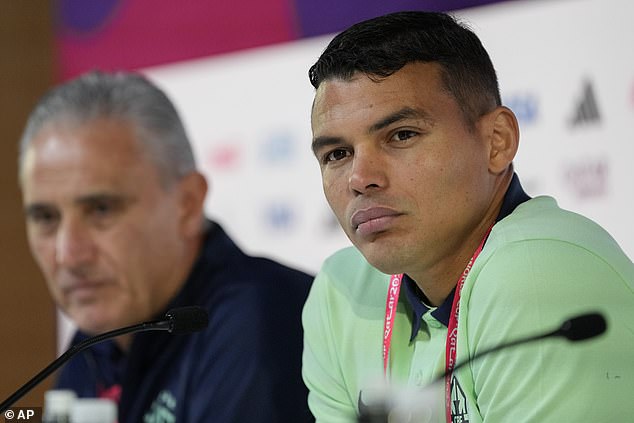 After being beaten by Belgium in the 2018 quarter-finals, Chelsea defender Silva knows there is an increased level of expectation to make a further impact in Qatar.

‘We know that it is a fierce competition and we needed to be ready, first of all for the first match,’ the 38-year-old said.

‘We all know the importance that the first match has to deal with our nerves and in that sense, we are confident that we will have a good performance.

‘We truly believe in everything we have done up to today and are about to make our first appearance in the World Cup in a very favourable position, in the sense of being well in all ways.

‘What I can tell the Brazil fans is please believe in us – rest assured that we are ready to do a great World Cup.

‘It is obvious the title is still very far away, but we can dream on and that is what we do every day.’

Neymar is closing in on Pele’s all-time scoring record, needing just two more to draw level with the Brazil great. 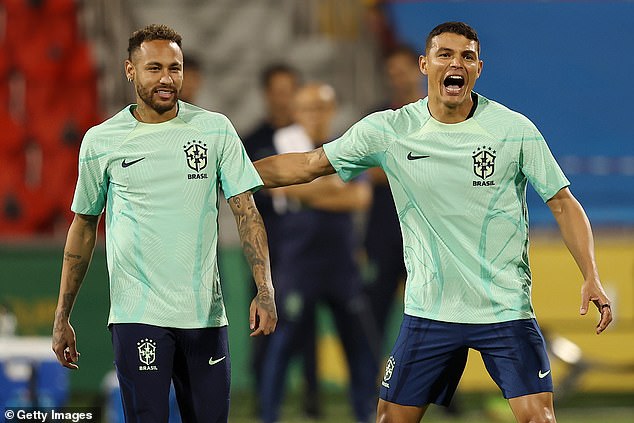 Silva feels the 30-year-old, who missed the 2014 semi-final defeat through injury, can deliver again on the biggest stage.

‘Now with a different preparation, without any injury and any worry, we see a better Neymar,’ Silva said.

‘He is humble and our group will make Neymar even more at ease with us. We will share our responsibilities as players, and that will help us to move forward.

‘Our interaction will help him to play better and we need to take advantage of this best Neymar mode.’

Brazil coach Tite is set to stand down at the end of the tournament, which will be his second World Cup campaign. 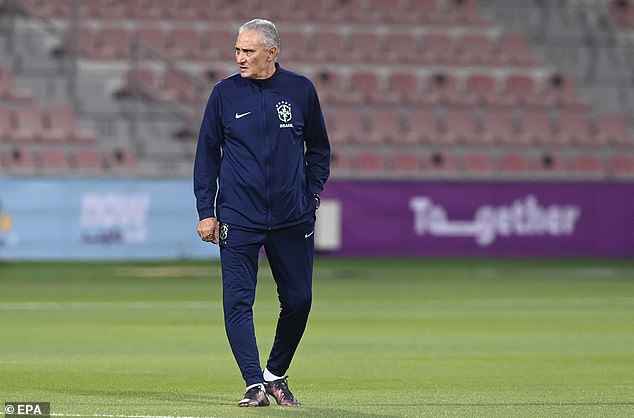 The 61-year-old said: ‘We not only have pressure, but we also will take advantage of that because dreaming is part of our life.

‘We have hopes, but we are also aware that there are very good teams (here) that play at the same level as Brazil.’

Serbia coach Dragan Stojkovic is confident his side will hold their own against a star-studded Brazil squad.

‘Brazil is a great team, one of the best in the world,’ he said. ‘It is for me, I think a golden generation of the players in this moment, and of course it will be an extremely difficult game. 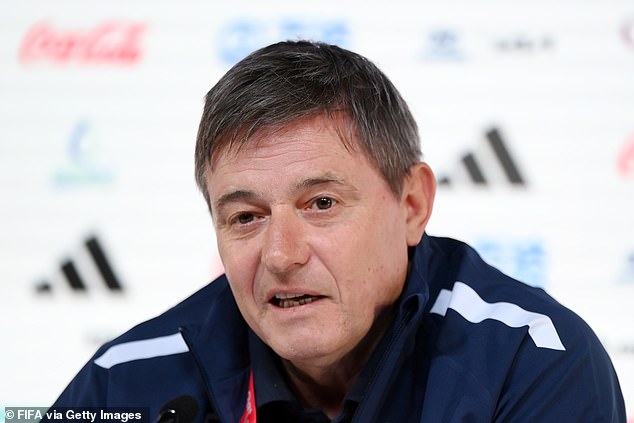 ‘But we as a team must be very focused on our own style of football.

‘We are not afraid, no team in the world scares me – not even Brazil because we do not need to be afraid of anyone.’

Stojkovic remains hopeful on the fitness of striker Aleksandar Mitrovic, who missed Fulham’s last couple of Premier League games with a foot problem.

‘In the past four or five days, he has been working with the team,’ Stojkovic said. ‘The good news is that he doesn’t feel the pain in the area where he had the injury.’