Blackburn’s leading marksman moved to 25 league goals for the season after his first strikes at Ewood Park since February helped celebrate his 200th career league start in style.

But he could have hardly asked for more willing opponents as Huddersfield’s defending swung between tragedy and comedy all afternoon. 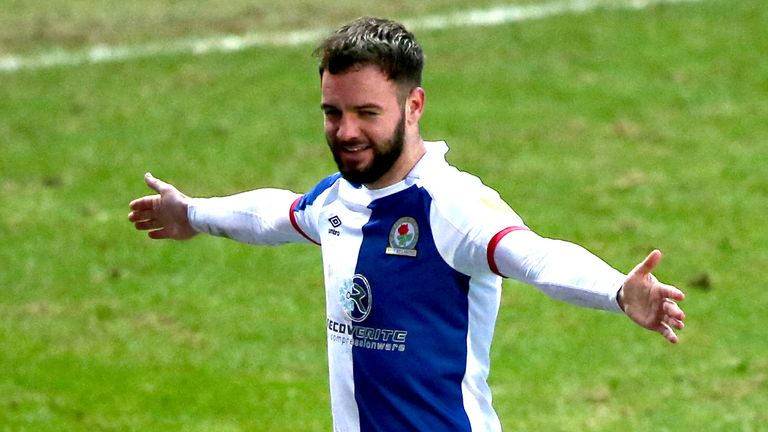 Armstrong’s first was a header from two yards after Ryan Schofield missed a corner. By the time Ben Brereton doubled the lead midway through the first half, he alone could have had four goals.

An own goal by Ryan Nyambe in the 45th minute gave Huddersfield hope but they capitulated, conceding three in the space of six second-half minutes, with Armstrong slotting in two easy chances either side of a 20-yard Sam Gallagher strike.

Josh Koroma scored a superb consolation late on but it was a shambolic performance from the visitors, who have conceded 12 in their last three away games and still need points to secure safety.

Both sides made four changes each, with the Terriers handing Ajax loanee Carel Eiting his first start since January 2.

It was clear to see why Huddersfield have the league’s second-worst defence as a simple ball by Armstrong presented Brereton with the first of four early chances for him, but Schofield tipped behind.

The ‘keeper made a mess of the resulting corner though, missing the ball completely, allowing Armstrong to head in from two yards for an eighth-minute lead.

Brereton lashed into the side netting soon after when Blackburn were three-on-one, but he made up for it in the 22nd minute when Gallagher squared perfectly for the striker to tuck away his sixth goal this season.

Huddersfield offered little but were back into it on the stroke of half-time when Koroma engineered space and whipped in a brilliant cross that Nyambe headed into his own net.

It mattered little though as an abysmal six-minute spell put the game out of sight. A simple 54th-minute throw-in set Brereton through and he squared for Armstrong, who could not miss.

Armstrong turned provider for Gallagher, whose shot was powerful but Schofield got enough of a hand on it to do more than help the ball in.

On the hour, Huddersfield’s defence went AWOL again with Joe Rothwell squaring for Armstrong, who clinically dispatched from 12 yards for his second hat-trick this season.

Tyrhys Dolan almost benefited from more generous defending, but his deflected shot was cleared off the line by Naby Sarr, before Koroma struck a sublime turn and shot to curl in a superb consolation eight minutes from time for Huddersfield, who tasted defeat for the 21st time this season.