Newcastle United manager Rafael Benitez urged the club’s fans not to boycott games in protest against the club’s owner Mike Ashley, who was barracked when he showed up at St Mary’s Stadium.

The escalating fury over Ashley’s reluctance to make money available to Benitez has led to calls for a St James’ Park boycott.

But the Spaniard said support was needed for the difficult months ahead, with the team second bottom of the Premier League. 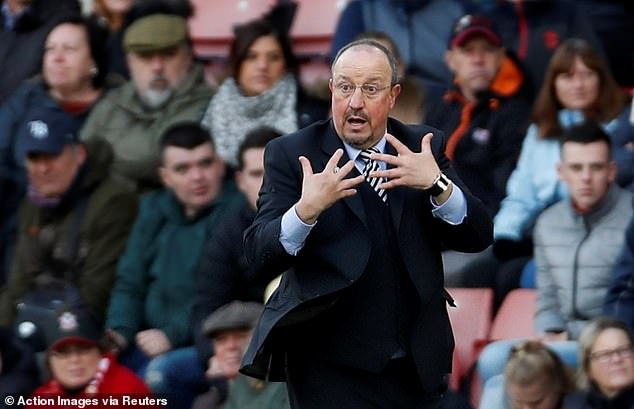 ‘We need the fans going to the stadium, supporting the team for 90 minutes,’ Benitez said.

‘Keep supporting the team. It’s the only way. We want to stay in the Premier League. We proved last year we were stronger.’

Despite the struggle of the early weeks of the season, Benitez retains huge support among the Newcastle faithful, who sang his name from the 38th second of Saturday’s game.

Benitez was so absorbed in the early exchanges of the match that he had his spectacles knocked from his face by a ball that flew into his technical area. 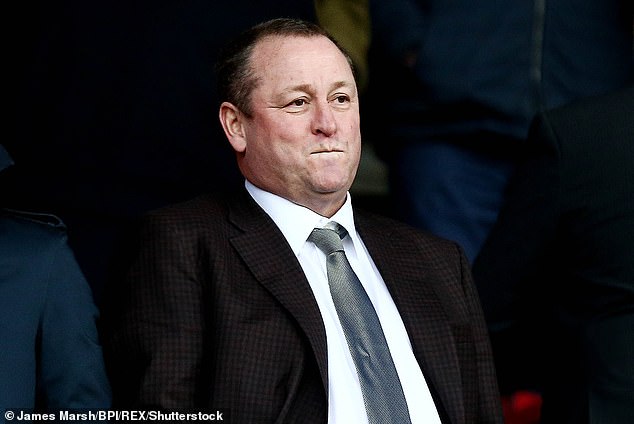 Newcastle defended well but the game showed again that they lack a potent goal-scorer.

Japanese Yoshinori Muto struggled to make an impact against a resolute Southampton defence.

‘He was working hard also but from the strikers we need [strength] and pace,’ Benitez said of Muto. ‘He has to learn about the English football. He has to challenge in the air and things like that..’