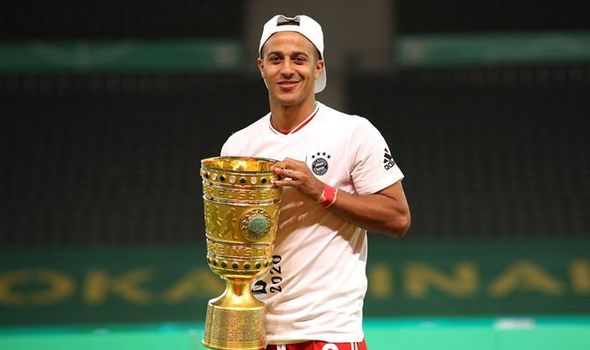 Bayern Munich boss Hansi Flick admits Thiago could be on his way out of the club, following links to Liverpool, but insists he remains ‘positive’ about the situation. Talk of a move for Thiago to Anfield emerged over the last few days with some suggesting an agreement is already in place.

And Bayern boss Flick admits Thiago is keen to experience another league having been with the German champions since 2013 after four years in the Barcelona first team.

The 29-year-old has just one year left on his contract and Bayern chief Karl-Heinz Rummenigge insists he won’t be allowed to leave on a free, meaning he will be sold this summer if a new deal is not agreed.

And while Flick wants to keep the midfielder, he accepts he could be on his way out.

“The thing is, I always have hope. I’m actually always very positive about things,” he said after Bayern won the DFB-Pokal against Bayer Leverkusen on Saturday.

“I also know, of course, that when you’re at a certain age and you’ve already played in the Spanish league with Barcelona and in the Bundesliga with Bayern Munich, you feel the need to experience another big league. That is quite normal and that is also human.

What Jurgen Klopp has said about Thiago Alcantara as rumours emerge 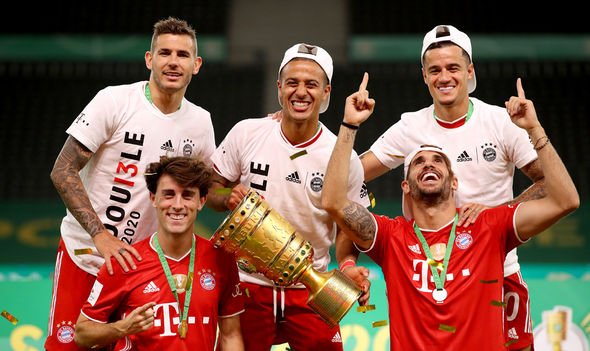 “I’m trying my best to make sure Thiago stays here and that you can convince him to stay. But that’s one thing that time will show.

“We still have the Champions League ahead of us now and we have a lot of plans, also together with him.”

Rummenigge was adamant he would not leave on a free, saying: “Thiago is a great guy, on and off the pitch.

“We were negotiating seriously with him and we complied with everything he asked, but it seems that he is looking to do something new in the final part of his career.

“We don’t want to lose a player on a free transfer next year – I will be very clear about that.”