‘Fans have waited 50 years for this’: Barrow manager and former Blackburn and England midfielder David Dunn relishing his club’s challenge in the Football League

Coming from different worlds, Barrow and David Dunn do not seem an obvious fit. While Dunn’s career was largely spent in the Premier League, that thrilling midfielder who should have broken into various England sides, his new employers toiled in non-League, a town forgotten.

His solitary international cap, a substitute appearance against Portugal in 2002, came during Barrow’s fourth consecutive season in the Northern Premier League — tier seven of English football.

Yet here we are, Dunn in situ as manager just days from a first Football League campaign on the Cumbrian coast for 48 years. 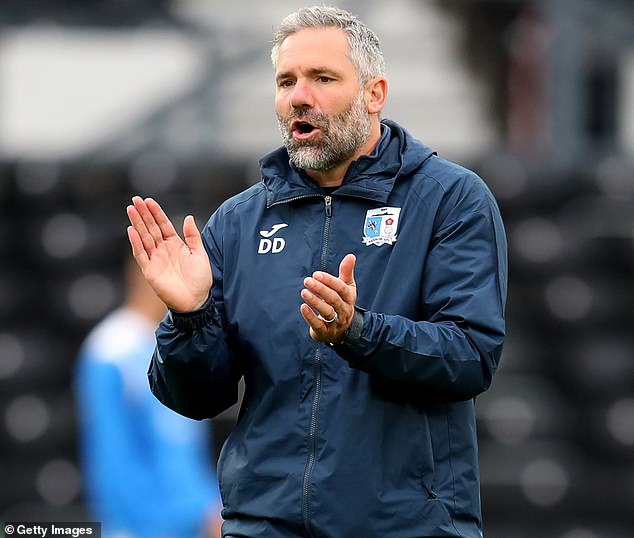 Almost half a century spent stewing over losing a bid for re-election in 1972. Back then, the bottom four in the Fourth Division were required to apply to reinstate their status for the following season which was then voted on.

After the division’s de-regionalisation in 1958, only five clubs dropped out of the league in 28 years. All five were northern, all five replaced by promoted southern teams.

Around Barrow, they argue that opponents of their re-election had basically grown sick of the lengthy hike up to the peninsula for away matches.

What the subsequent decades have done is bond this community. And that, alongside Dunn’s obvious managerial aspirations, is what binds the two parties.

Dunn, 40, split much of his youth following Great Harwood, an amateur team in east Lancashire, with Blackburn Rovers. Shovelling snow off the pitch for big FA Vase matches in the early 1990s, travelling around the north west to watch his team. 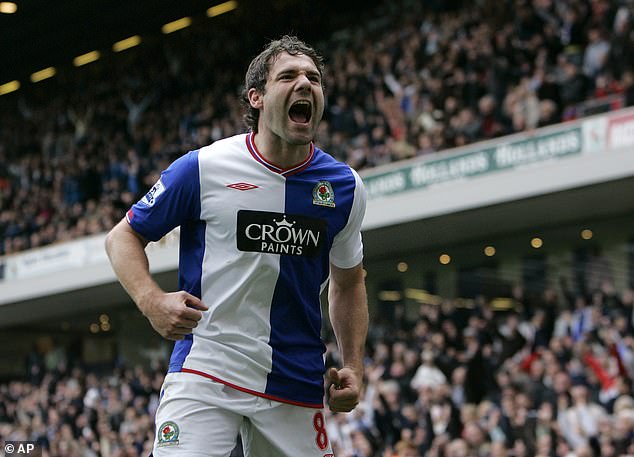 Great Harwood, kept going financially by the late, great Eric Whalley — a man synonymous with nearby Accrington Stanley — dissolved in 2006. Dunn is all too aware of the sport’s impact. In essence, it is what makes Barrow’s re-emergence such a special story.

‘A lot of hardcore, patient supporters have been waiting for a long, long time,’ said Dunn. ‘It’s been a really long journey. I’m so glad that they got what they deserved.

‘Listen, we haven’t kicked a ball yet and the fans are on a crest of a wave, but I get a good feel about the people. Down to earth, working class, who want people to do well. At times there are certain people (elsewhere) that don’t always want their team to do well.’

Barrow often train in Rochdale, just north of Manchester, and 100 miles from their Holker Street ground — currently being spruced up.

Dunn is in the advantageous position of taking on a job at an upwardly mobile club, with predecessor Ian Evatt having accepted the Bolton Wanderers vacancy after securing promotion from the National League. The new man makes sure to do the rounds when he does travel west. 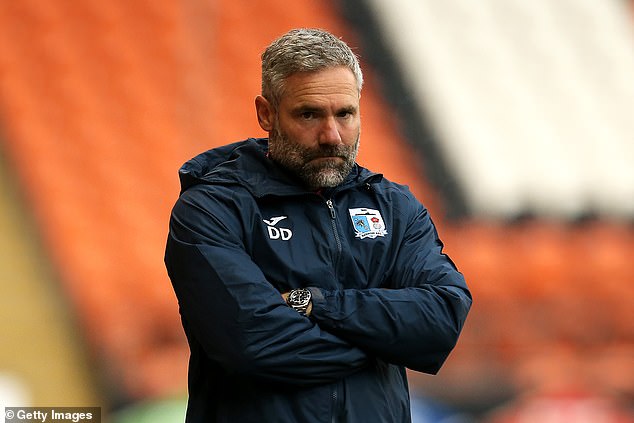 ‘It’s only right to throw yourself into it because we’re not there all the time,’ he says.

‘It’s important to give people time, chat to them. I could be totally wrong but it feels like a lot of people go up there to work in the week at the shipyards and the aerospace and then leave on Friday. The weekend is just Barrow people watching their football team.

‘I think if we play the right football, I can see us being a really strong club. The new stand behind one goal has transformed the ground. The pitch has been done. The owners have not held back.

‘I’m not daft — results are the main thing. But it’s quite nice that I’m involved in a project. We mentioned Accrington before and they are a club you want to emulate. What a hell of a journey. Stability is the key there. We want that.’

This is not Dunn’s first foray into management. A four-month spell in charge at a weary Oldham Athletic, resulting in only three wins in 20 before the sack, was clearly chastening.

Coaching roles at Blackburn, first with the Under 23s and then alongside Tony Mowbray, followed before a switch to Blackpool. Dunn feels he is far more equipped these days.

But I wasn’t ready, nowhere near. Oldham wasn’t ideal but I don’t make excuses. I could’ve come out and said loads of things, but what’s the point? Reflect on yourself, see how it improves you. 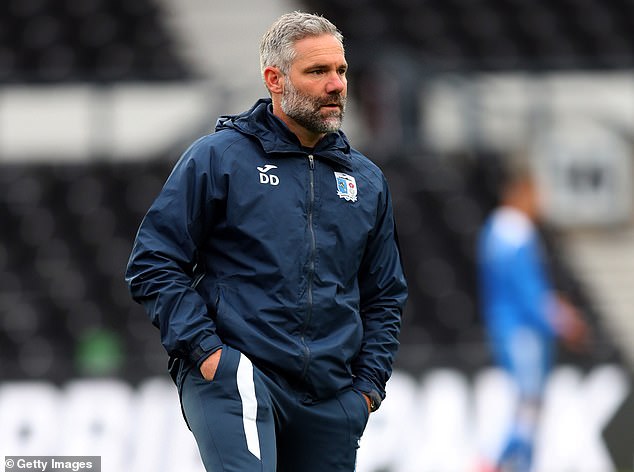 ‘I’m very impulsive, my instincts let me know about people. I can see the character here. The 10 players I inherited are all good human beings. You can’t always say that. It’s not always ideal at League Two level in terms of facilities and things life throws at you. I’ve not heard one of them whinge.

‘As soon as I’d met the chairman and the directors, I made my mind up pretty quick. My gut feeling was a good one.’

Dunn resists discussing targets. Success, you imagine, would be staying up, although it is clear they will attempt to play progressively, with the free transfer of former Manchester United graduate Callum Gribbin an intriguing prospect.

‘We’ve got to be as competitive as we can be. What a great challenge this is. If I could still run around I’d love to take it on!’

Soccer
Fernando Torres: ‘I felt like I could fly at Liverpool. I was always competing against that version of me’
WWE News