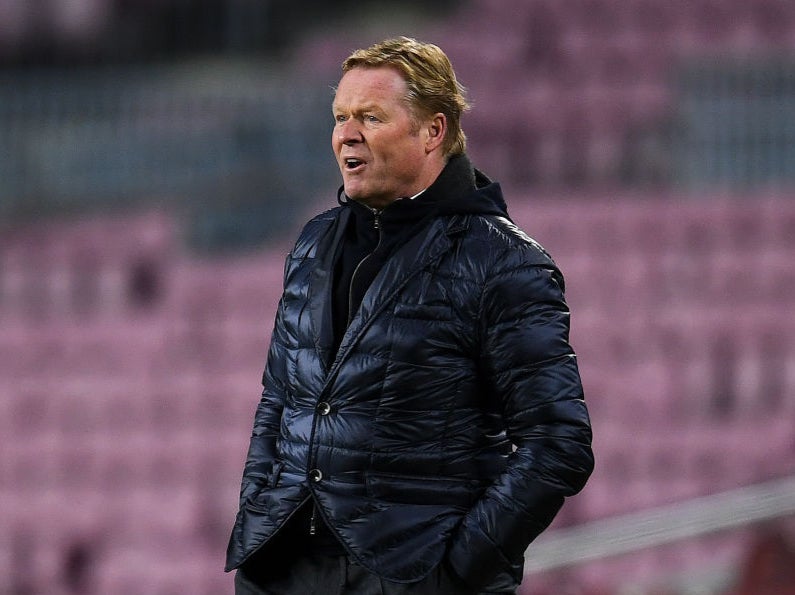 Ronald Koeman’s side are 10 points behind leaders Atletico

Koeman was quoted by Marca as saying in his post match press conference: “This month is very important for our aspirations because we have lots of games away from home and, if we win them, I think we can fight.

“We’ve seen this weekend that it’s not easy to win away from home. If a team (above us) goes on a bad run, the gap can be closed, but it depends on us winning.”

Barca only registered once despite numerous attempts on goal, including two Messi efforts that were well saved by Huesca goalkeeper Alvaro Fernandez, while the hosts went close through on-loan Wolves forward Rafa Mir and saw a late push for an equaliser prove in vain.

Koeman said: “We can improve on our final ball, on picking up positions inside the box.

“I’m happy with Frenkie’s goal because we want our midfielders to get into the opposition box. We hope to be more clinical because you win games easier (like that).”

Koeman made four changes from the laboured 1-1 draw with Eibar on Tuesday – Antoine Griezmann was among those dropping to the bench as Messi, Ousmane Dembele and Martin Braithwaite started in attack.

“I trust every player in our squad, but if we choose to have three central midfielders, there’s room for three forwards,” said Koeman, who brought Griezmann on with around 10 minutes to go.

“With Leo, we went for someone who gets in behind more like Dembele and we have to choose between Martin or Antoine up front.

“Martin did well. He’s the number nine we need in these types of games but leaving Griezmann on the bench means nothing. We have lots of games and we need every player.

“(Dembele) is a player we need because we’re missing Ansu Fati, who is also a striker who can play out wide. He gets in behind the opposition, he’s good one-on-one…

“It’s always important to have one who gets in behind to take advantage of the quality of Leo and the midfielders.”