Barcelona presidential candidate Joan Laporta has taken a pop at Zinedine Zidane as the politics around the Nou Camp continue to swirl. After Josep Maria Bartomeu’s resignation, the club are yet to appoint a replacement.

Real Madrid boss Zidane was furious that the match against Osasuna was allowed to go ahead.

It came during a time of unprecedented weather in the Pamplona region of Spain, which was hit by Storm Fiomena.

The storm had already delayed Real’s arrival by four hours but the pitch was covered in snow patches prior to kick-off.

The match was given the green light, though, but Los Blancos could not capitalise on Atletico Madrid’s earlier hiccup. 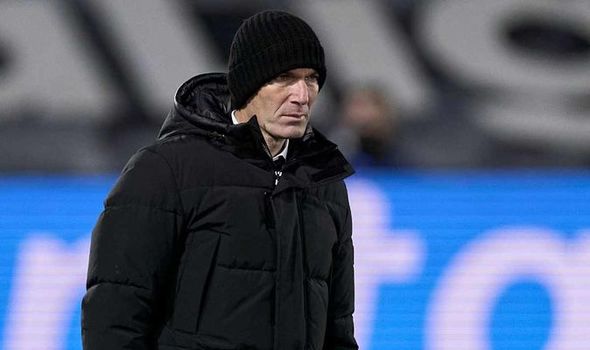 Real could have usurped their rivals at the top of the table but instead ground out a bore 0-0 draw.

Zidane was furious the game went ahead, speaking in his post-match press conference.

“It was not a football match and that is the feeling we have after what happened,” he told Marca.

“It was not a football match and it should have been suspended.

“I will complain about game going ahead as the conditions were not good.”

But Barcelona presidential candidate Laporta has hit back at Zidane, insisting he had no problem prior to kick-off.

He retorted: “If you have complaints, you should make them before the game, not when the game has already been played and it has not gone as expected.” 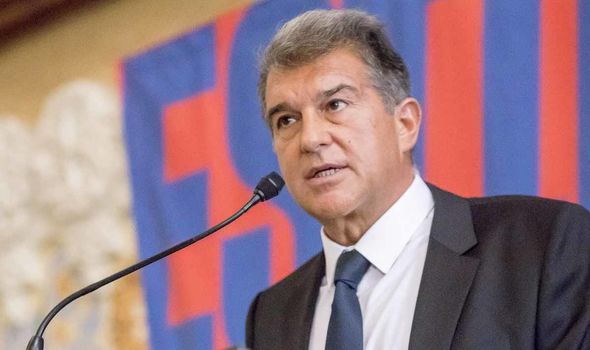 Carlos Tusquets is currently in interim charge at Barcelona as the election will go ahead on January 21.

Laporta is the favourite to land the position with Victor Font his main challenger.

Agusti Benedito, Pere Riera, Jordi Farre and Fernandez Ala are out of the running after failing to secure the minimum amount of signatures.