The Frenchman gave Xavi’s men the lead 34 minutes into the friendly in Dallas after running rings around Alex Sandro before taking the ball onto his right foot and slamming an effort into the far corner.

Five minutes later however the Serie A giants were level when Everton loanee Kean held off the challenge of Eric Garcia and tapped home Juan Cuadrado’s low cross from the left-hand side. 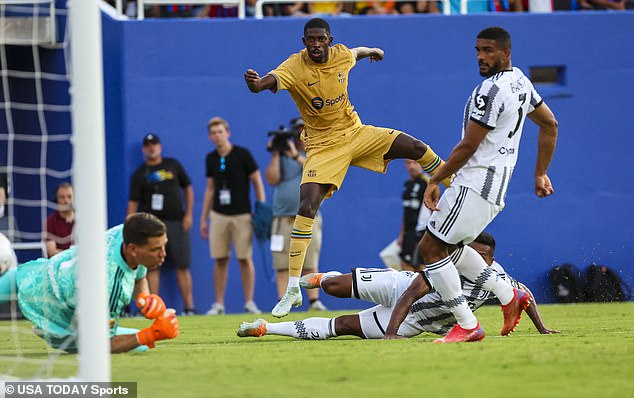 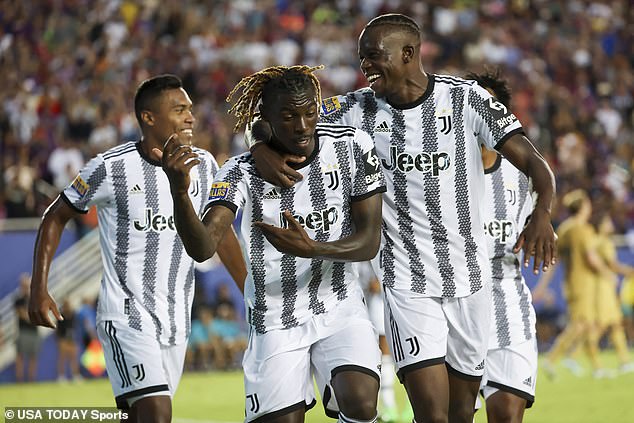 But two minutes later Dembele put Barcelona ahead once more again, cutting in off the right again before beating Cuadrado and firing an effort with his left past Wojciech Szczesny.

Kean however would then notch his brace seven minutes into the second half after a slick passing move was finished off by the Italian forward past Inaki Pena.

But it was Barcelona who had the chances to win the game, with Raphinha’s free-kick hitting the crossbar moments before Ansu Fati’s curling effort also hit the frame of the goal. 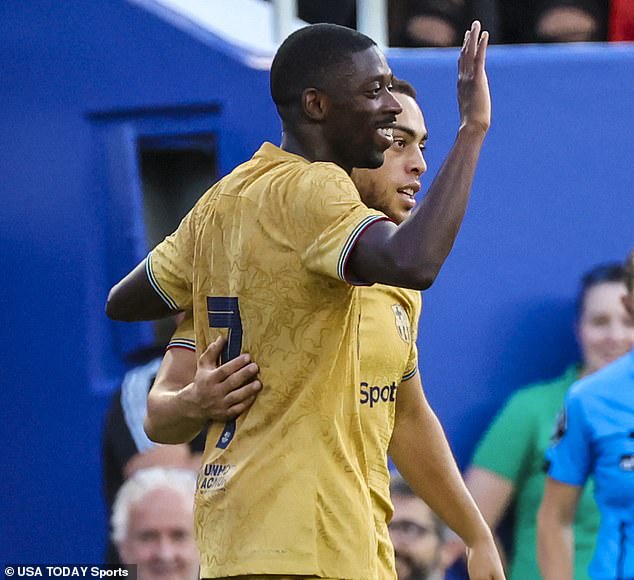 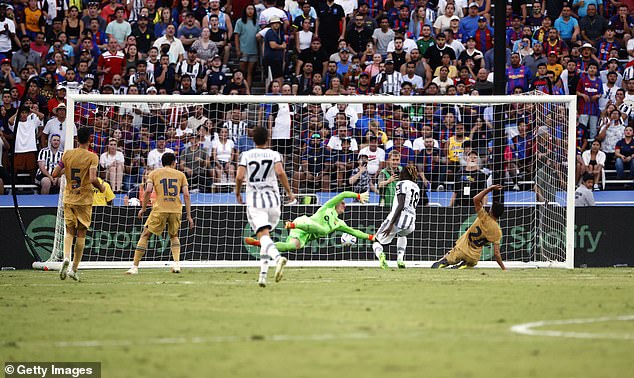 Mattia Perin then did well to save an effort from Barcelona midfielder Gavi with just three minutes remaining, while Robert Lewandowski again started for Xavi’s men but is still waiting for his first goal since moving from Bayern Munich.

But Barcelona’s man of the moment was Dembele, who ended his contract stand-off with the club earlier this month by penning a new two-year deal.

The 25-year-old was briefly a free agent after months of on-and-off negotiations and speculation linking him with a move to Chelsea, but he finally put pen to paper on a deal until 2024.

Boss Xavi has always made wingers his absolute priority since taking over the club from Ronald Koeman last season and fought for Dembele to stay. 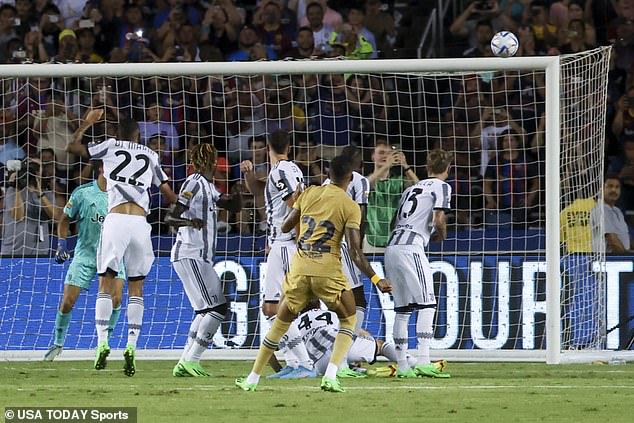 Barcelona had the chances to win it, with Raphinha’s wonderful free-kick hitting the bar

Meanwhile, the draw does mean the Catalan giants remain undefeated on their pre-season tour of America, having beaten David Beckham’s Inter Miami and arch rivals Real Madrid in the past week.

They now face New York Red Bulls on Sunday in their final game in the States before returning to Catalonia for their final pre-season friendly against Mexican side Pumas in the Joan Gamper trophy.

Juventus meanwhile beat Guadalajara on Saturday and now face the two Madrid sides before opening their Serie A campaign against Sassuolo. 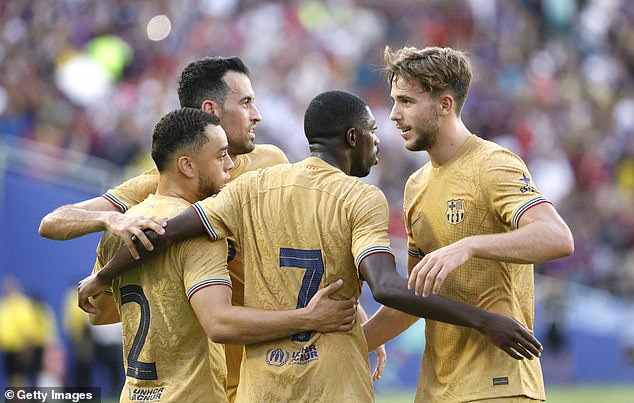 Barcelona remain undefeated on their pre-season tour of America, which ends on Sunday