Follow all the action as Arsenal host Villarreal in the second leg of their Europa League semi-final.

Mikel Arteta’s side trail 2-1 on aggregate after a dismal first-leg performance in Spain. Manu Trigueros gave Unai Emery’s side the lead inside five minutes as the Gunners’ reckless defending was punished before Raul Albiol doubled the Yellow Submarine’s advantage with a tap-in at the far post. However, Arsenal managed to salvage hope in the second half, despite going down to 10 men after Dani Ceballos picked up two yellow cards, with Nicolas Pepe scoring from the penalty spot.

Arsenal will be boosted by the return of their captain, Pierre-Emerick Aubameyang, who started and scored in a 2-0 victory against Newcastle last weekend after recovering from malaria. With their ambitions in the league restricted to a miserable mid-table finish, Arteta knows victory in this competition remains his side’s only route into European football next season. If they are able to overturn the deficit tonight, they will almost certainly face Manchester United in the final, with Ole Gunnar Solskjaer’s side boasting a 6-2 aggregate lead against Roma in the other semi-final. Follow all the action live below:

Unai Emery claims Arsenal are still the favourites to reach the final despite his great personal record in this tournament and his side’s one-goal advantage over the Gunners. He said:

“We will try to compete against this kind of team – those favourite teams – but the first-leg result is really narrow to make anything change.”

How will the game play out?

With Arsenal’s entire season on the line, here’s how we see the game playing out tonight: 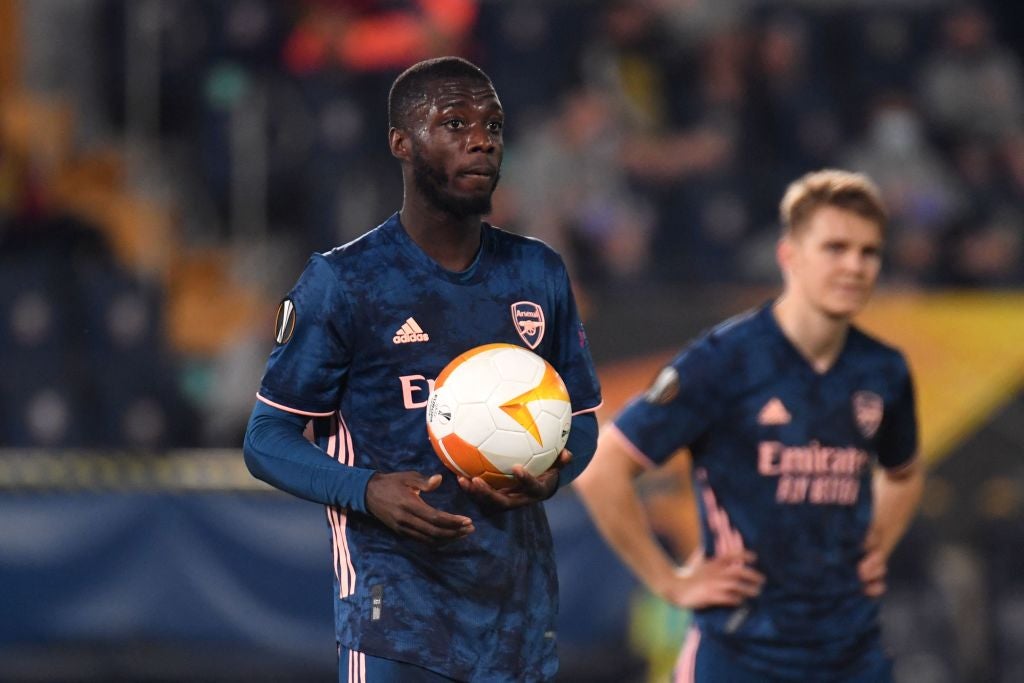 Predicting how Arsenal vs Villarreal will play out tonight

All you need to know ahead of the second leg

We are going into this second leg with maximum respect for Arsenal and the Europa League, and lots of enthusiasm. We are going to see Aubameyang in action, so we are going to see the best of Arsenal, individually and collectively. The first-leg result doesn’t change my view of the tie: Arsenal started as favourites and they are still favourites. We will do our best to compete.”

Blast from the past

Former Arsenal boss, Unai Emery, poses a big threat to the current Gunners side. He’s known for his incredible record in the Europa League having reached the semi-final stage in six of the seven seasons he’s managed in the tourament.

On four of those six occasions his teams have reached the final with Emery lifting the trophy three times; all when managing Sevilla. His only defeat in a Europa League final came in 2019 when his Arsenal side lost 4-1 to Chelsea in Baku.

History on Arsenal’s side

The good news for the Gunners is that they’ve been here before. Arsenal have progressed from both of their last two European knockout ties where they lost the first leg; 0-1 v BATE Borisov in February 2019 in the Europa League and 1-3 v Rennes in March 2019 during the same competition.

But, for both those games Arsenal were managed by Unai Emery, who takes charge of Villarreal this evening.

This will be the sixth time Arsenal and Villarreal have met in competitive football. Last week’s first leg was the first match that Villarreal have won against the Gunners with Arsenal claiming two wins over the Spanish side and the final two games ending in draws.

The first four times the sides met were over two legs in the Champions League with Arsenal making it through both times on aggregate;1-0 in 2006 and 4-1 in 2009. 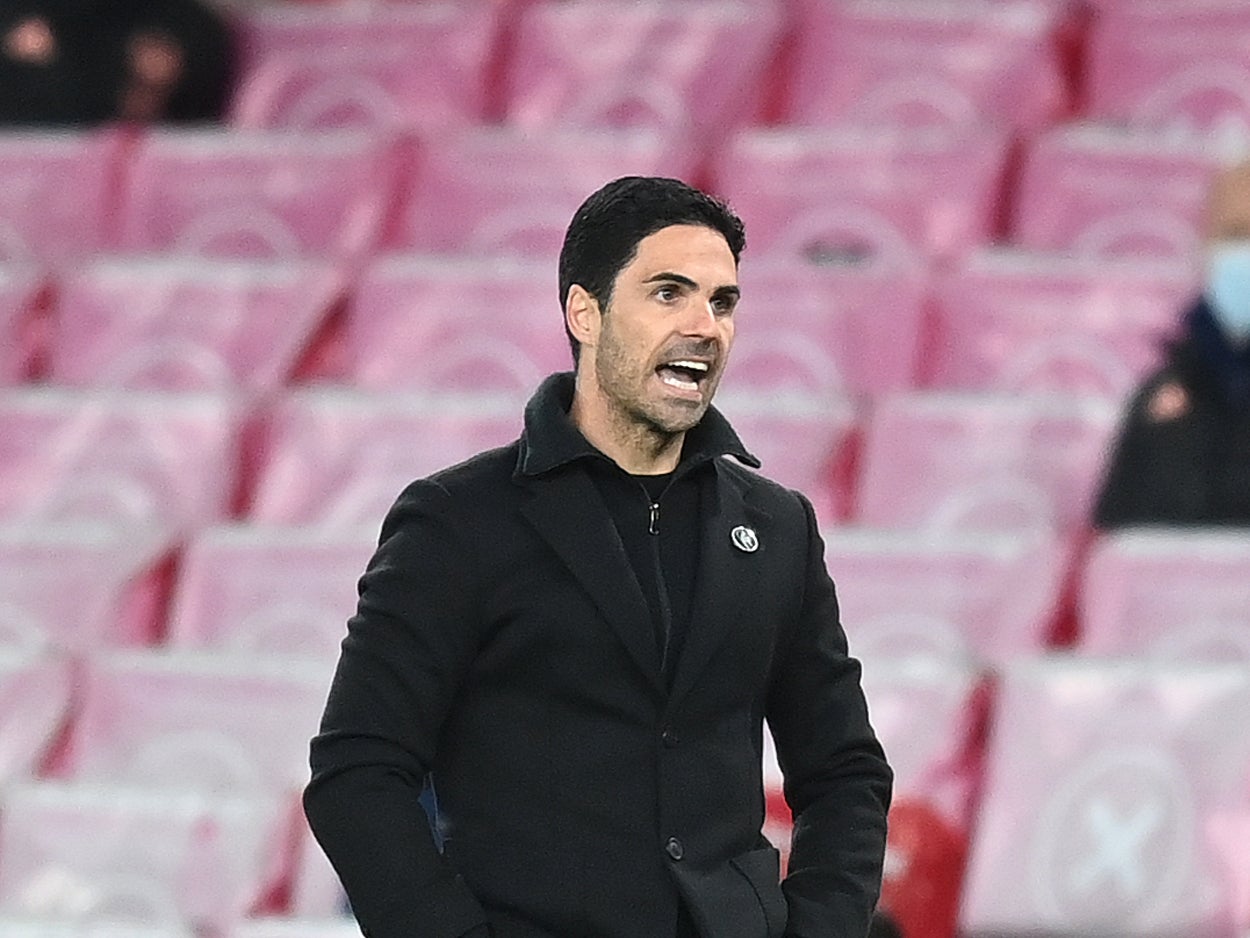 Tonight’s game is probably the most important match in Mikel Arteta’s time in charge of Arsenal. After a poor season in the Premier League the Gunners need to win the Europa League in order to qualify for European competition next season and first they need to get to the final. Arteta knows the importance of the game saying:

It’s a big moment, not for me but for the club, for everything that has happened in the last two years, in the last months.

“I think it will be really important and our biggest step forward if we are able to be in that final and have the opportunity to win that trophy.”

Mikel Arteta makes two changes to the Arsenal starting XI. Captain Pierre-Emerick Aubameyang returns to the side as does Hector Bellerin which means there’s no place for Calum Chambers in the back line. Dani Ceballos is also out after picking up a red card during the first leg.

There are two changes as well for Villarreal. Tottenham loanee Juan Foyth is out of the squad despite starting in the first leg and another former Tottenham player, Etienne Capoue, is also suspeneded after his red card a week ago.

Villarreal followed up their 2-1 victory over Arsenal with a 1-0 win against Getafe in La Liga. They take their winning momentum into tonight’s fixture where a clean sheet will be enough for them to reach the Europa League final. Arsenal were also back to winning ways as they defeated Newcastle 2-0 in the Premier League. Captain Pierre-Emerick Aubameyang scored on his return to the side and he’ll be hoping to add to his tally this evening.